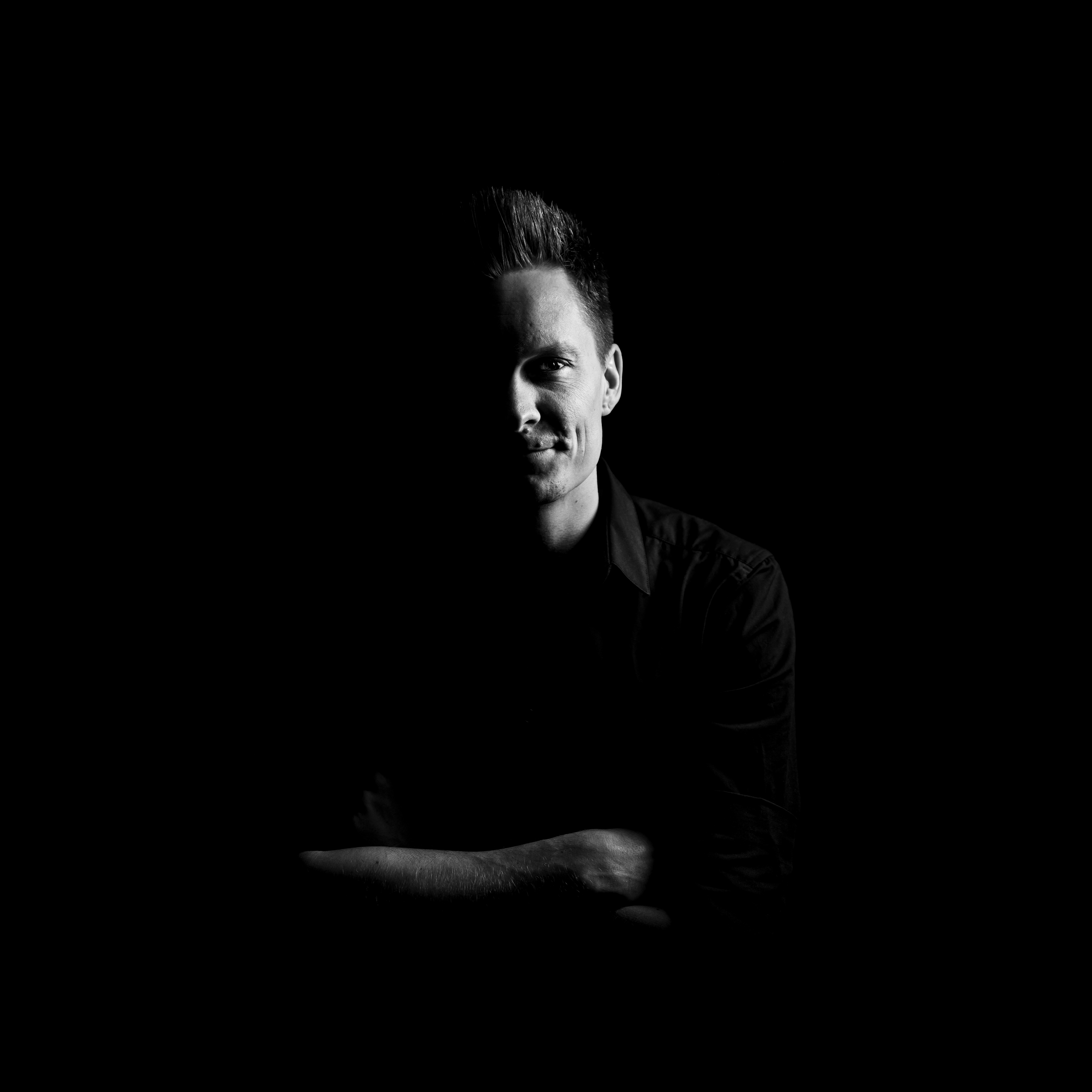 WPJA’s 2019 Artistic Guild Photographer of the Year says he couldn’t have asked for a better training ground for his craft than the years he spent as a newspaper photographer. Jesse La Plante sees many parallels between the demands of shooting weddings and spot news photography, among them thinking on your feet, working well under deadline pressure, shifting easily between reactive candids and proactive portraiture.

“When I sit down and think about it, the transition from photojournalist to wedding photographer, for me at least, was a seamless one,” says La Plante, a WPJA veteran since 2014 who now makes Colorado his home.

La Plante’s creativity shines through in his couples’ portraits, 26 of which grace his prize-winning 2019 AG portfolio.  For La Plante, portraits provide a much-needed break during the wedding day from fly-on-the-wall photography. “On the wedding day, ninety percent of what we shoot is candid,” he notes. “This isn't to say that nobody knows we're there. It's just that we don't direct or pose anything. We allow events to unfold naturally and capture all of the authentic moments that arise throughout the course of the day.” Given that reality, La Plante enjoys the total control that portraiture gives him over each frame. “Like a painter with a blank canvas or a sculptor with a block of marble, we're afforded the privilege of creating something from nothing,” he says. “Making creative portraiture is a necessary outlet for us as artists. It allows us to breathe and recharge periodically throughout the wedding day.” 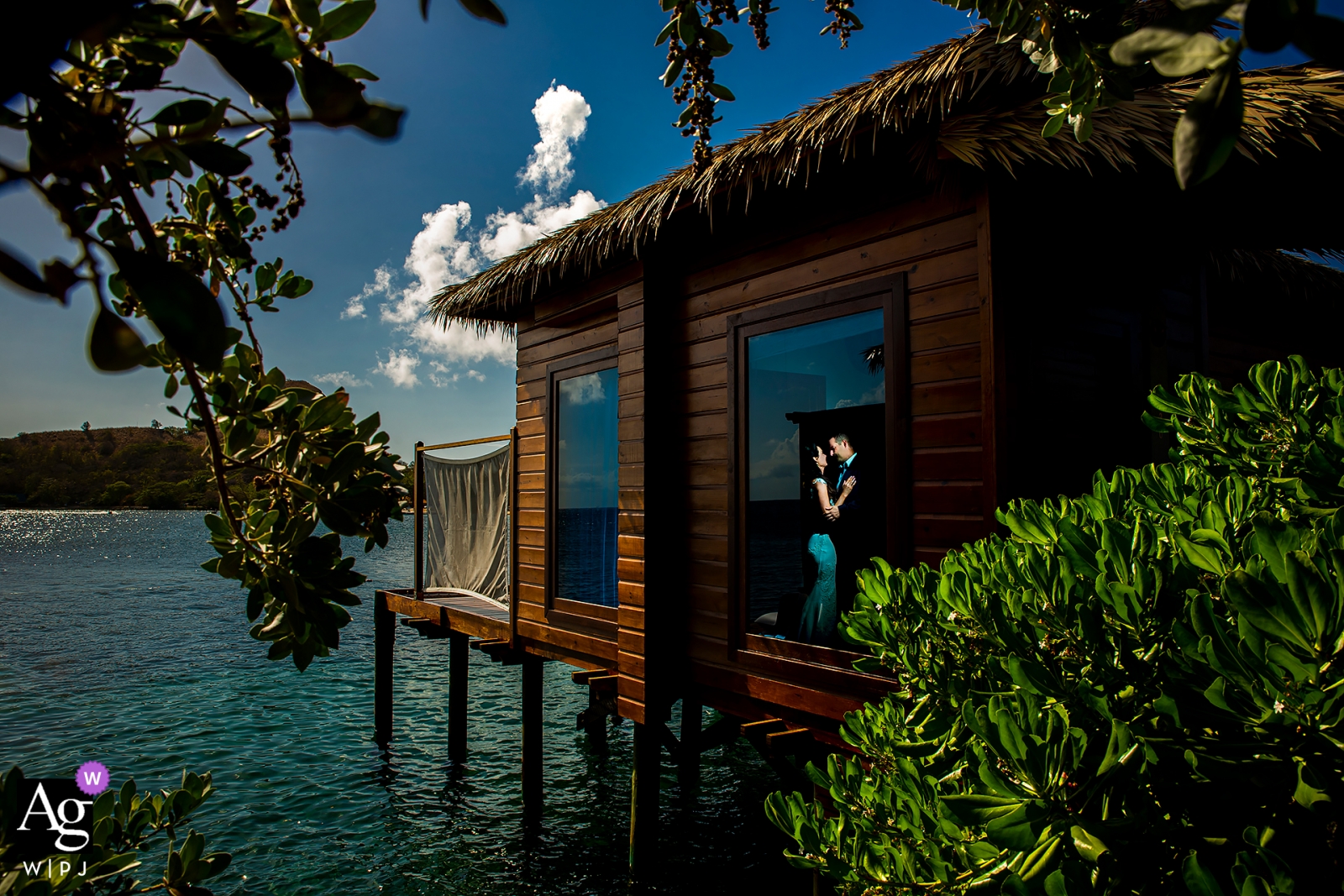 Naturally, La Plante fields many questions from others in the field about where he finds the inspiration for his distinctive portraits. His answer: He finds it everywhere, but mainly in sources outside the wedding industry. Movies, paintings, architecture, dreams, random conversations, literature – all these and more filter through his consciousness when he’s staging a portrait. “Sometimes, I have the entire portrait session story-boarded in my head before we even begin shooting. Other times, I have no preconceived notions whatsoever and we just dive in and see where inspiration takes us.” Invariably, it takes him in a dazzling direction. He is a master of on-site lighting, and augments and enhances natural light to dramatize his portraits. 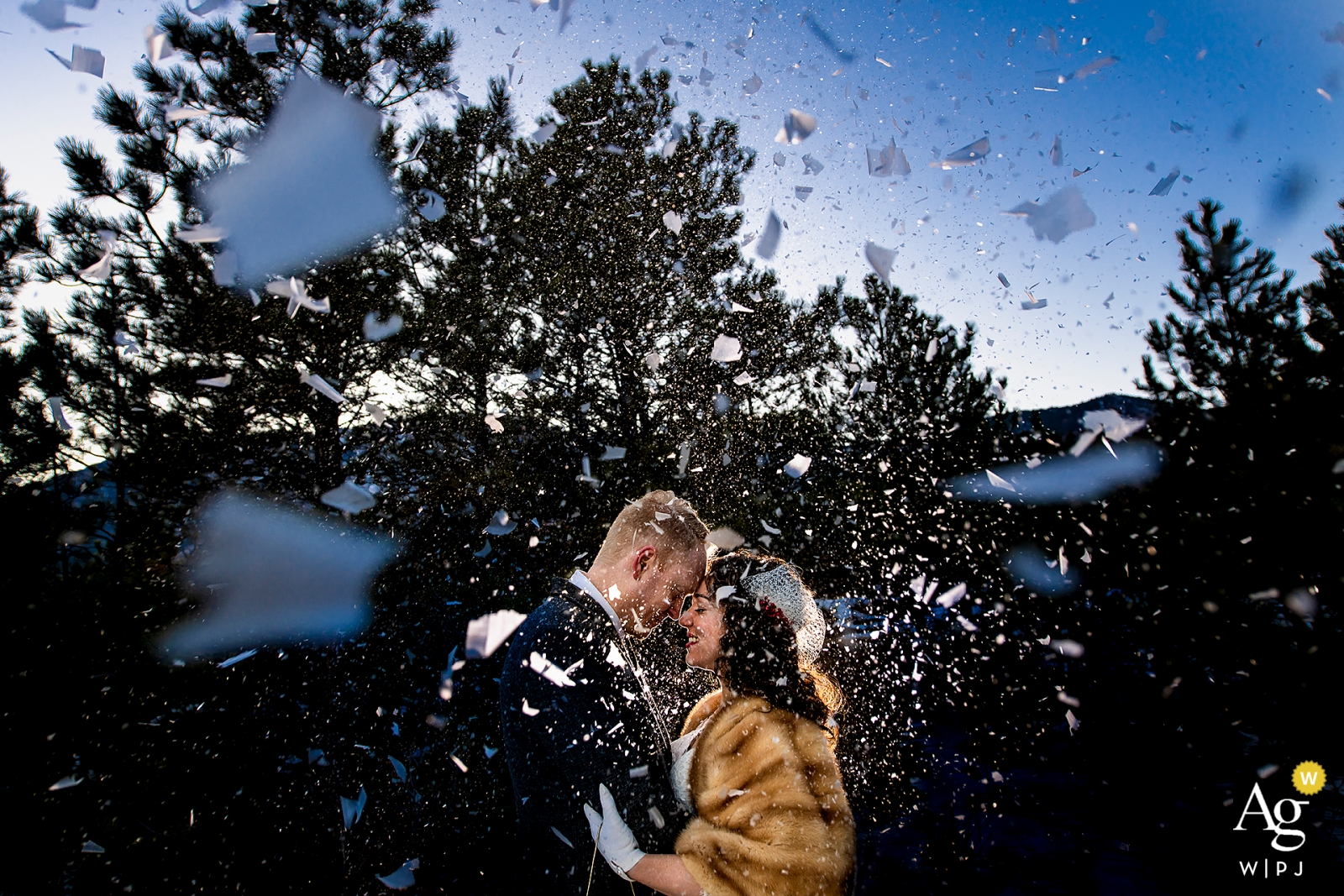 La Plante, owner of J. La Plante Photo, derives some of his considerable inspiration from the mountains near his Boulder home, where he often can be found skiing when not on a wedding shoot. He likes to joke that his studio has two seasons: wedding season and ski season. “I can’t imagine a more perfect setting for a wedding photographer,” he says of his location. 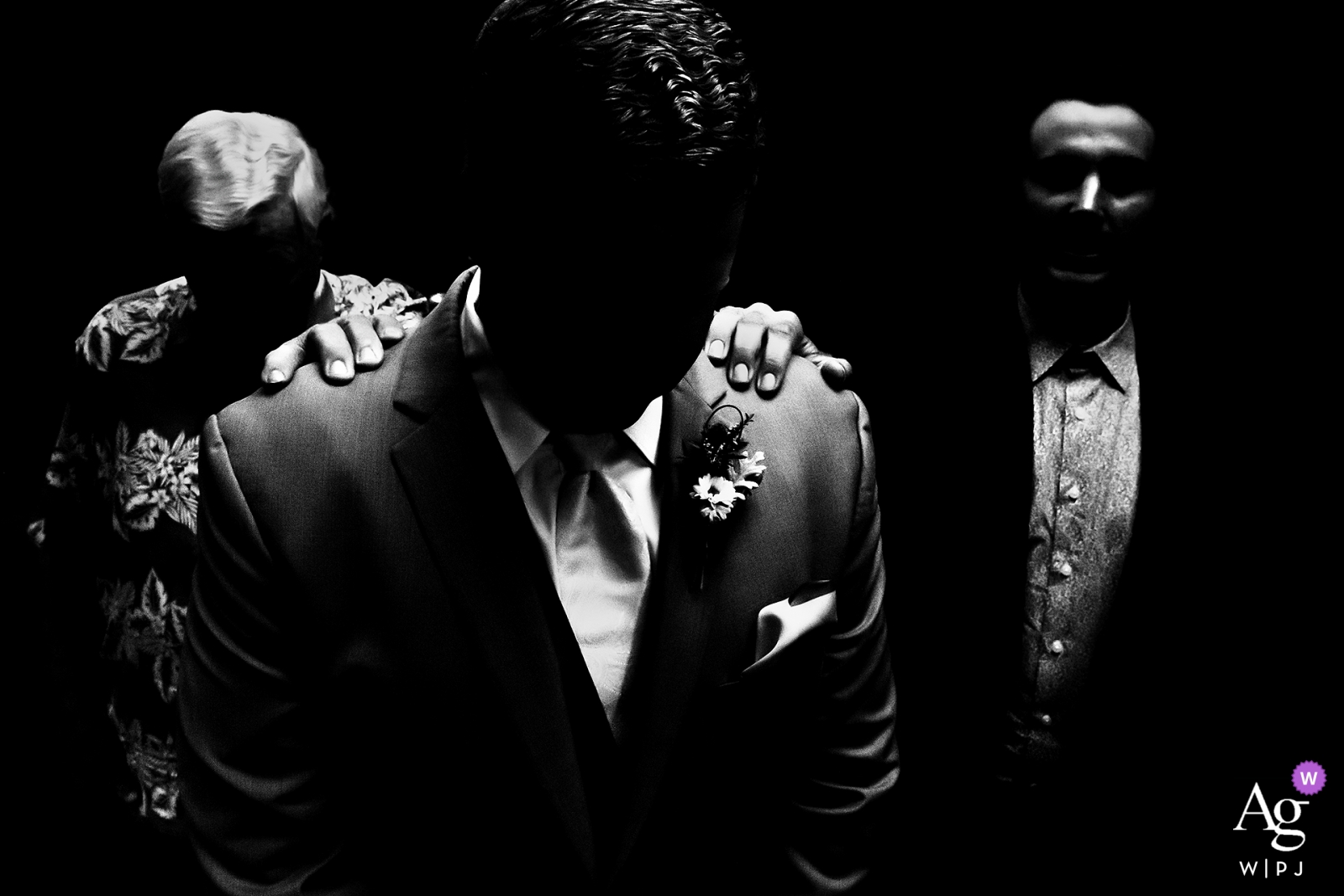 Wedding photography has abetted La Plante’s love of travel. He and his wife Moira have been to every state and to 18 foreign countries – sometimes for work, sometimes for pleasure, often for both. The couple recently began teaching their own wedding photography workshops, which they fit in when they’re not on the slopes, checking out the music scene at Red Rocks, or quaffing Colorado’s raft of craft beers.

Given his penchant for artistic control, La Plante has some firm but kindly parting advice for couples who are planning a wedding: Don’t tie the hands of your photographer by limiting his or her creativity. All of his best shots, he says, “seem to have one common denominator. We're at our absolute best when the couple gives us carte blanche to do anything and everything we want to try. There's nothing sweeter to the photographer's ear than the words, ‘We trust you.’ 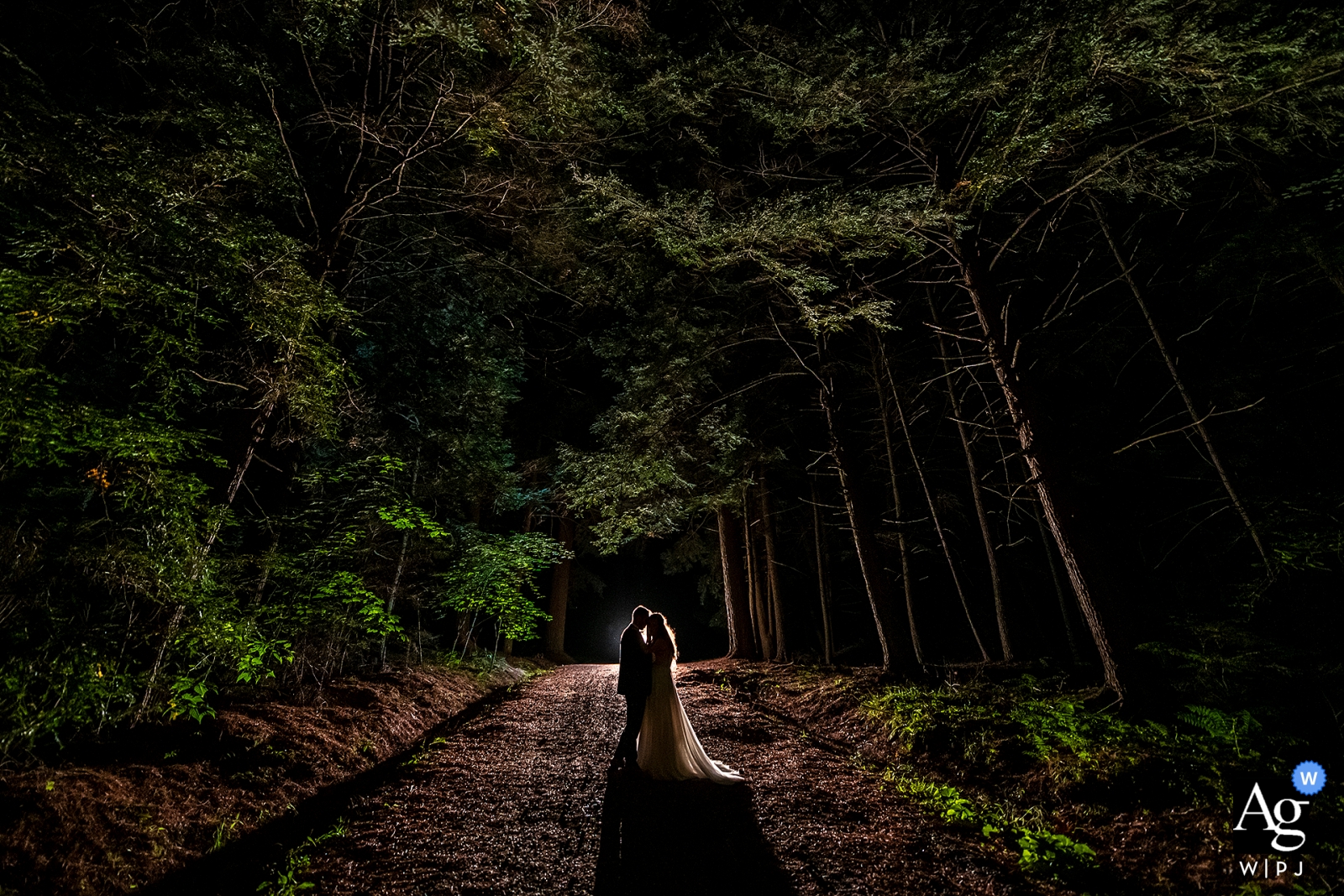 “Placing your trust in your photographer to create something beautiful is the single best thing you can do to ensure you receive amazing wedding photos. You might not know what they're going to look like, but you know they're going to be damn good.”