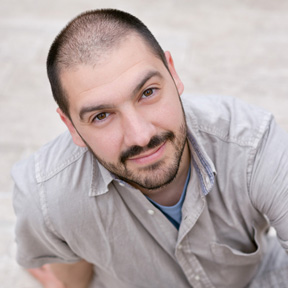 Andrea Cittadini tells the newlywed’s story by capturing the natural emotions and the narrative of the day through his lens, in brilliant detail. In telling their story, he not only captures the present moment but also the moment that speaks to their past and to an auspicious future. In short, his artistic wedding photojournalism tells a narrative that stands outside of time.

To capture clear, emotional photography is Andrea’s aim. He follows emotions as they flow throughout the day. From father to daughter, bride to groom, mother to son, and so on, there’s a wealth of poignant feelings, crystalized through Andrea’s lens. Elated, nervous, wistful, relieved—whatever his subjects express becomes nearly tangible through his photographs.

Andrea says, “I love the camera’s ability to stop an emotion forever. It truly excites me! It has the ability to move without compromise and the power to make the heart beat faster.” The results are nothing less than wedding photojournalism that is vivid, moving and cinematic. 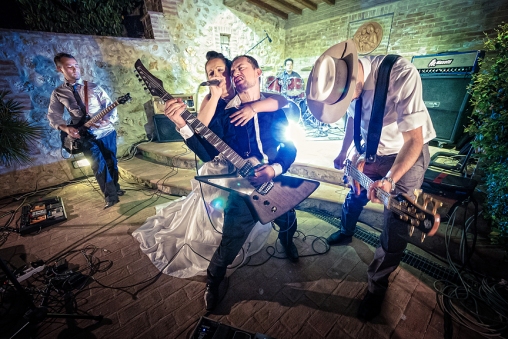 Andrea’s career began ten years ago, shortly after graduation. He learned the trade by first, studying basic photography techniques and later, working as an assistant to classic professional photographers. About wedding photography, he says, “I almost immediately spotted in marriage a world full of stories to tell, always different and always stimulating.” The fine art aspect to his work came only after discovering AG/WPJA.

Keeping a low profile while photographing, Andrea is careful not to affect the natural course of events. This is an important key to capturing his subjects in their truest form, since people become more guarded when they know they are being photographed.

On the topic of his work style, he says, “I love photography that tells the story of life, the real life, not a built one. I want people to recognize themselves in my photographs, rediscover feelings, emotions and situations they actually lived.”

Andrea not only treads lightly and inconspicuously throughout the event but also in post-production. His aim is to use technical applications with results that are clear but not overbearing and intrusive. The effect of heightening the contrasts brings more clarity and focus to the image.

When it comes to infrared photography, he departs from the physical ‘reality’ of the setting to draw out stark contrasts. Skies become darker, clouds whiter, trees and meadow are white as well, to create an otherworldly, almost magical setting.