Are you looking for reasonably priced Pennsylvania elopement photography that will allow you to have your outdoor wedding recorded in a way that is both thorough and unique? Pittsburgh elopement photographer Kate Hagerty would love to hear from you if you are preparing to organize a simple affair that might be a tiny, backyard, church, intimate, or another type of non-traditional marriage celebration. The following small wedding took place at a private home in Squirrel Hill in the East End of Pittsburgh, but Kate is available for intimate weddings in or around all of Pennsylvania. For more details about having this PA candid photographer competently document your small wedding, contact Kate Hagerty as early as possible. 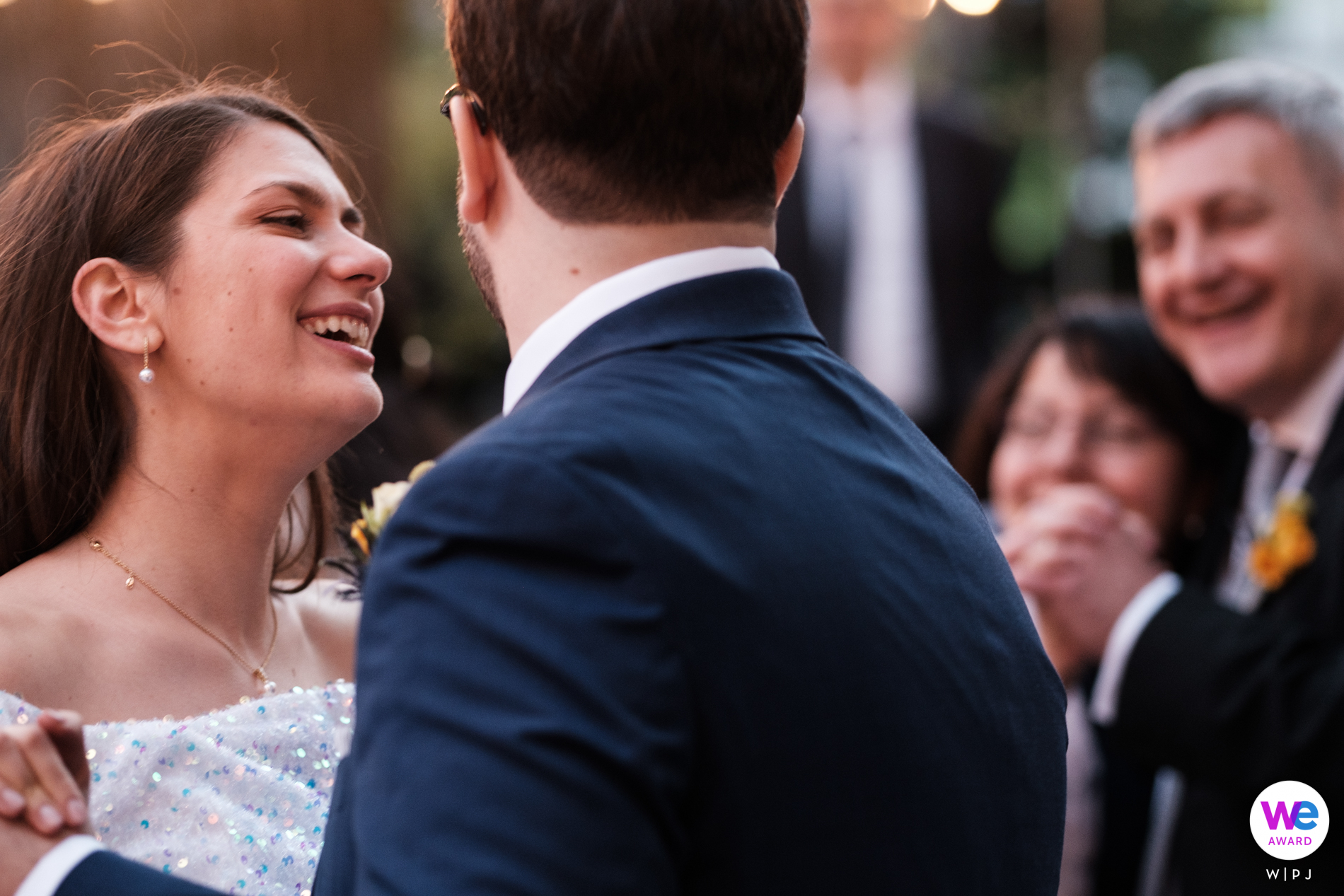 Bruno's parents lecture Bruno on the finer points of romance during his and Agnese's first dance.

Bruno and Agnese met in Paris when they were both there completing their graduate degrees. They were both born in Italy, Bruno's family having emigrated to the United States when he was a young child. The two had planned to marry in Italy, where Agnese's family still lives, but before they could make the trip, Bruno was diagnosed with a recurrence of leukemia, which he had battled as a teenager. In light of his diagnosis, the couple decided to stay in Pittsburgh, where Bruno's father works as an anesthesiologist, so Bruno could complete his cancer treatments without the additional burden of traveling during the pandemic.

While Agnese had to get married without her parents and sister by her side, as covid restrictions had blocked travel from the EU, she had the support and love of Bruno's family, who welcomed her as their new daughter without reservations. Bruno and Agnese had decided even before their wedding that they would live in his parents' house for the following year while Bruno underwent treatment for his leukemia.

Even though they certainly missed the beauty of Italy, Bruno and Agnese were blessed with an uncharacteristically sunny and idyllic day in Pittsburgh. They served arancini, a popular street food where Agnese is from, along with catered tacos and cake, at their reception. They even had a friend from Italy there to join them, who is currently in a Ph.D. program at Notre Dame. 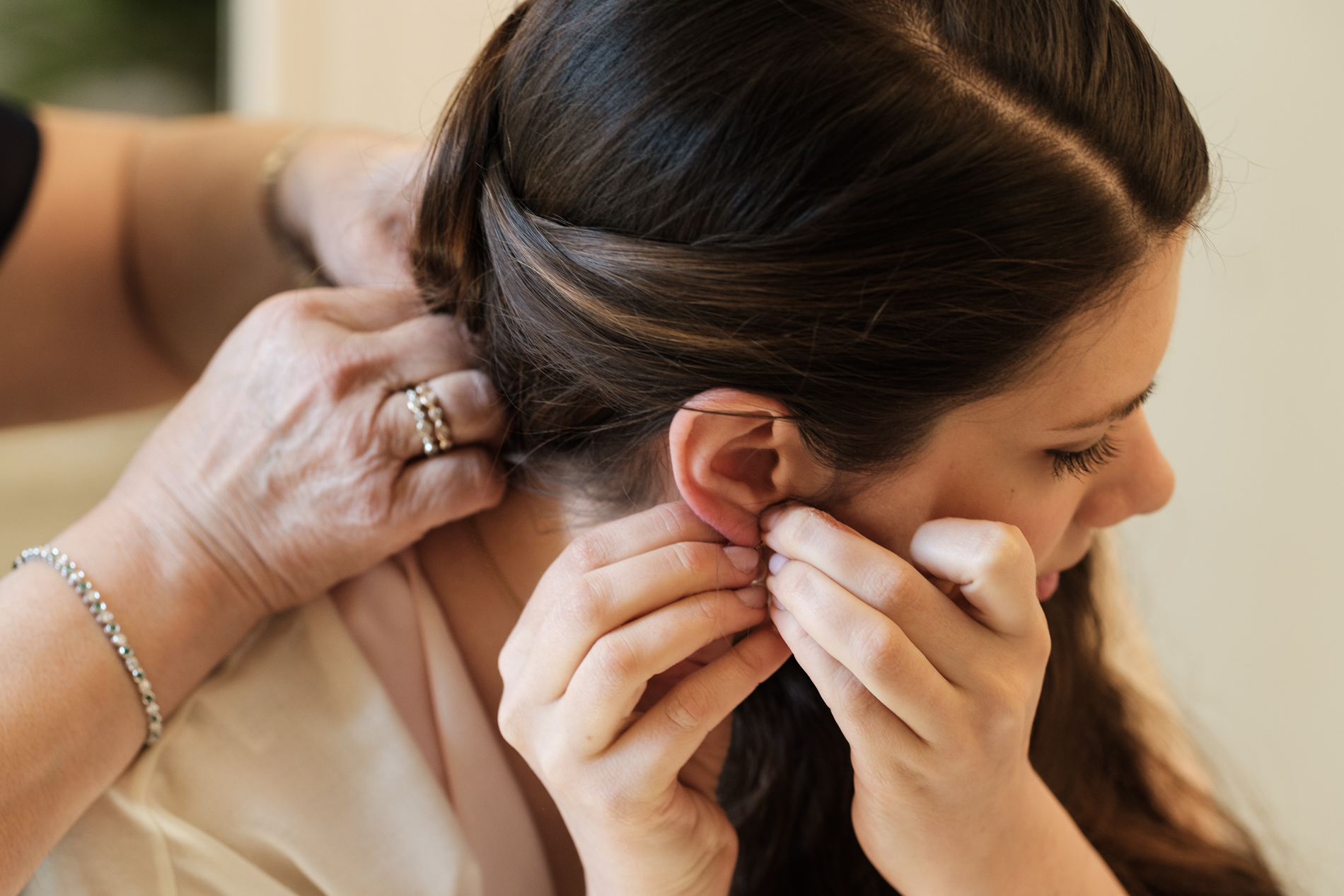 Agnese gets ready for her wedding at Bruno's family home in the Squirrel Hill neighborhood of Pittsburgh. Bruno's mother helps Agnese put on the jewelry she received as a gift from Bruno's parents.

Pittsburgh, PA Wedding Bridal Photo as she descends the stairs at home for backyard elopement 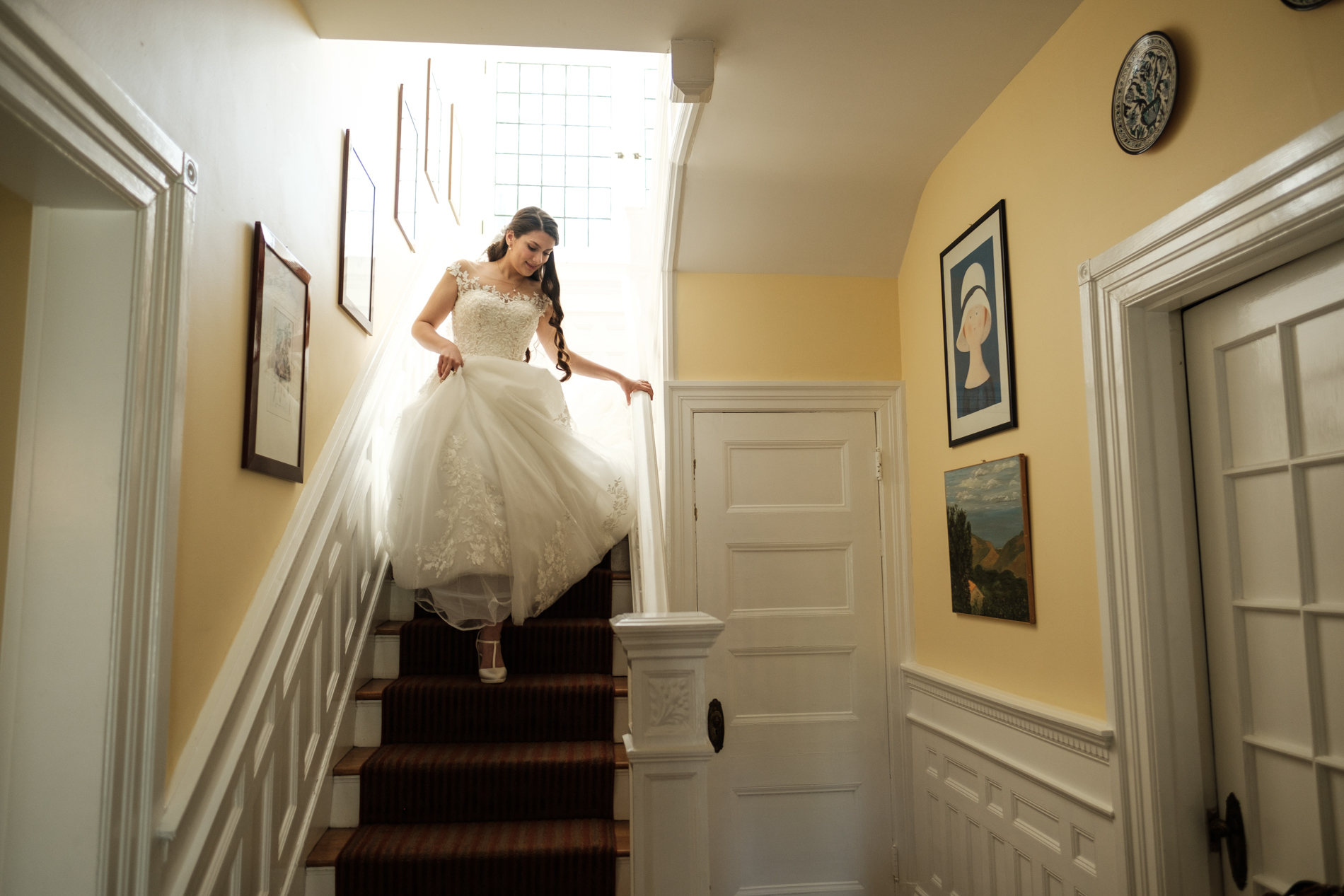 Agnese descends the stairs. The dress she's wearing took a journey from Turkey, where it was made, to Paris, where Agnese and Bruno met, to Italy, where they originally intended to marry, to Pittsburgh, where they ultimately held their wedding. Agnese had never tried the dress on until it arrived in Pittsburgh. She bought it second-hand, sight unseen, on the internet. 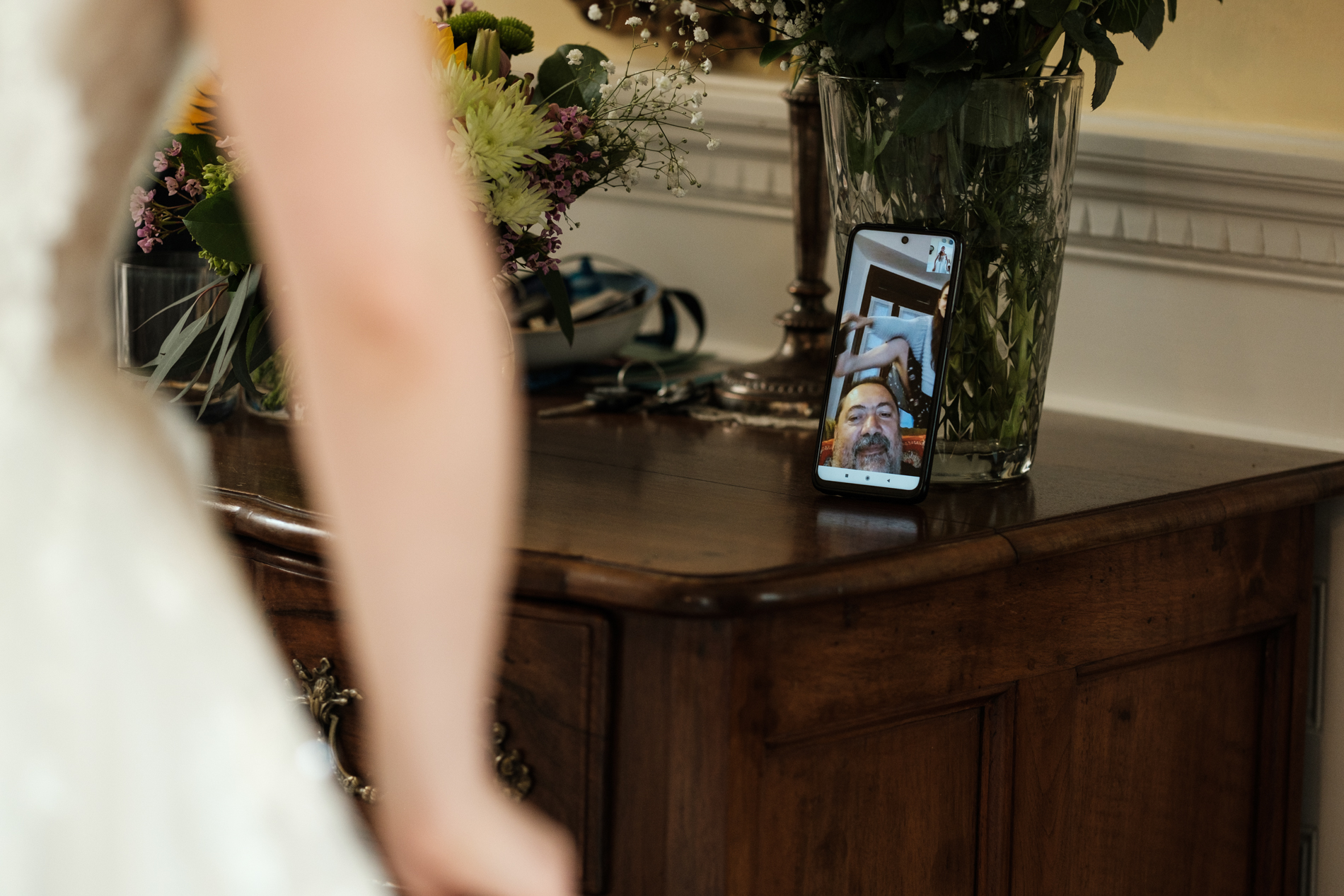 Agnese video calls her parents in Italy before she leaves Bruno's family home for the wedding ceremony. Due to covid travel restrictions, her family was unable to attend the wedding. 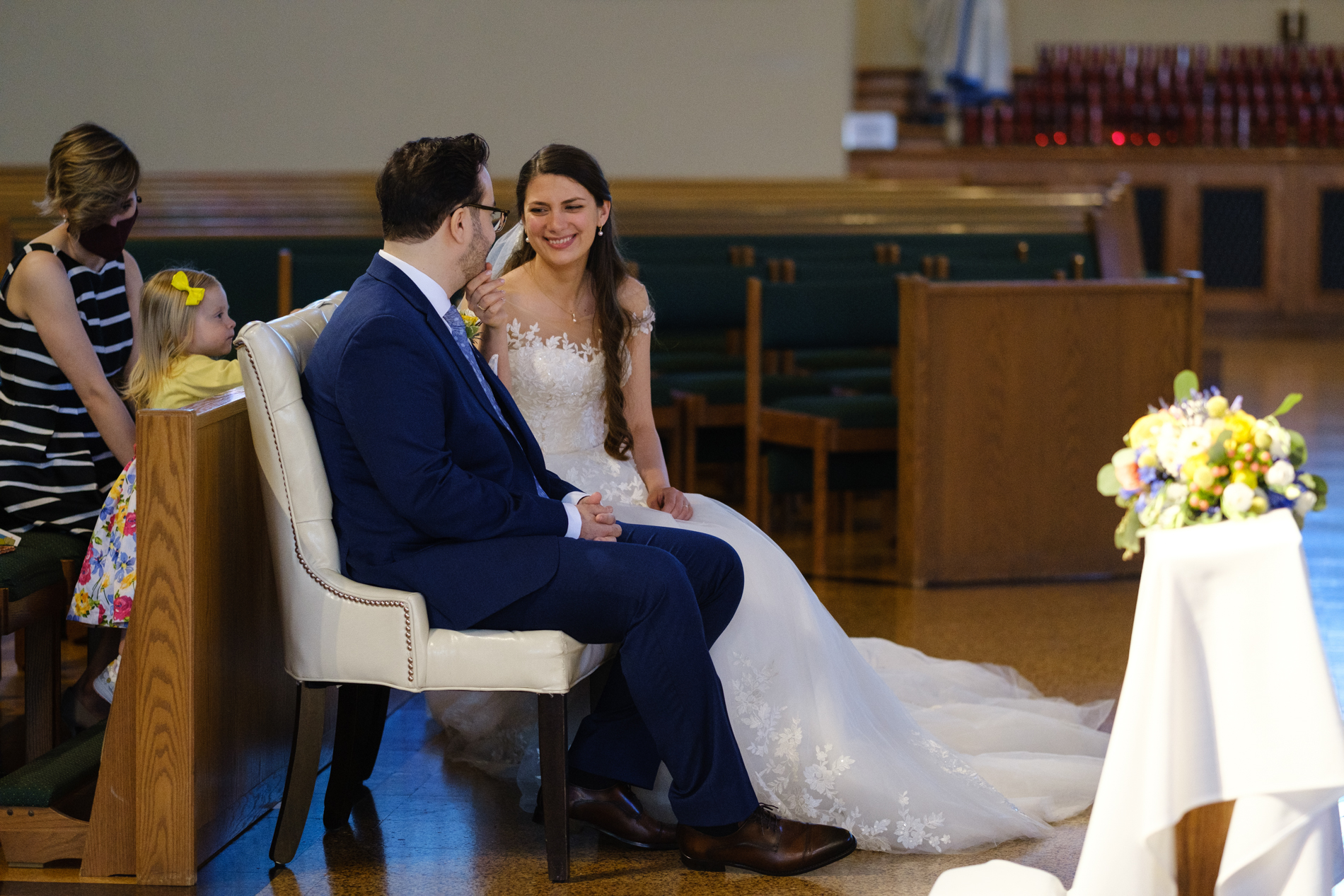 Bruno and Agnese share a private moment during their ceremony at Saints John & Paul Catholic Church. 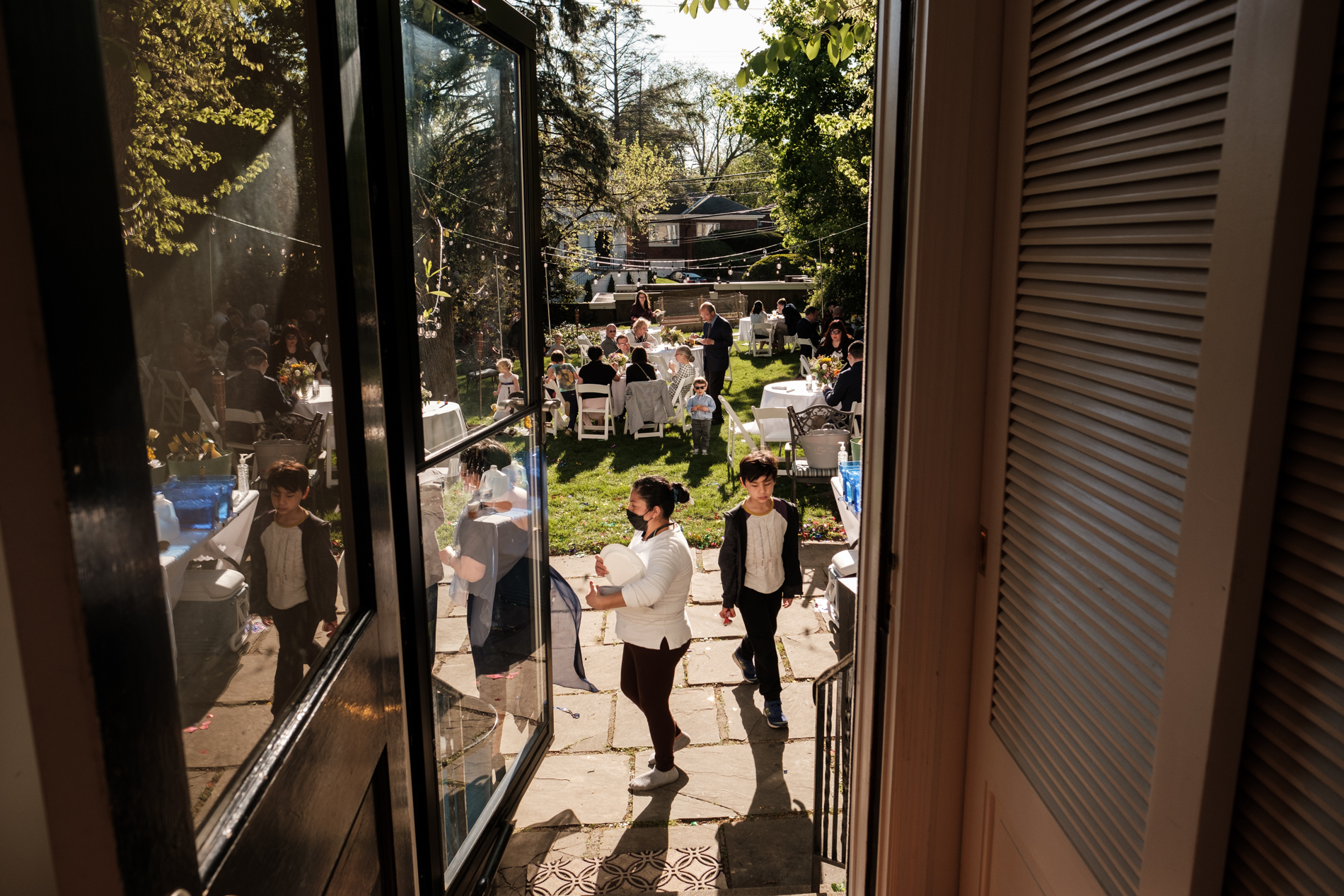 Bruno's family hosts a small wedding reception for Bruno and Agnese at their home in Pittsburgh. About 25 people attend. 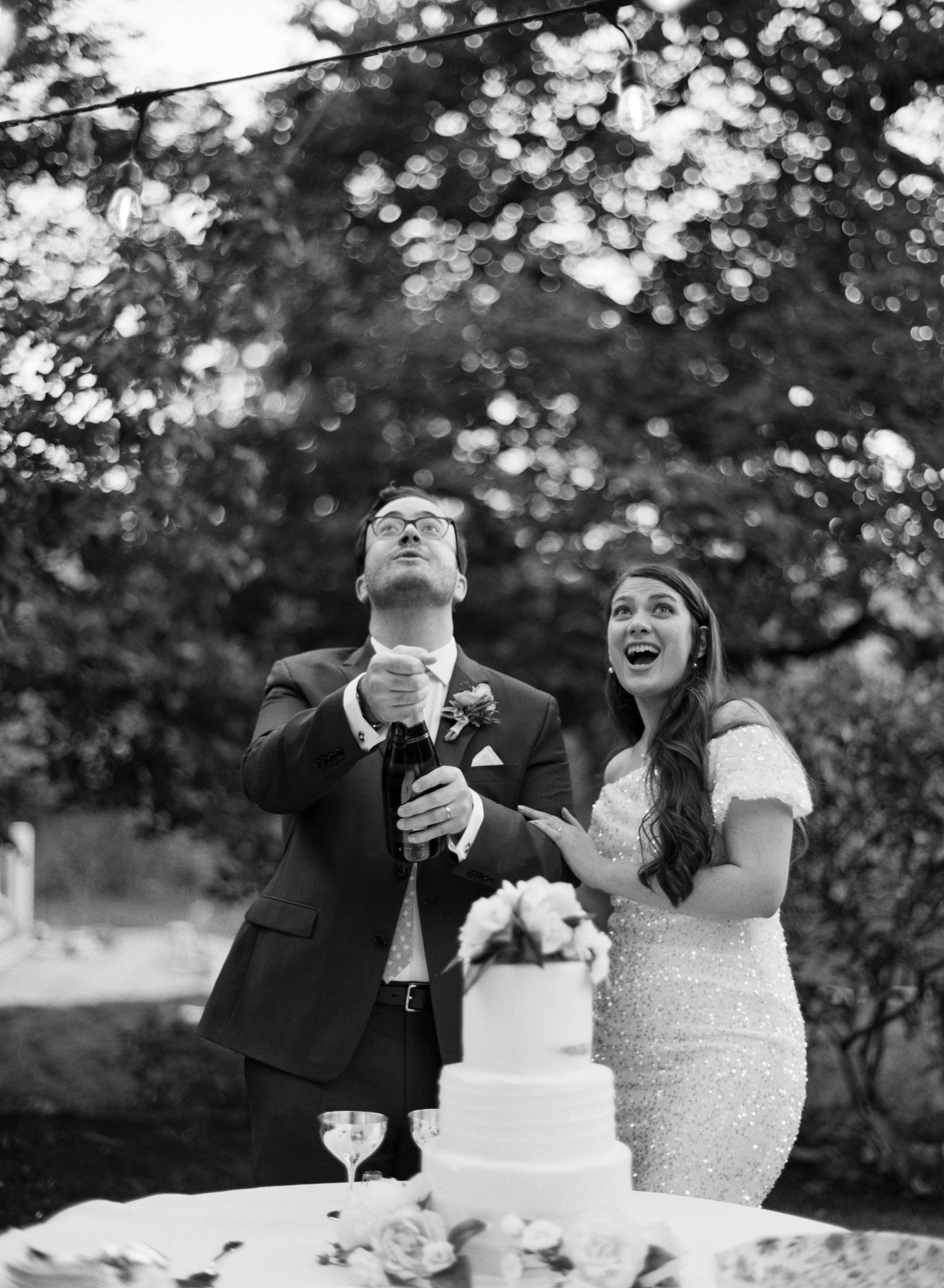 The newlyweds uncork a bottle of champagne at their backyard wedding reception. 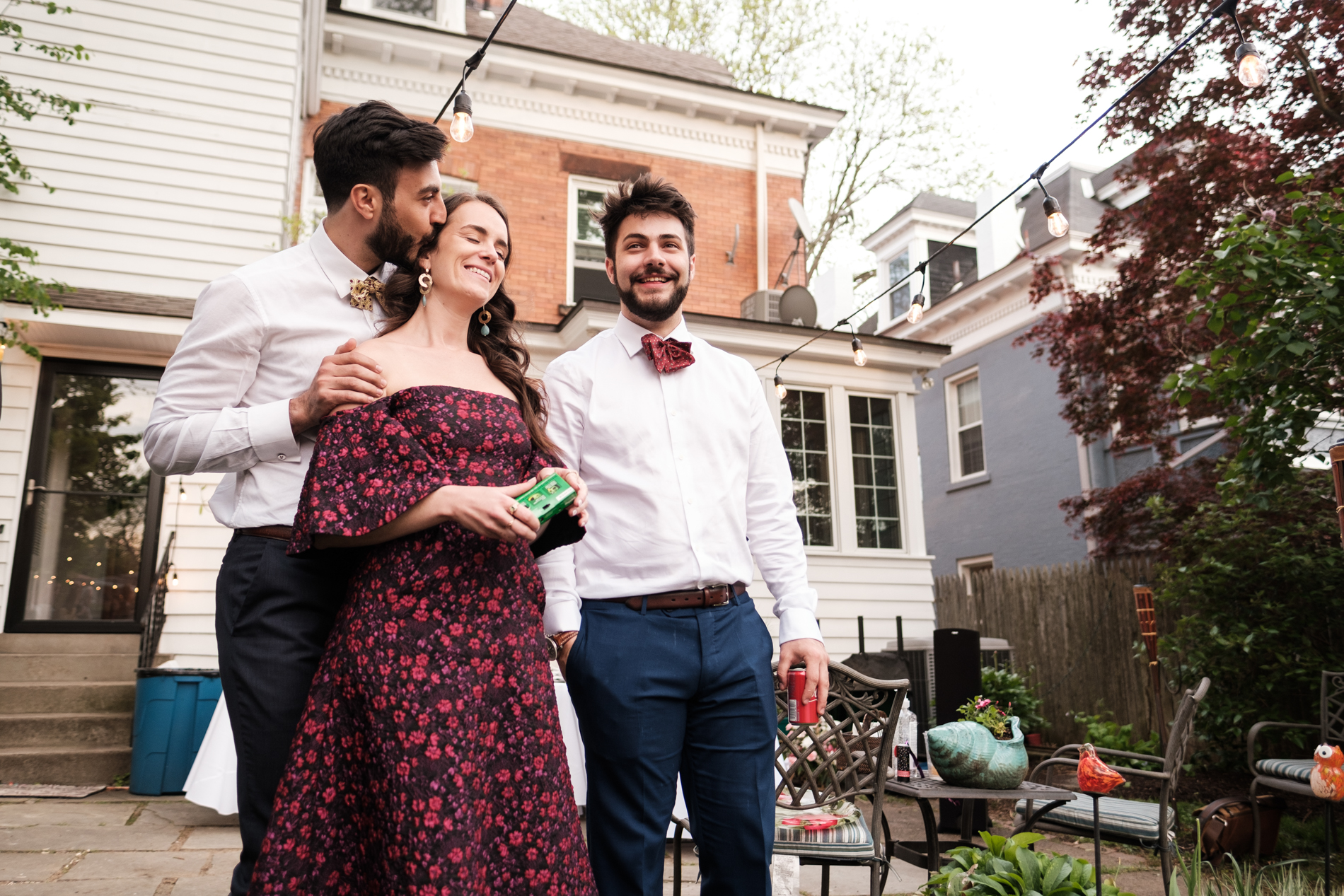 Bruno's brothers and soon-to-be sister-in-law stand by as Bruno and Agnese cut their cake. One of Bruno's brothers was just about to graduate from high school while the other is in his residency at a medical school in New York. 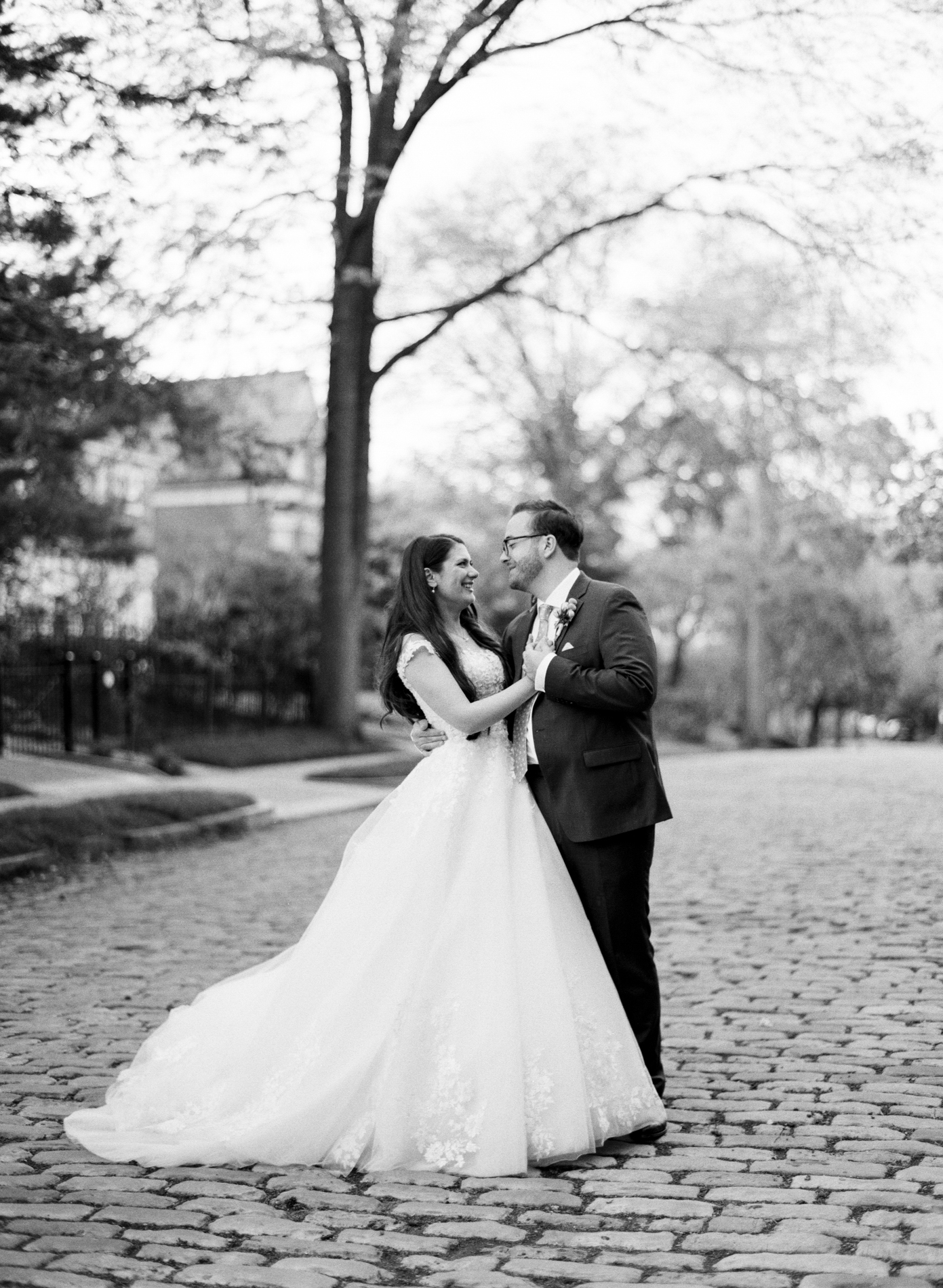 Bruno and Agnese pose for a quiet portrait on the cobblestone street in front of Bruno's childhood home.