Are you looking for affordable New York elopement packages that will allow you to have your wedding documented in a way that is both detailed and genuine? NYC Central Park elopement photographer Kristy May would love to hear from you if you are planning to host a simple event that might be a micro, hotel, indoor, intimate, or another type of non-traditional wedding. The following small wedding took place in New York Central Park at the Ritz Carlton, but Kristy is available for smaller-scale weddings in or around all of New York. For more information about having this NY pro photographer easily document your elopement, contact Kristy May as soon as possible. 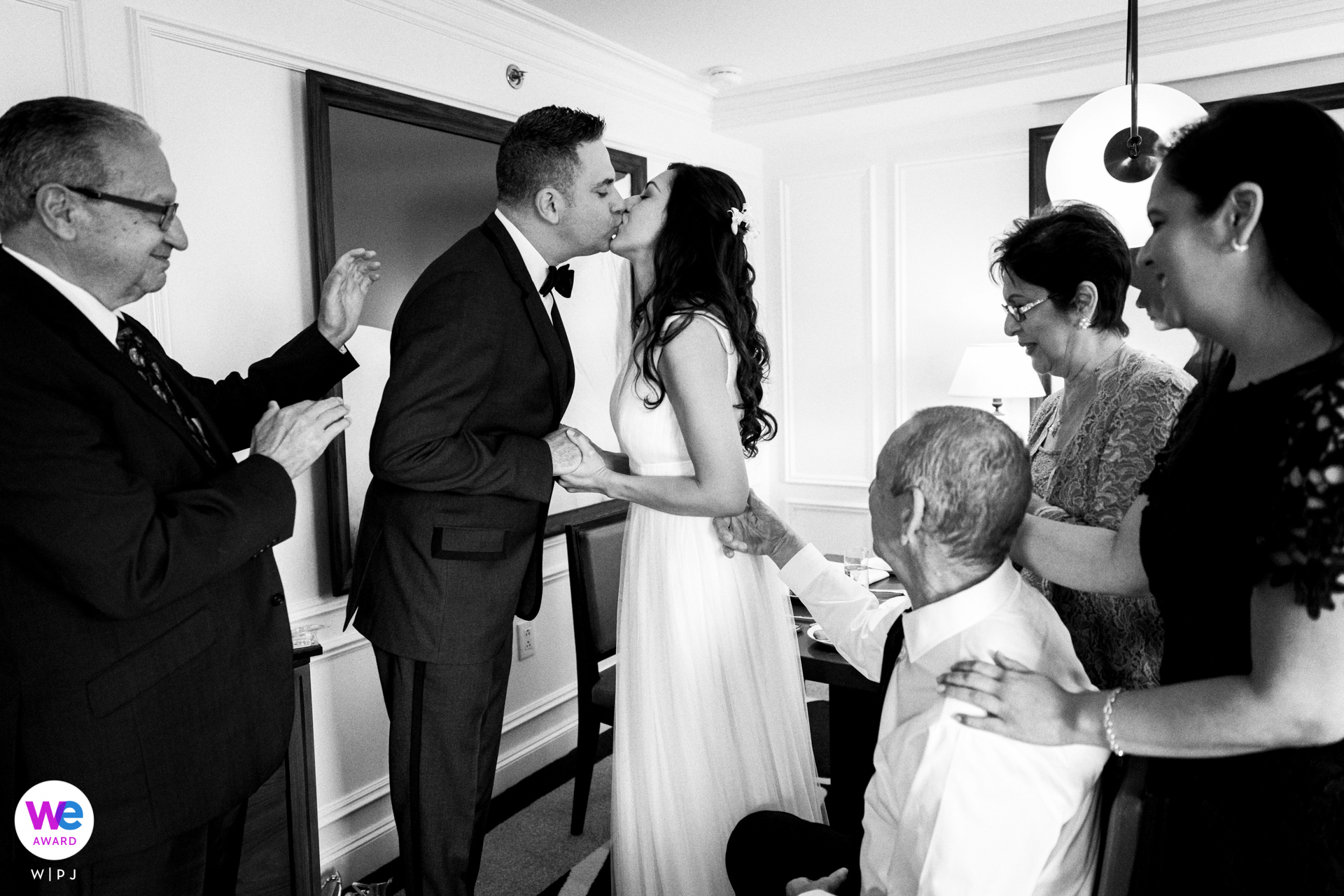 When I first received the inquiry for this wedding, I knew it was special. She wrote, ”I’ve never wanted a wedding, but life took a big turn since we recently found out my dad has stage 4 lung cancer. The important stuff becomes clear so quickly & I realized it’s important to celebrate the good things.” It was special to me because my own father-in-law had stage 4 lung cancer during our wedding. He wasn’t in the best shape then however, he was there. He even danced and stayed up late enough to get locked out of his room while having a good time! He died 2 months after the wedding.

So there we were all ready for the ceremony and her beloved father was in trouble. He appeared to be having a stroke. Paramedics were called. The officiant and I looked at each other and wondered if the wedding would take place or what would happen. No one knew what to do…at first. It wasn’t the ideal location (near the dining table with lunch remains) or the best timing (paramedics on the way), but all the important people were there. And so it would have to do. It was a wedding that needed to happen no matter what.

Surrounded by their families, the couple are married by Rev. Annie Lawrence in a brief but moving ceremony I will never forget. At one moment, her father reached out with his hand to touch her elbow. We heard the sirens and, for once, knew why. I don’t think there was a dry eye.

Just as it was finished, the paramedics arrived. With her father in good hands and not in immediate danger, the couple decided to make the most of their time with me. After a much-needed group prayer, we headed to Central Park for portraits. It was a 90-degree day, the last gasp of an Indian Summer. In spite of this, I wanted them to have beautiful photos and be a bride and groom for a while. It was a bittersweet day but I am glad I was there to document it. 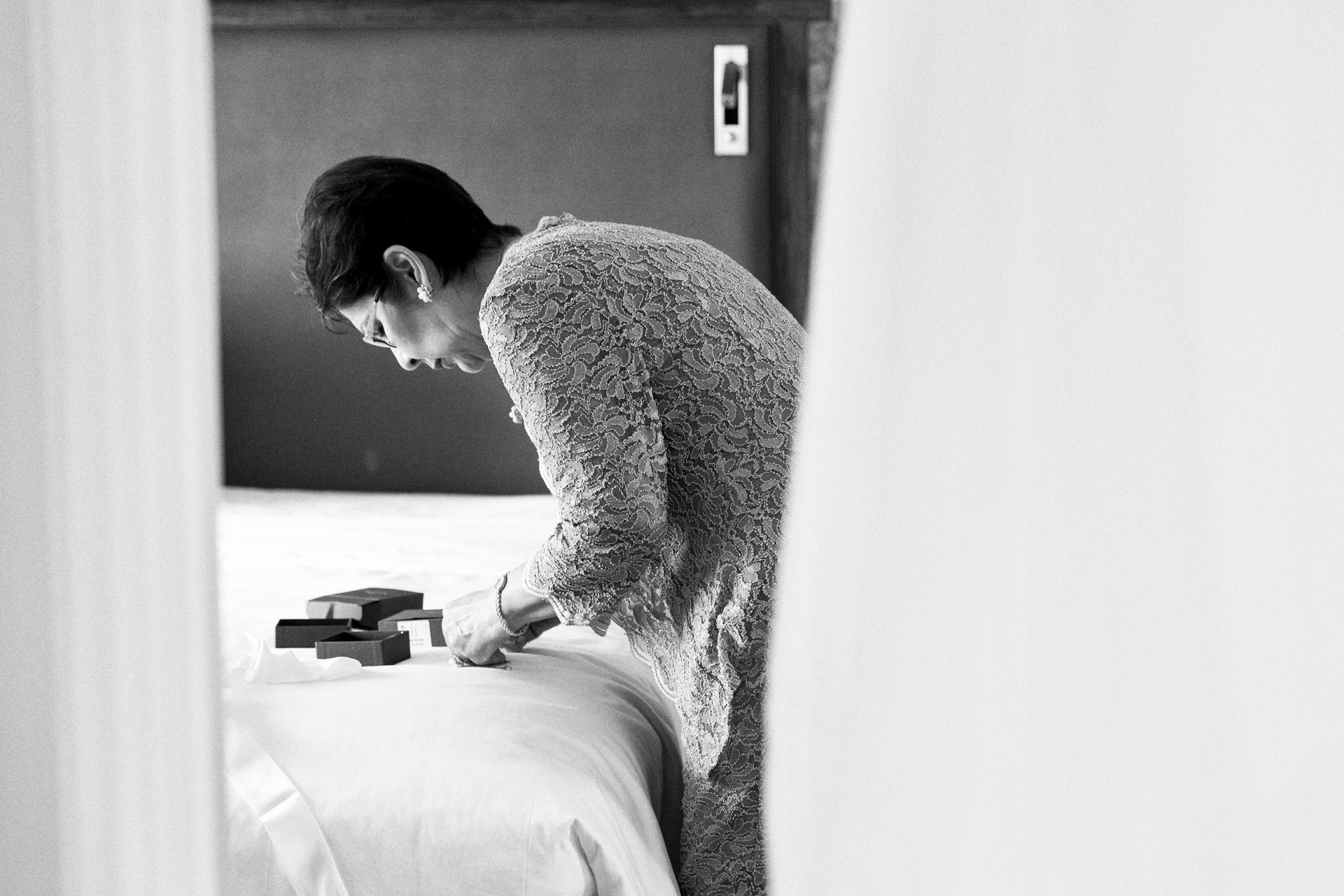 The bride's mother lays out details while her daughter gets dressed. While the bride was getting ready, the officiant had arrived and it looked like this intimate wedding in a beautiful Ritz-Carlton, New York Central Park suite would happen. But then in a matter of minutes, everything changed. 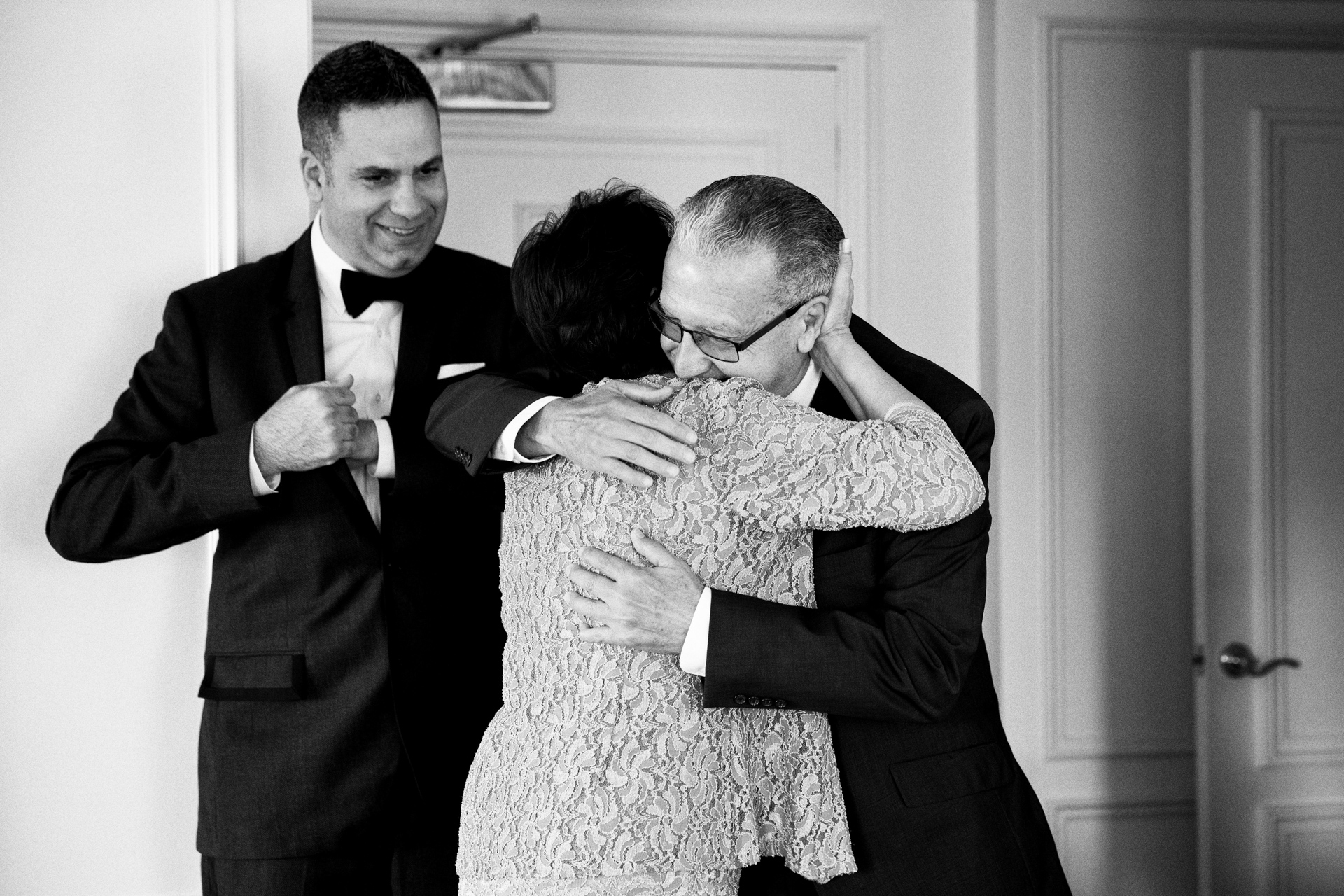 The groom's father arrives for the intimate wedding in a suite at the Ritz-Carlton. 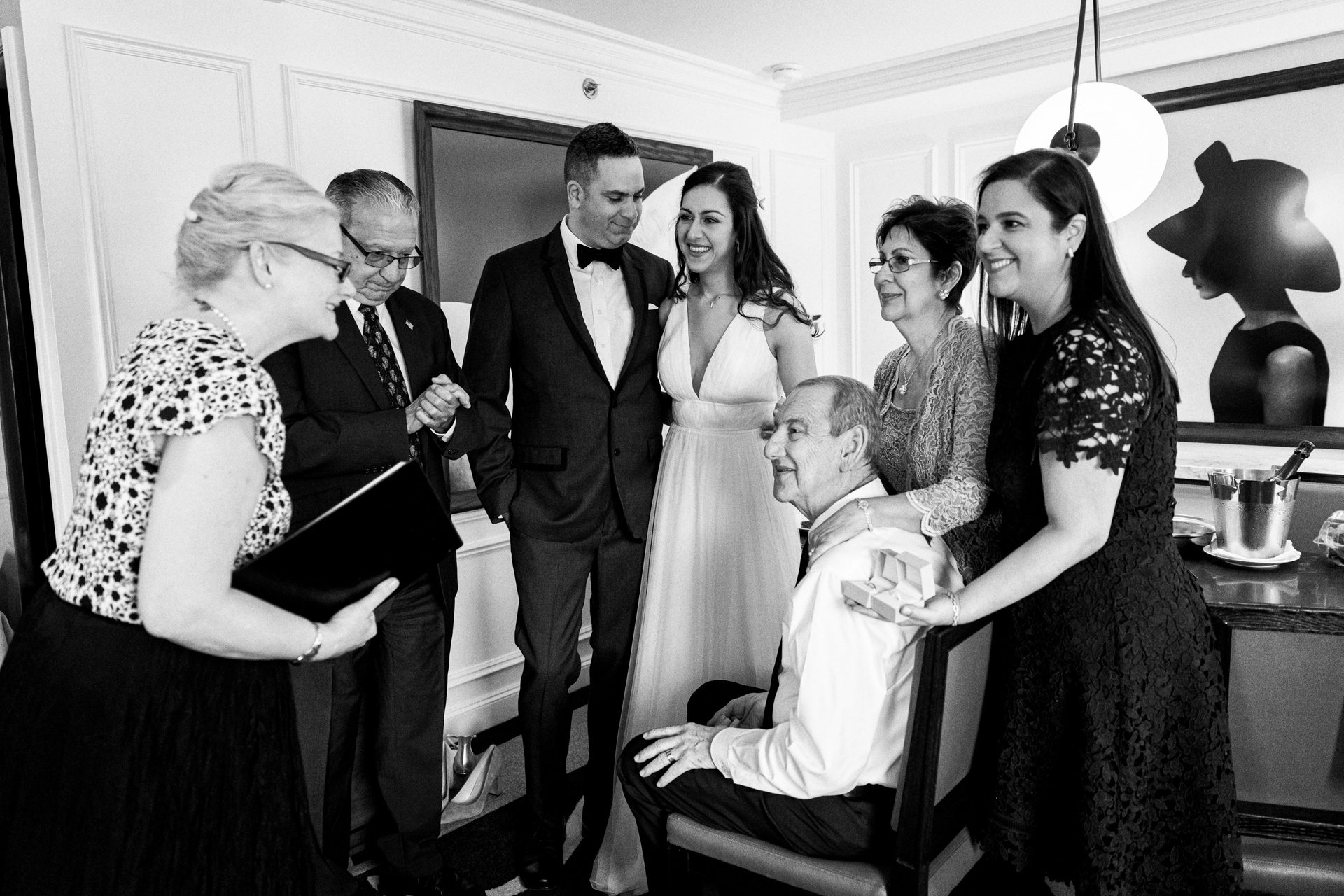 The bride father began to show signs of a stroke, so the officiant Rev. Annie Lawrence married the couple in a quick ceremony. 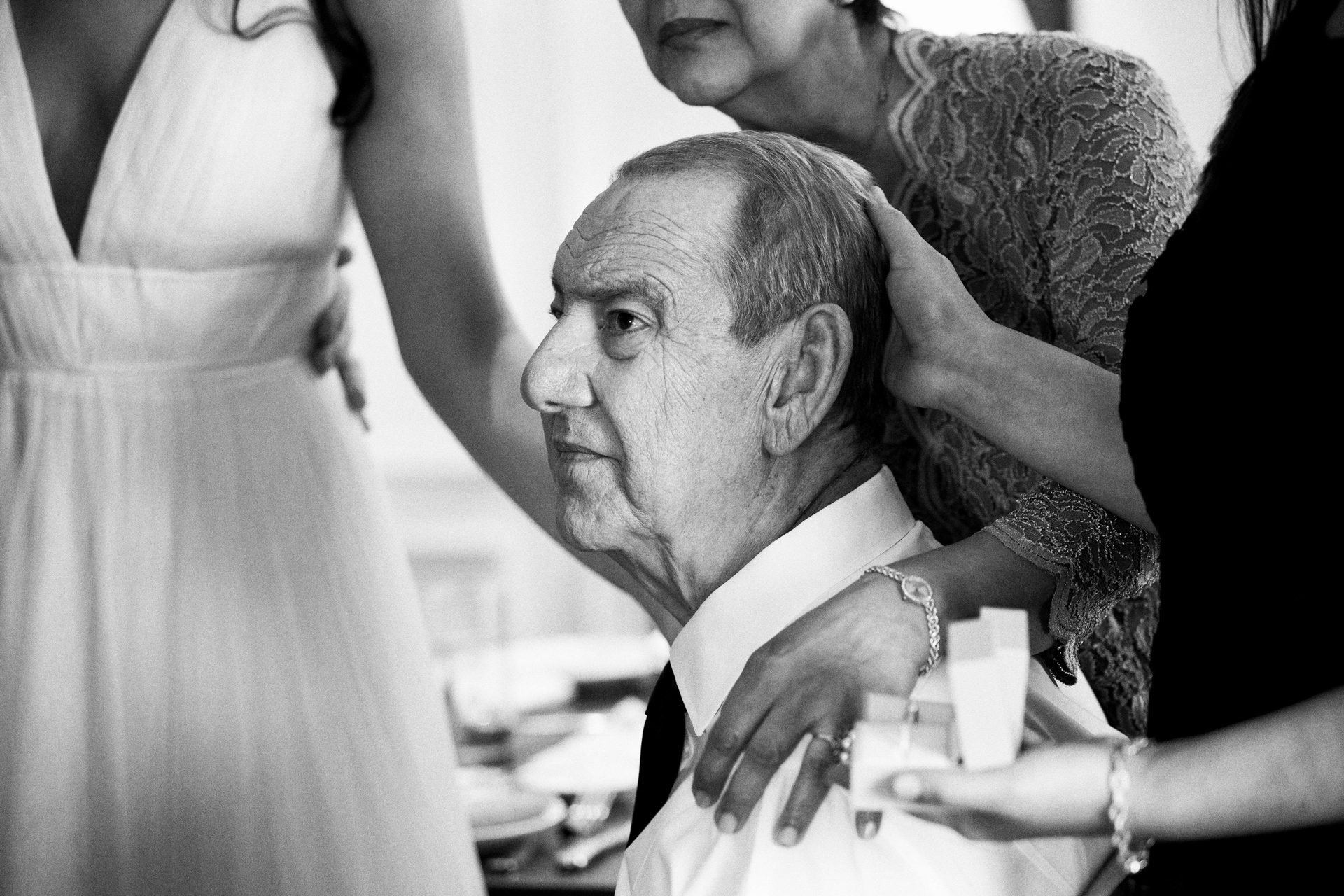 The family circled around her father where he sat for the ceremony. 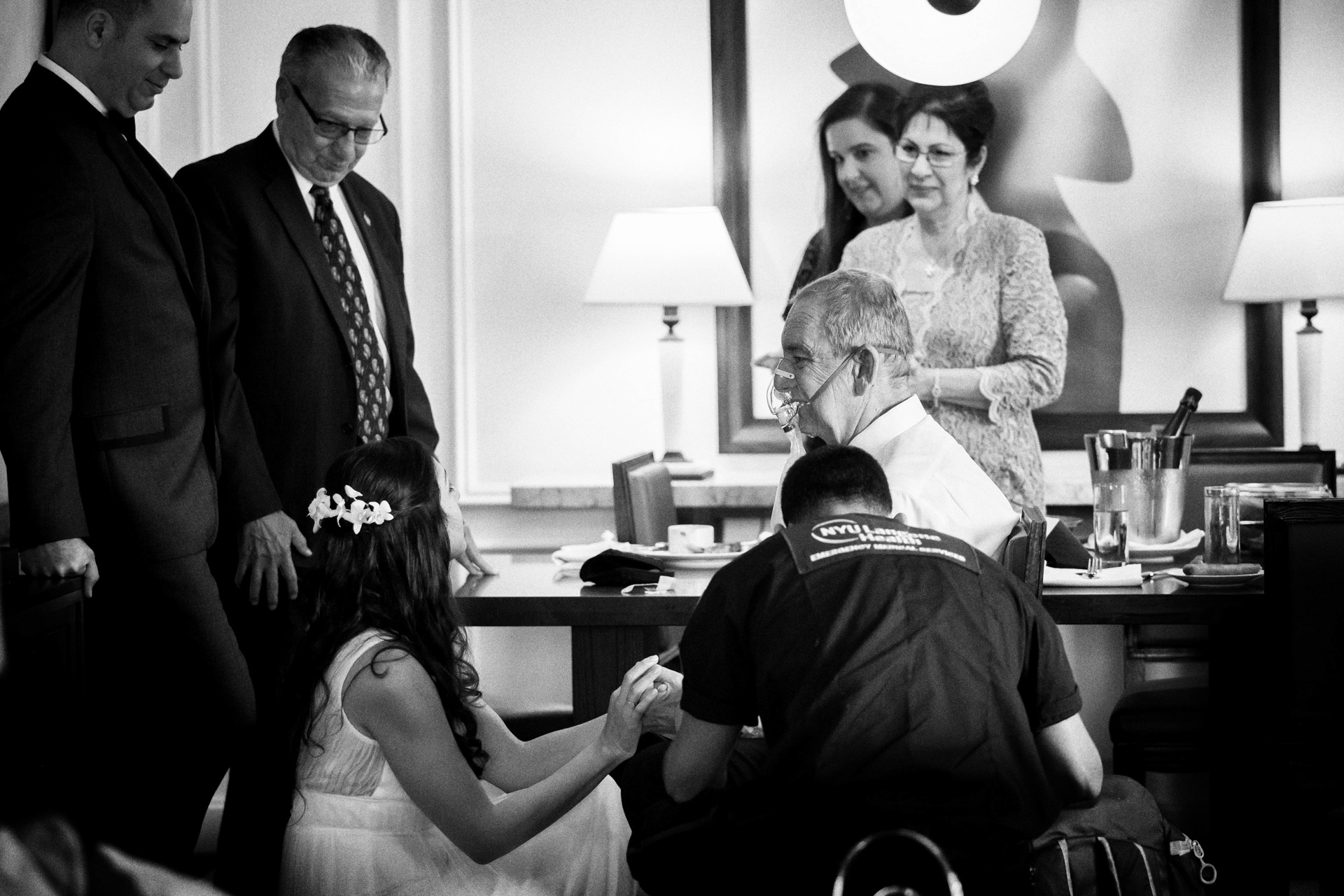 The paramedics arrived and took her father to a stroke center. 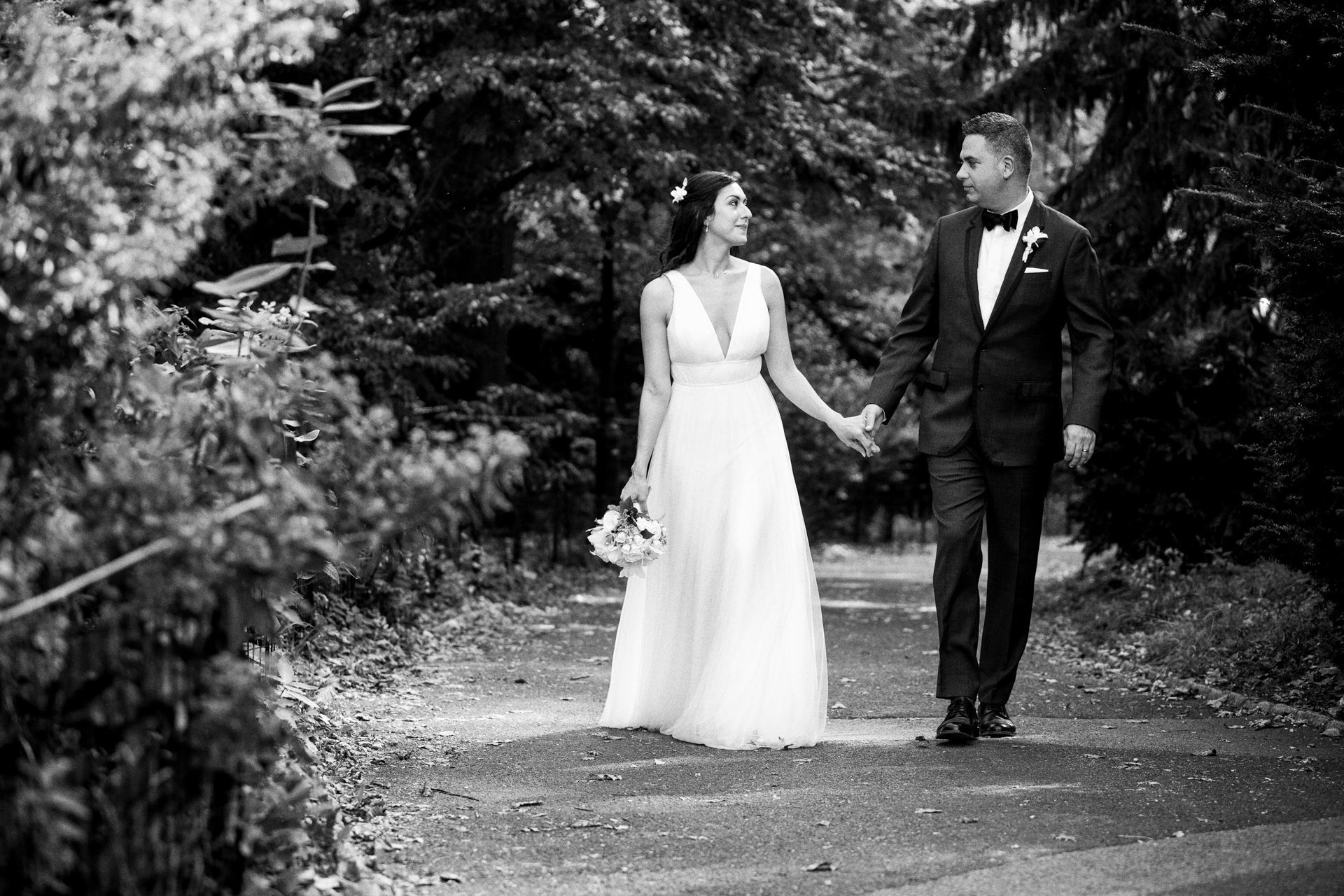 Since her father was in good hands, the couple went to Central Park for photos. 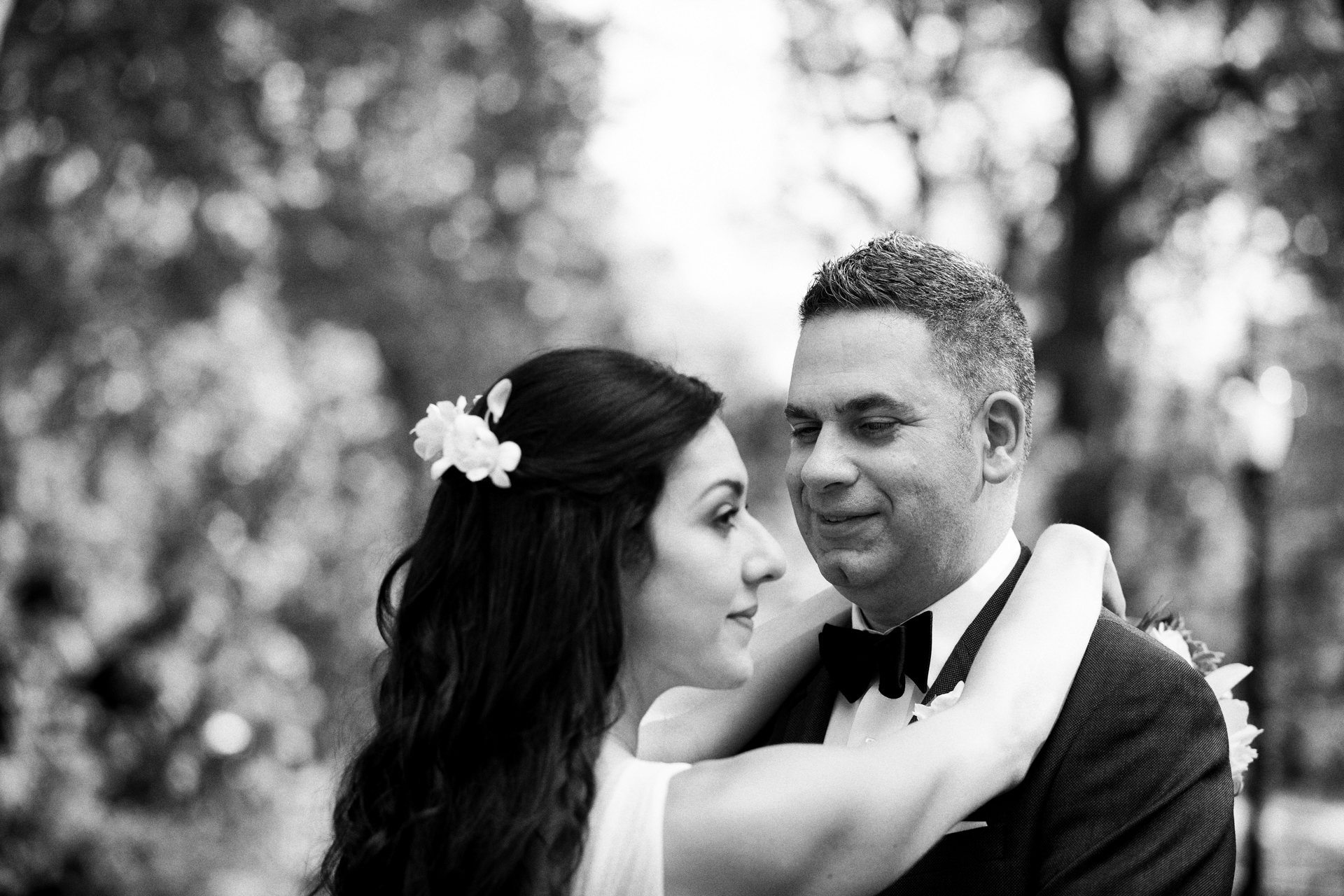 A brief portrait session in Central Park, NYC for the newlywed couple. 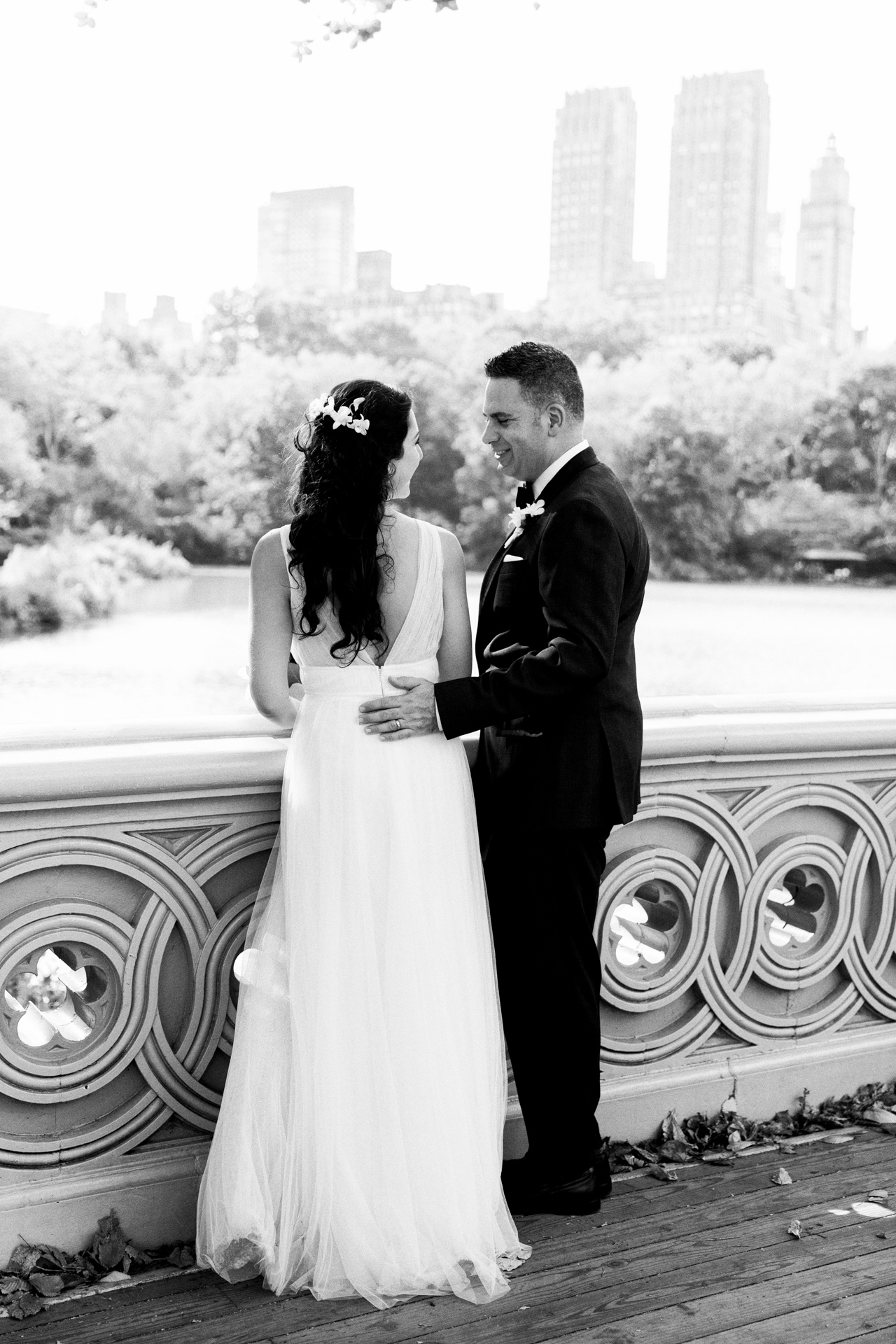 The couple takes a moment to themselves on the Bow Bridge in Central Park, New York.