Are you searching for affordable Quepos, Costa Rica elopement photography that will allow you to have your beach wedding recorded in a way that is both thorough and real? Manuel Antonio Beach elopement photographer Kevin Heslin would love to hear from you if you are planning to organize a simple event that might be a micro, beach, outdoor, remote, or another type of non-traditional wedding. The following small wedding took place on a sandy stretch of beach at the Manuel Antonio National Park, but Kevin is available for small events in or around all of Costa Rica. For more info about having this CR pro professional photographer competently document your small wedding, contact Kevin Heslin as soon as you can. 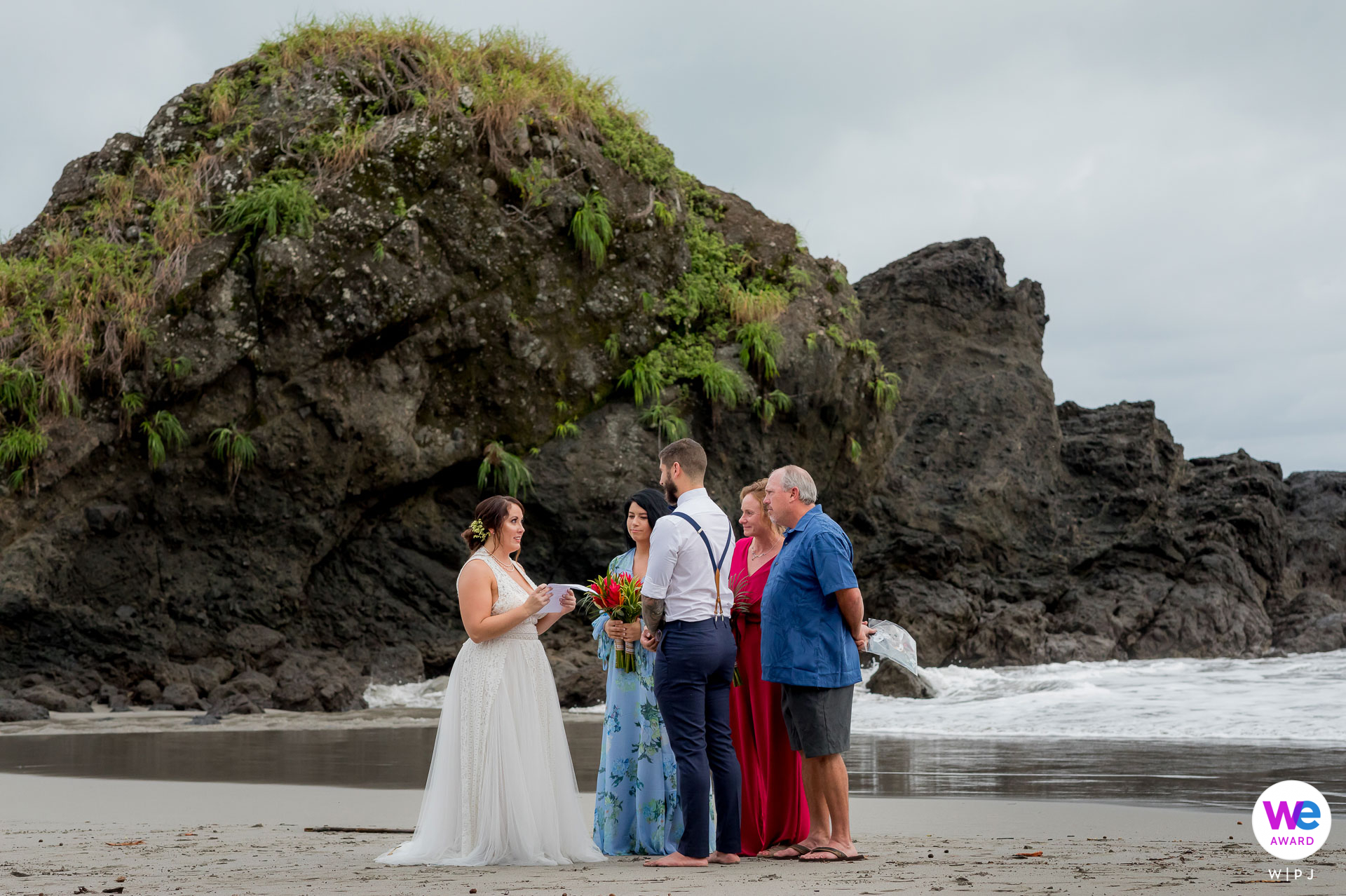 A very small ceremony on the beach.

Katie and Andrew decided that a big fancy affair with all their friends and family just didn’t fit their personalities. So when they started planning their vacation to Costa Rica, it just kinda naturally evolved into planning their elopement wedding. After all, Costa Rica is rife with gorgeous locations for eloping.

Every year, hundreds of couples come to Costa Rica’s beautiful shores, or her jungles, or her mountains, to tie the knot in a unique way that is perfect for them! As a photographer, I’m honored to play a part in something so special.

Katie and Andrew were super chill — even more so than many eloping couples I’ve photographed. Let’s dive in and check out the photos from their special day!

The chemistry — or should I say pharmacology? — began when Katie and Andrew met while they were both studying to be pharmacists. Things between them simmered slowly. It wasn’t love at first sight, but they did become good friends.

About a year later, they went on their first official date. From there, their relationship flourished and they knew it was something special.

After a year and a half, Andrew popped the question. Then, just three short months later they ended up in front of my camera for their elopement wedding!

Most eloping couples like things to be fairly relaxed and informal. After all, they wanted to avoid the hassle of a big wedding for a reason.

However, they’ll still have many of the details planned out. The officiant, the ceremony spot, an arbor or some sort of decoration for the ceremony, a backup plan if it rains — those kinds of things.

Katie and Andrew wanted to keep it super simple.

For their elopement wedding, we literally showed up, found a nice spot on the beach and it was showtime! There was no officiant, but Katie’s parents and best friend (the only attendees) lovingly looked on as they shared their hearts with one another.

There was no flower heart on the ground or palm tree arbor, but I think you can agree that the ceremony was lovely just the way it was. And Katie and Andrew certainly thought it was the best day ever. 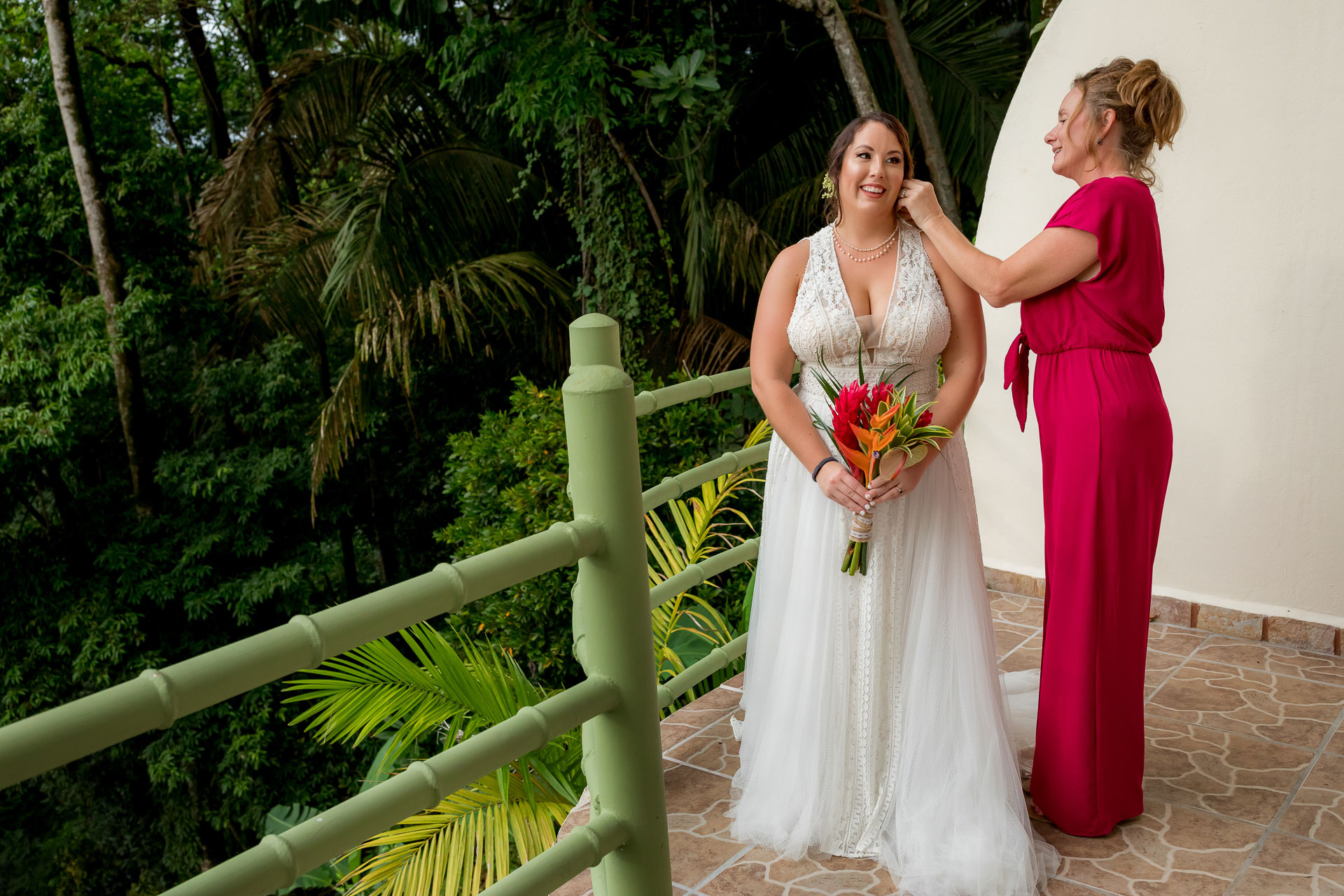 Katie's mom helps her with her jewlery. 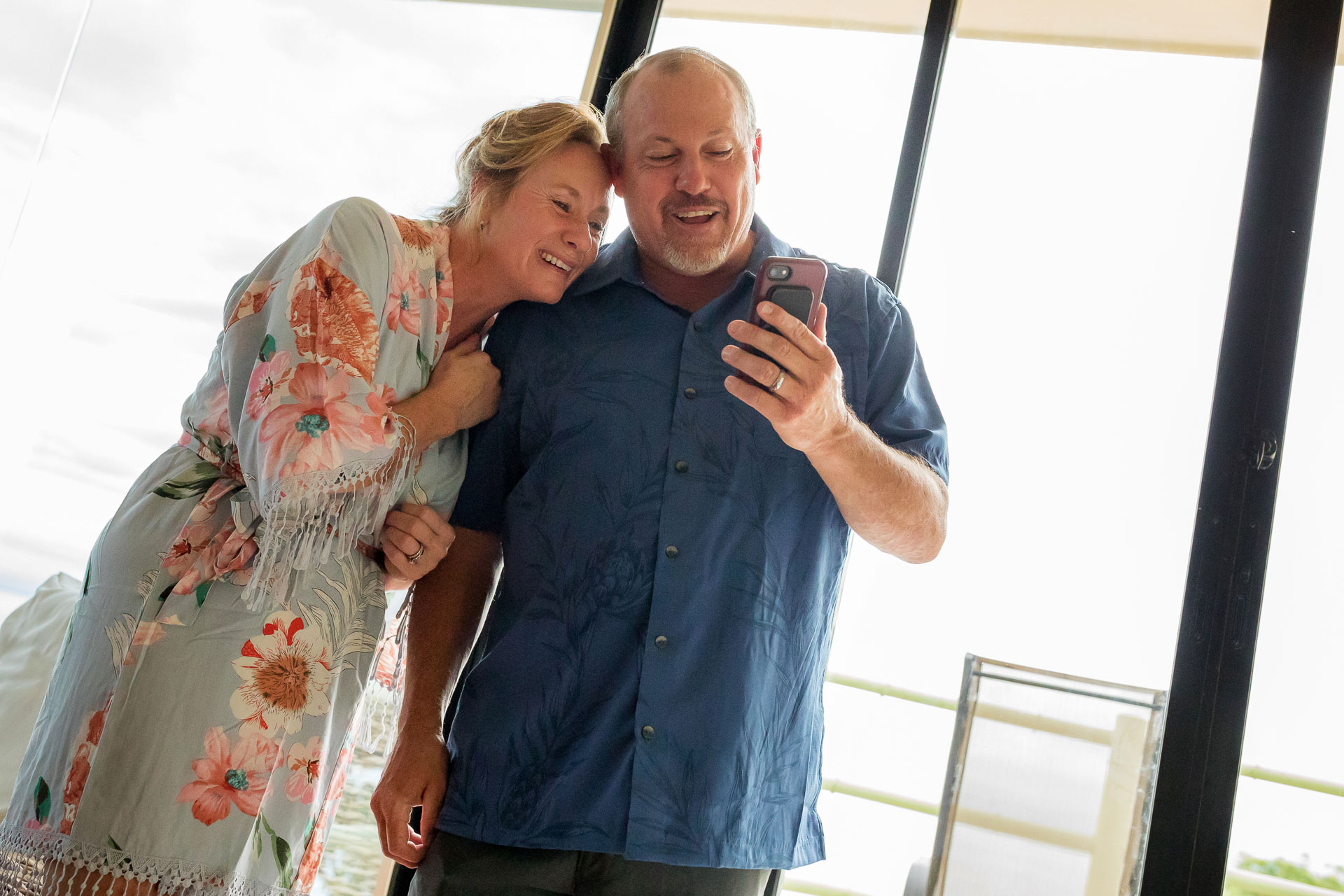 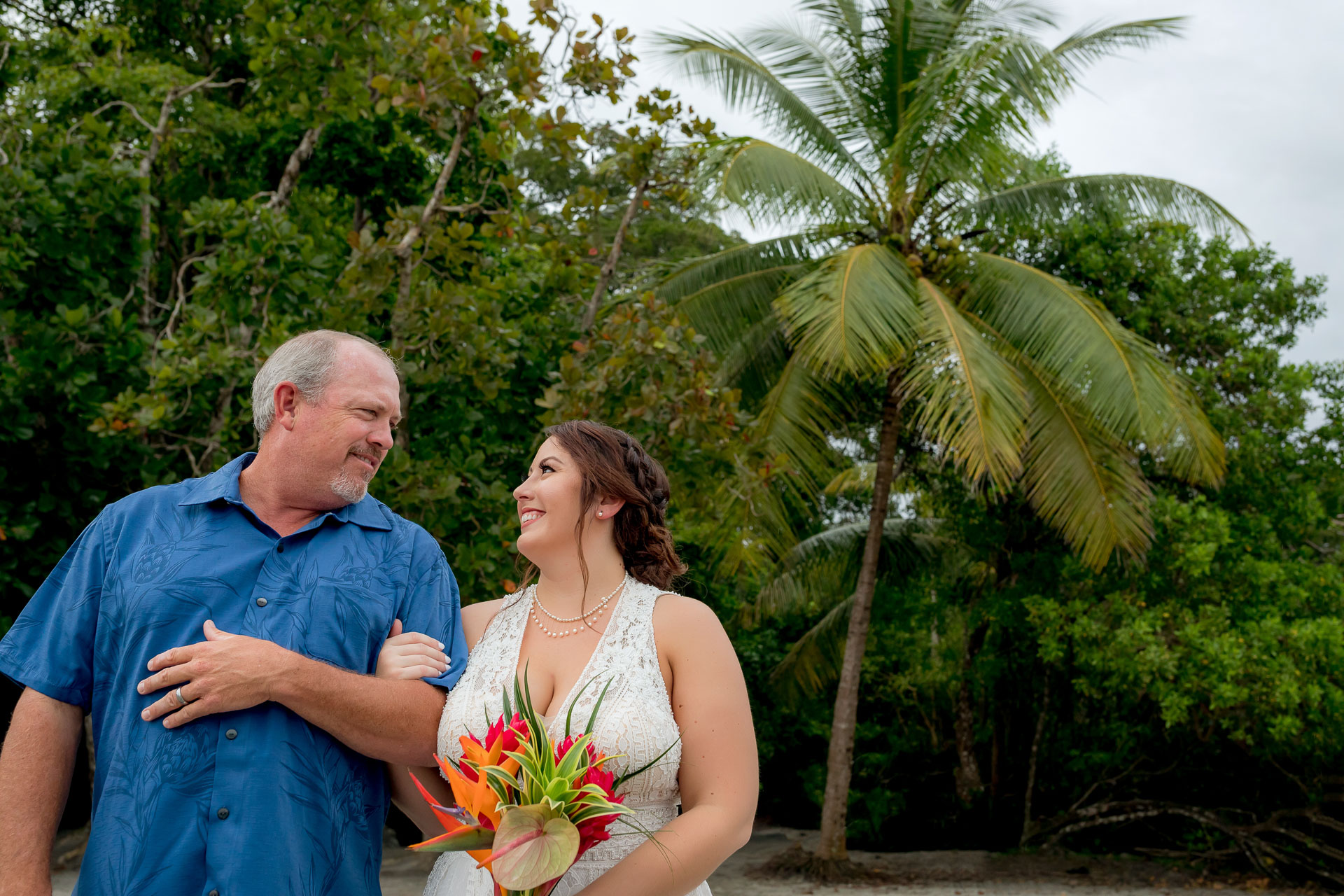 Katie looks at her father before walking to the ceremony. 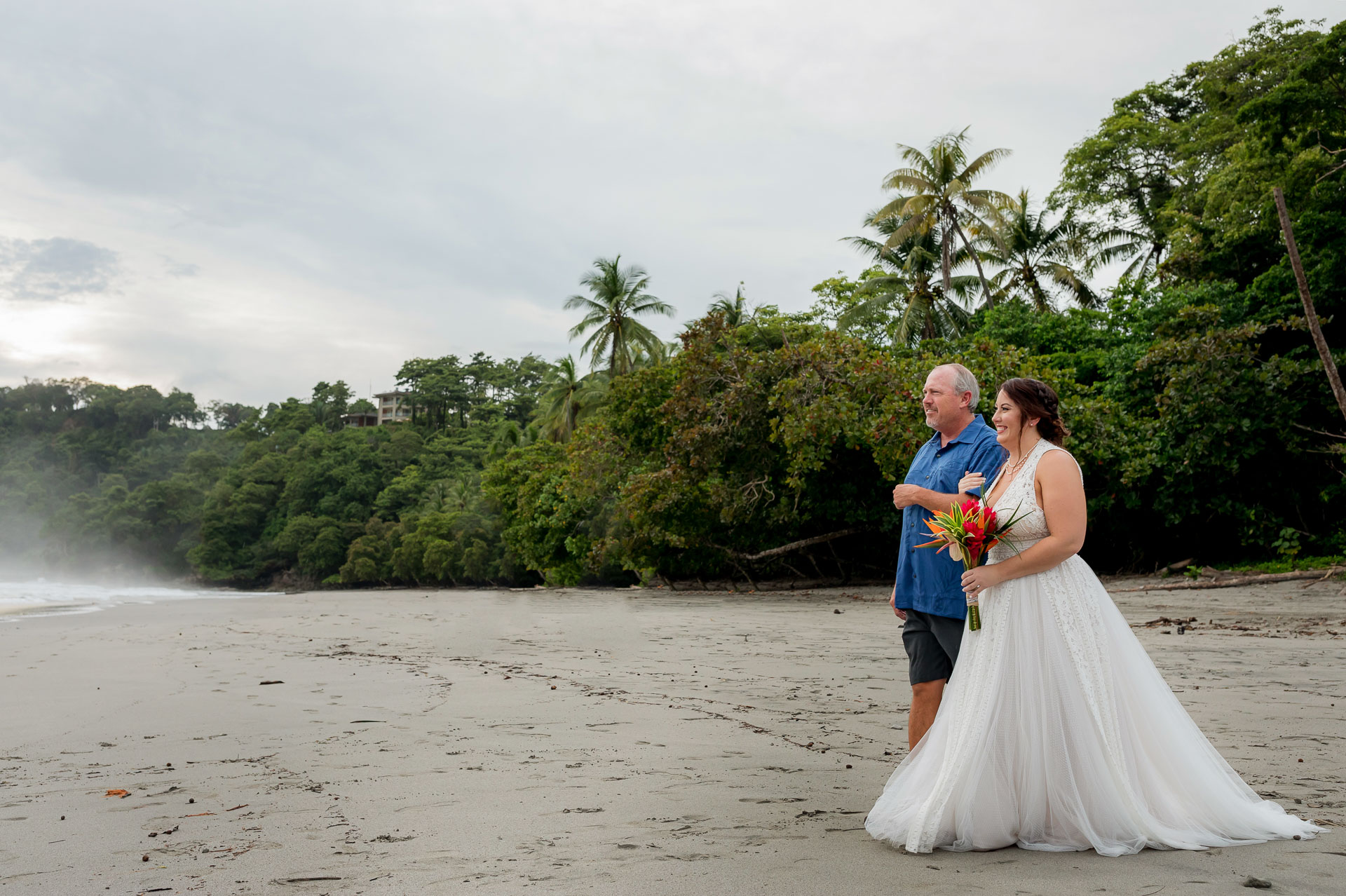 Bride walks down the "aisle" with her father.

Costa Rica wedding image of the couple kiss with family 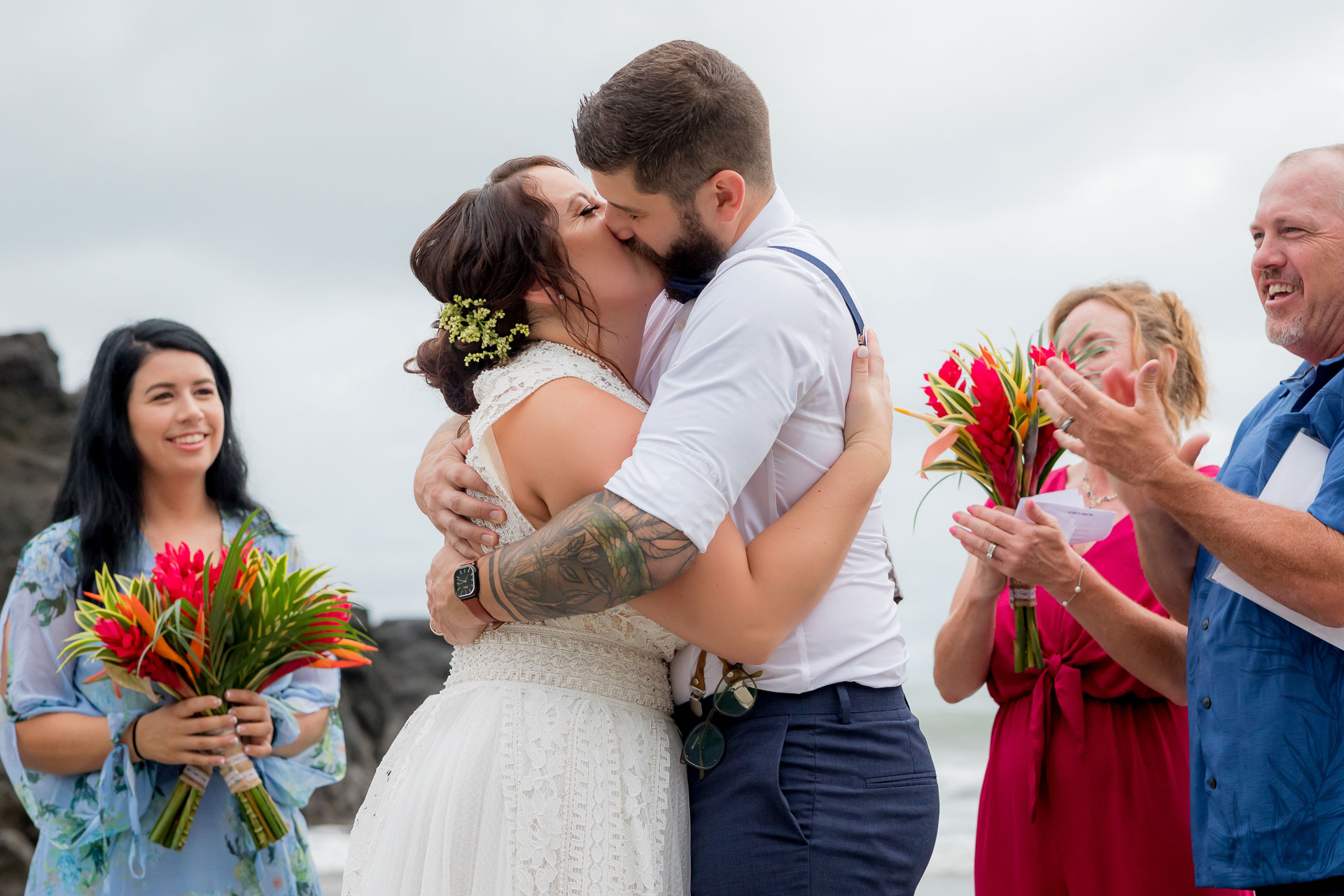 Costa Rica wedding image of a wave getting the dress and the groom's shoes. 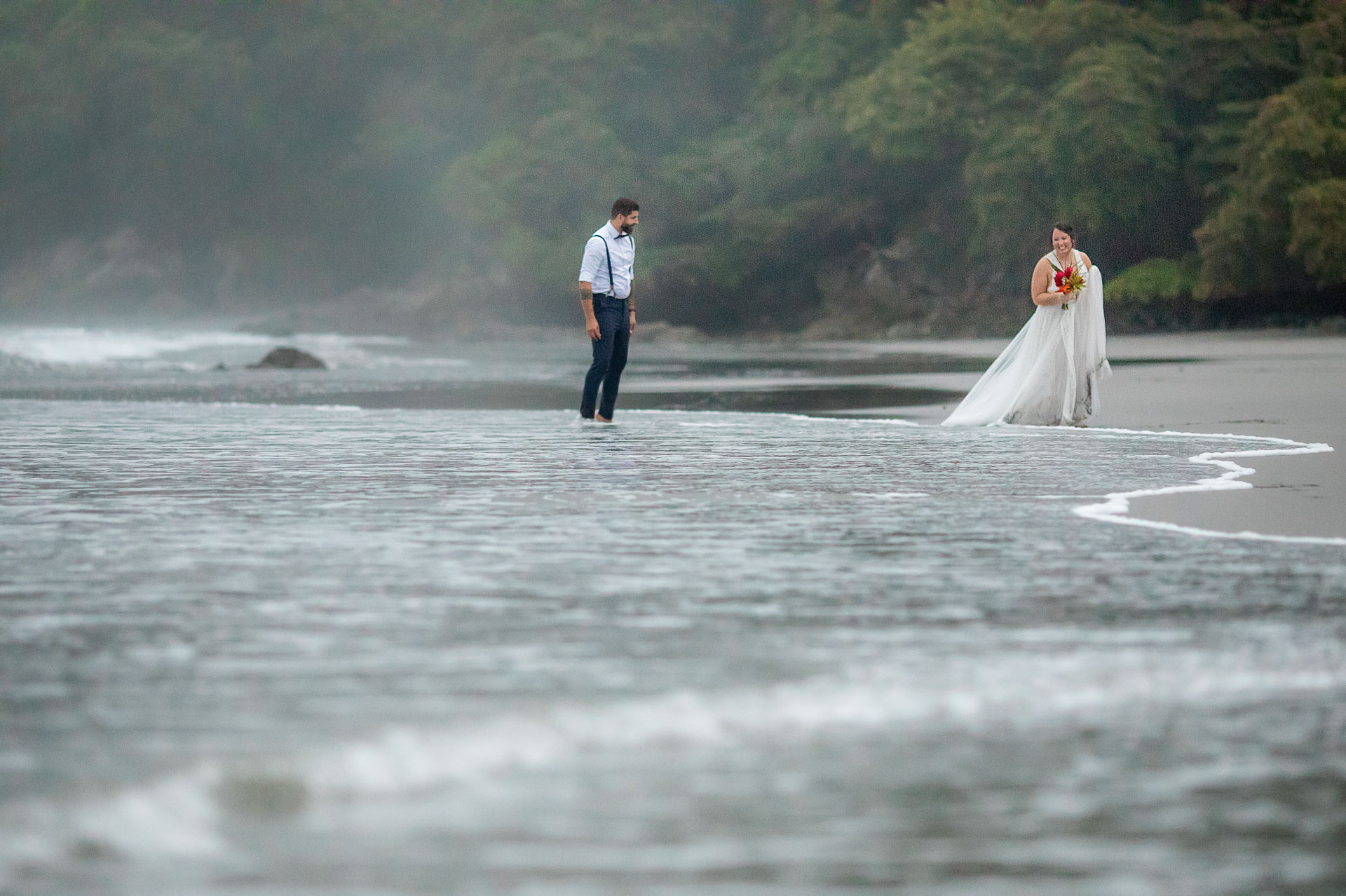 Wave gets the dress and Andrew's shoes. 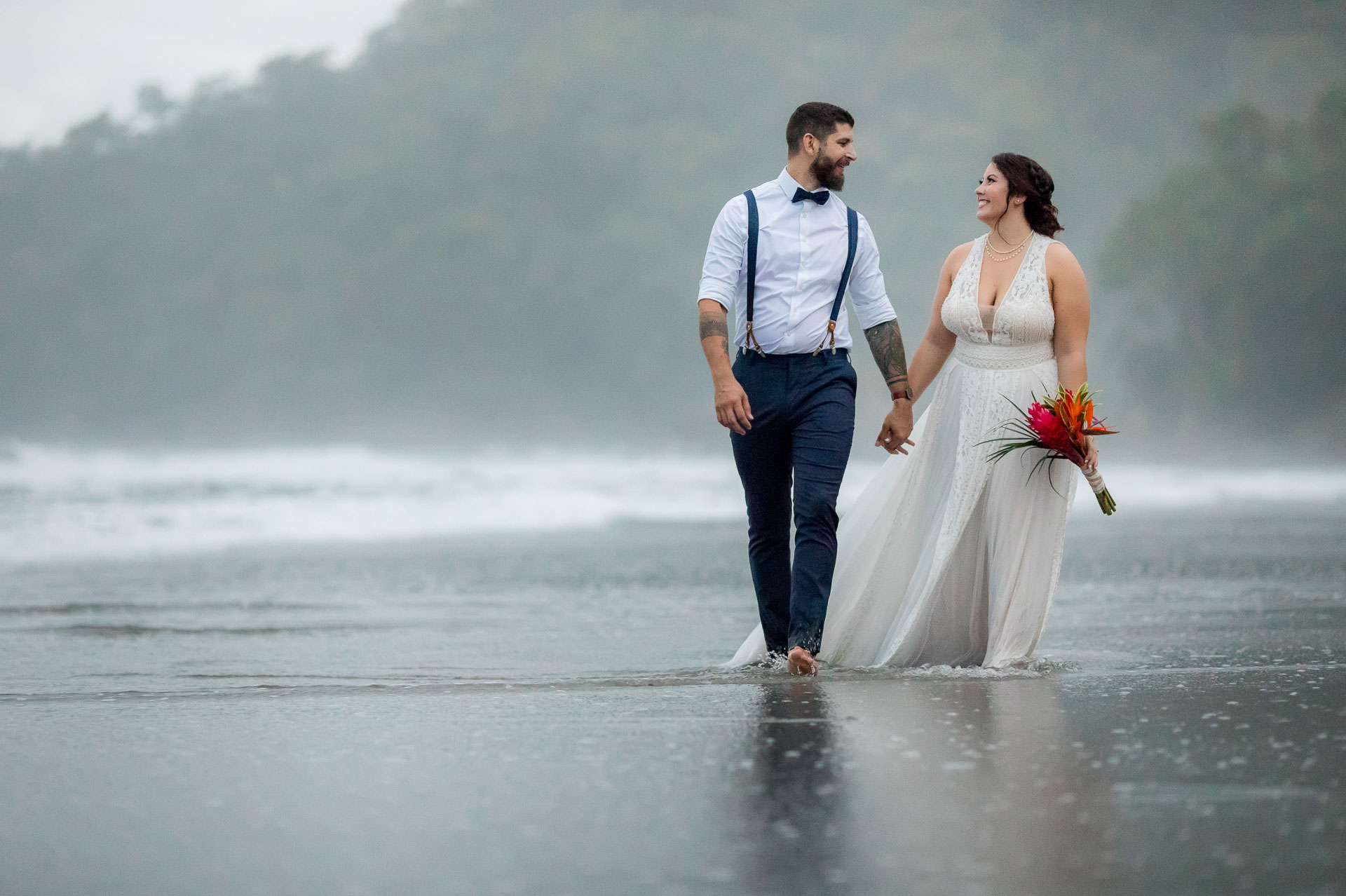 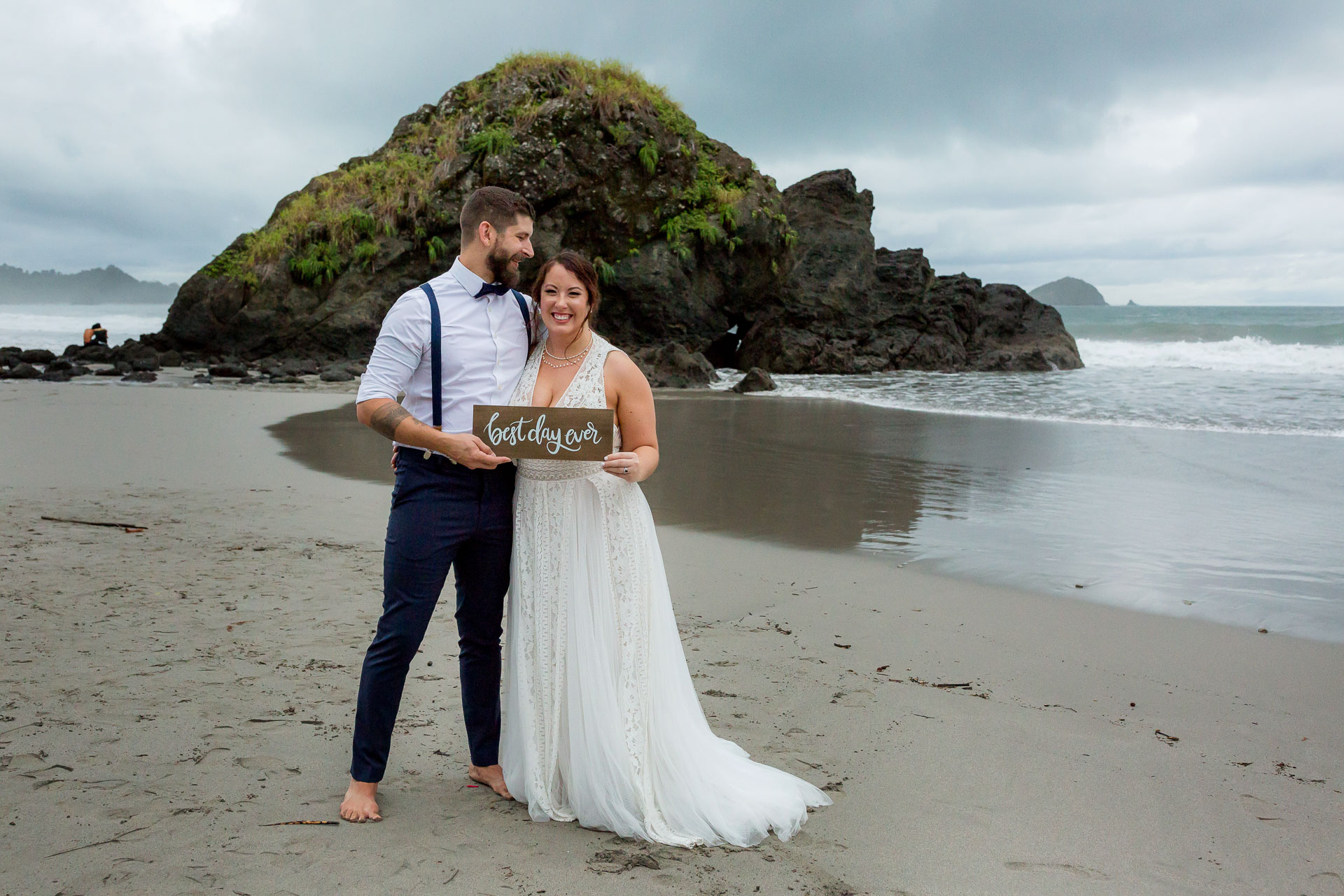 Katie and Andrew wanted a photo with a prop.