Are you searching for affordable Occitanie elopement photography that will allow you to have your town hall wedding documented in a way that is both detailed and original? Ariège elopement photographer Loic Bourniquel would love to hear from you if you are preparing to host a simple affair that might be a mini, countryside, intimate, town hall, or another type of non-traditional wedding. The following small wedding took place in Lescure, a commune in the department of Ariège in Occitanie, but Loic is available for smaller-scale weddings in or around all of France. For more info about having this French professional photographer competently document your elopement, contact Loic Bourniquel promptly. 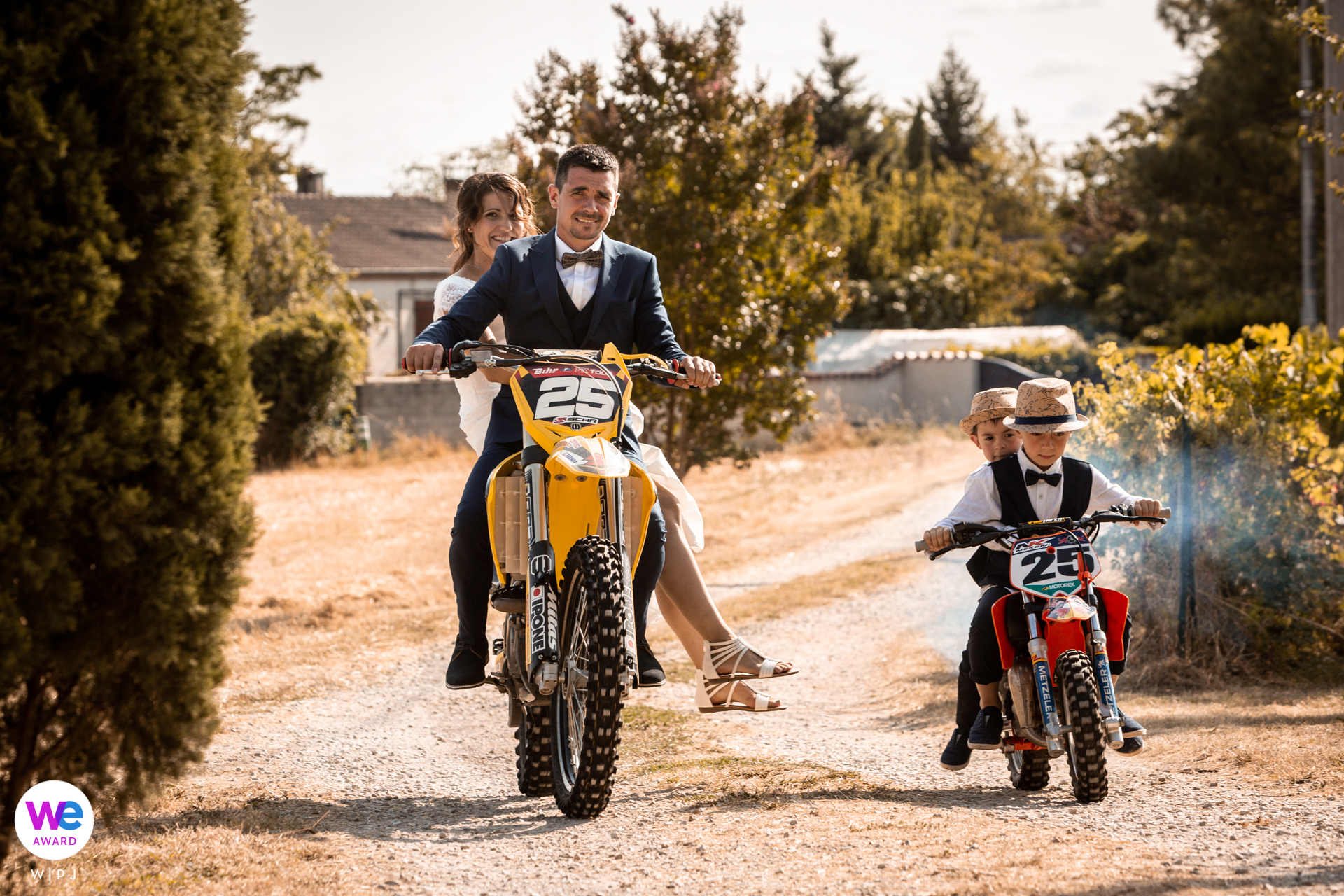 The town hall wasn't far away from the cocktail place, and they could make it with security by motorbikes through a small path with their sons.

The story of Jenifer and Jeremy is a fabulous one. They are a nice and fun couple, they have been together since they were fifteen, and they are now working together in their own business as horticulturists.

Jeremy asked Jenifer to marry him on their dating anniversary in April. And because she has always said that she'll get married before her 30th birthday, they decided to book the wedding date on her birthday. She was born at 6 pm, 30 years before and the ceremony was at 5 pm to keep her promise to herself. It was a small and cozy wedding with just the family around, but such a good time. They decided to have a first look moment, then the small ceremony in a small town close to Albi (south of France).

Their two boys were so excited to be a part of the wedding, to give rings to their parents, and see them saying yes to each other. They came back from the ceremony on the motorbikes with their children.  They are passionate about motorsport and bar games. So they decided, during the cocktail hour, after some group photos, to play darts, foosball, and pinball. Everyone had a lot of fun playing games, chatting, and drinking altogether.

We had a quick couple of portraits because they didn't like classic couple photos. I tried to have something natural and fun which was a really good time and they were really happy about it. 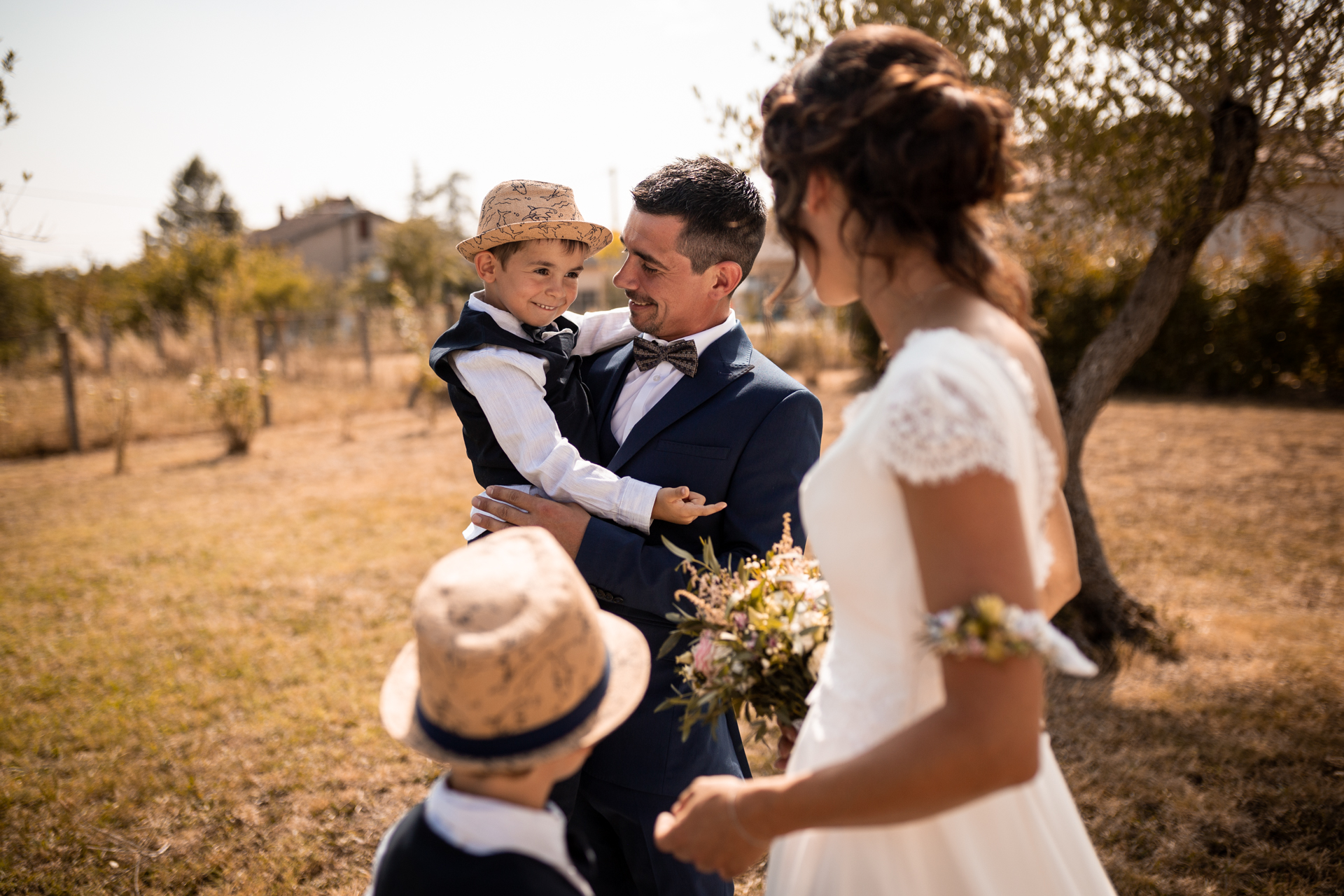 It was their children's time to see their parents. We can see the face of the little one when he took the time to look at his mother. 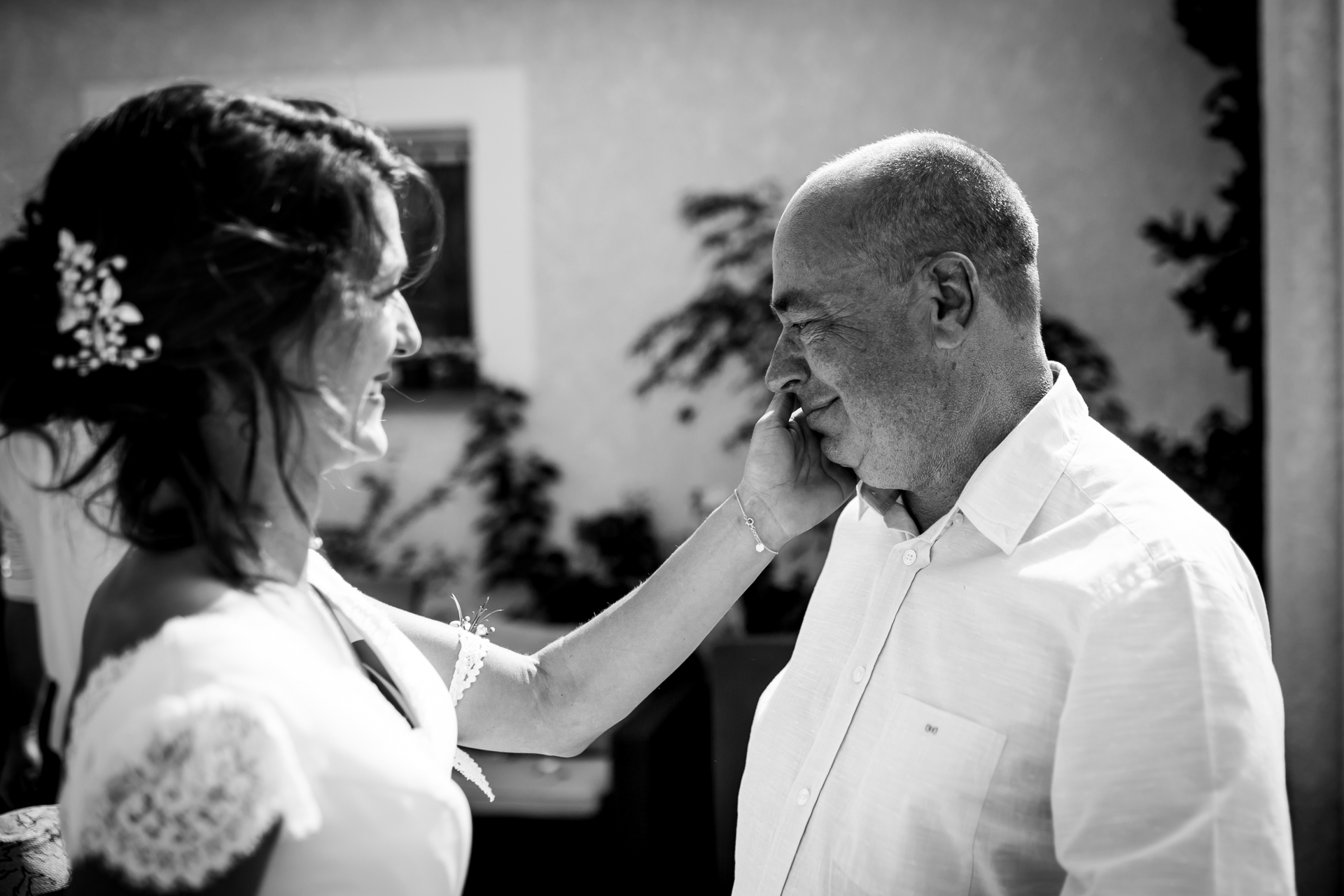 Jenifer's dad was crying when he got to see his daughter. The moment was strong. 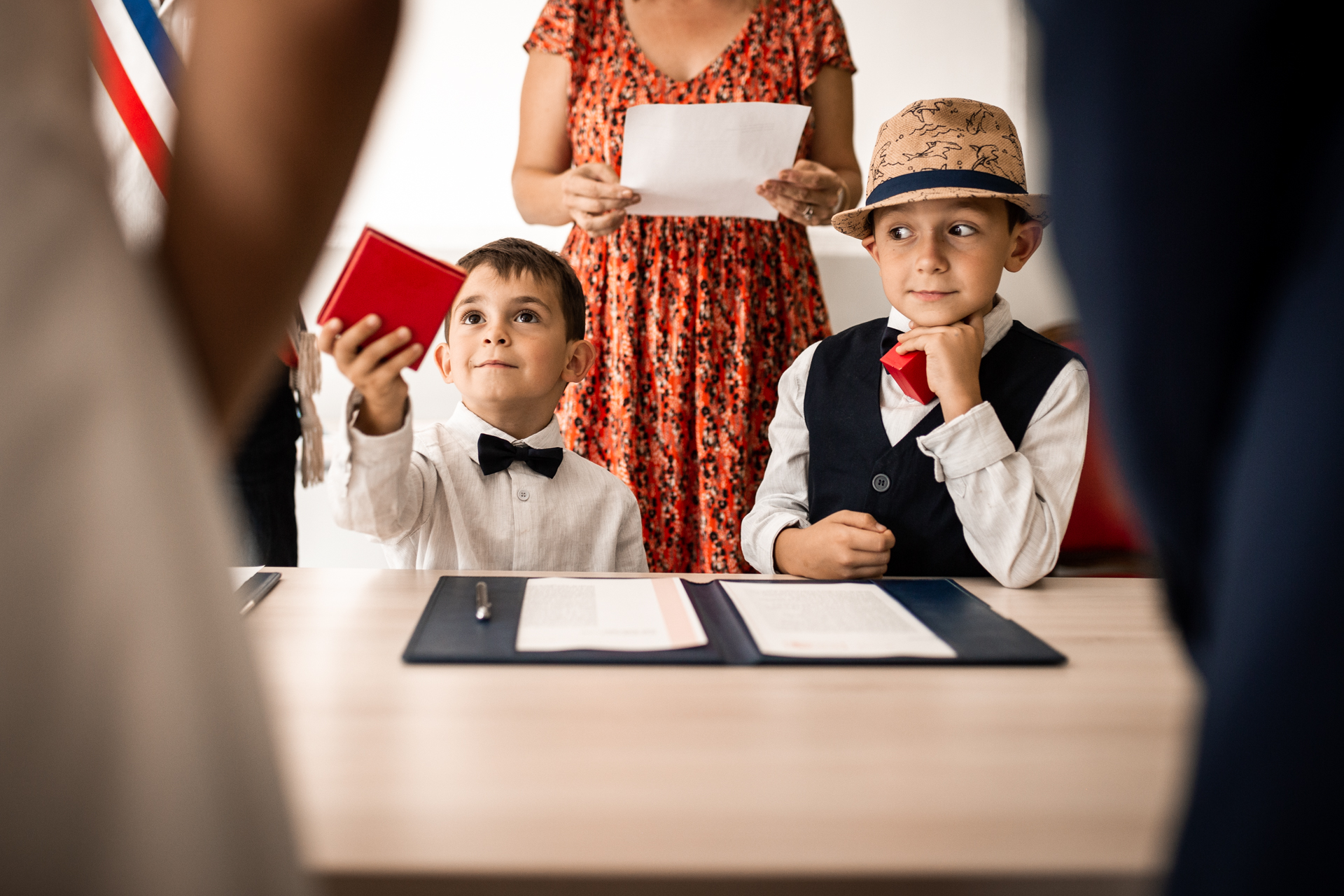 At the ceremony, the children couldn't wait to give their parents the rings, they were so proud to be a part of the wedding. 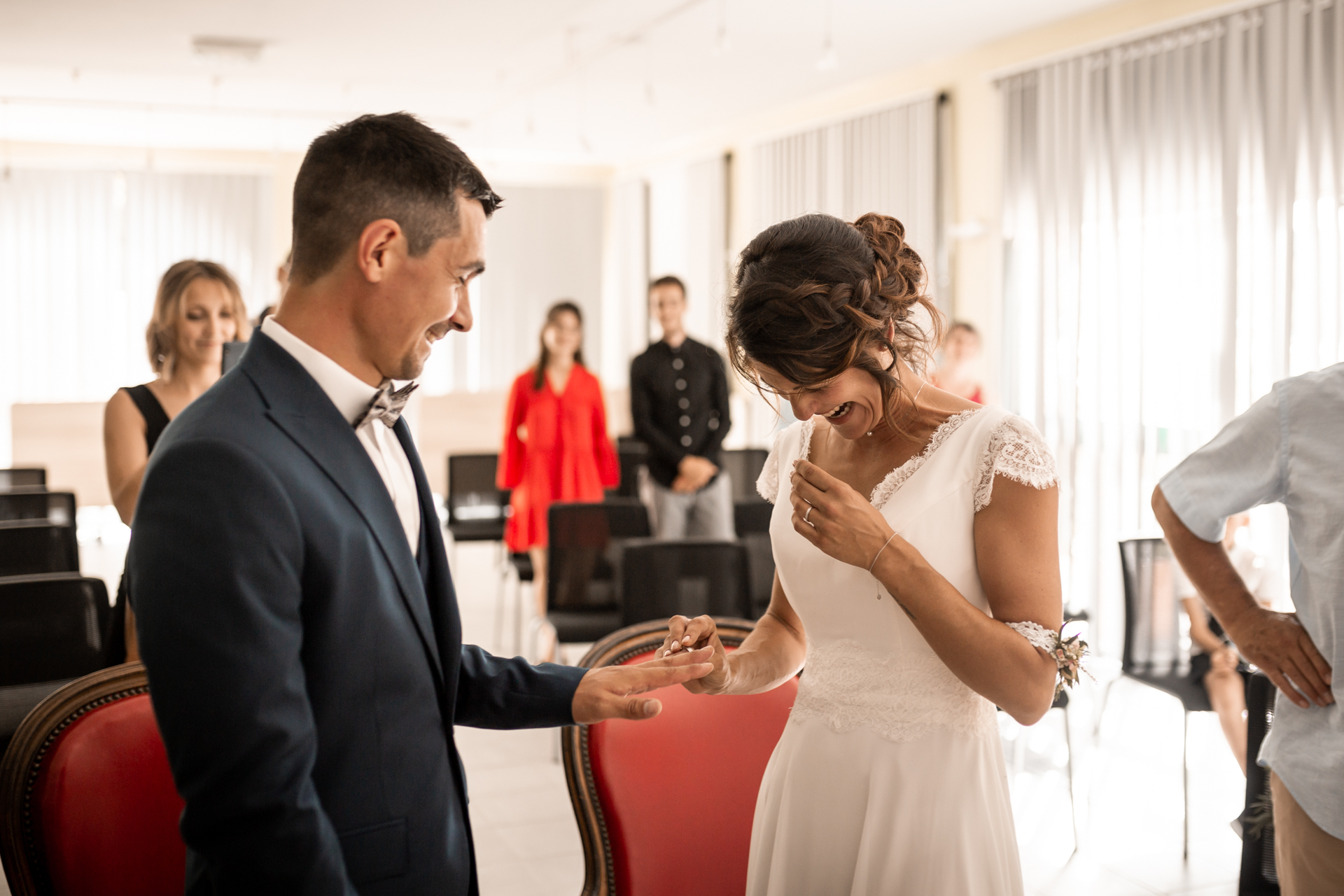 Jenifer was really nervous at the ring moment that she started to give him the wrong hand. Jeremy reached for her other hand so she was laughing and a bit embarrassed. 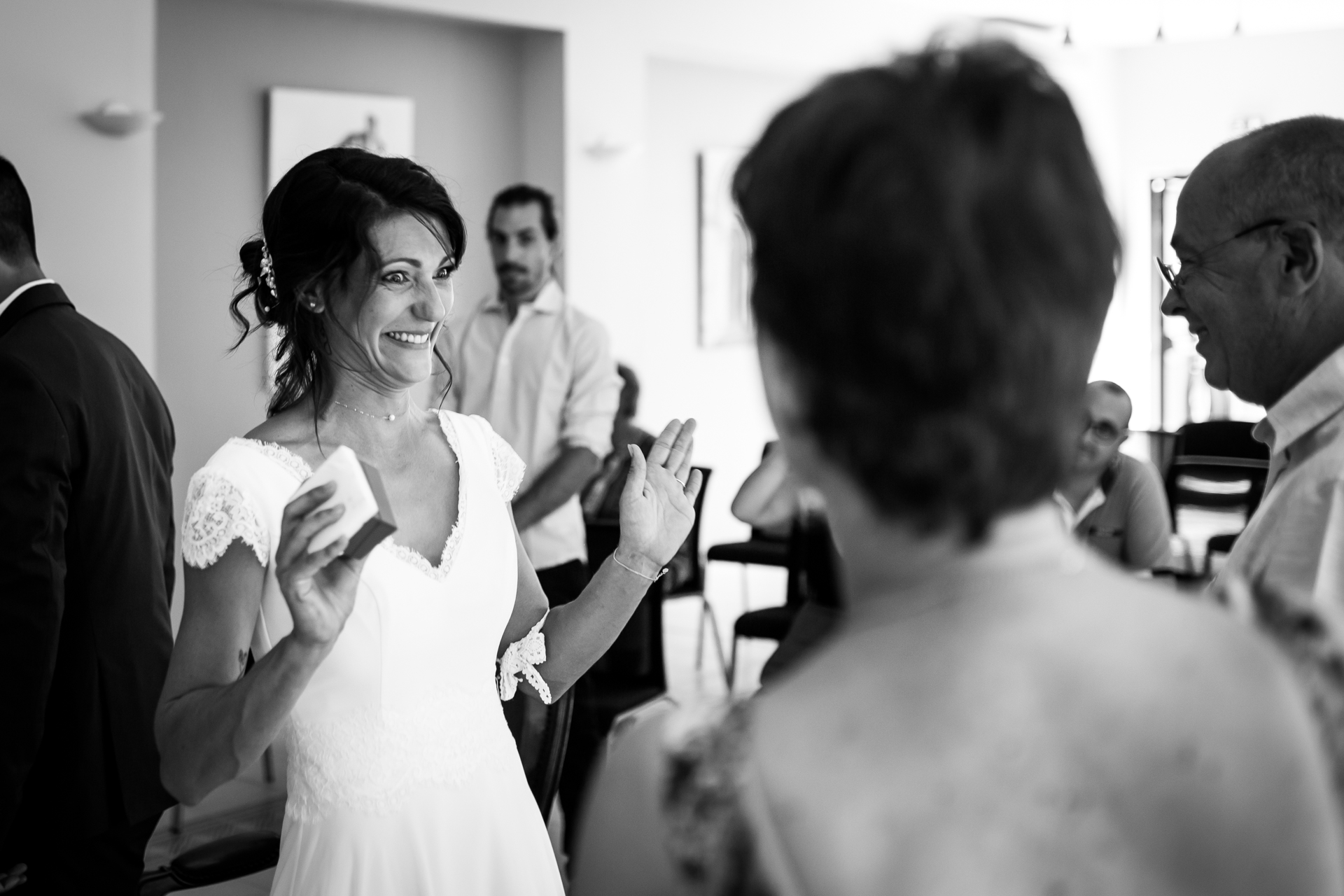 Happiness on her face when she looked at her parents, because she just got married. 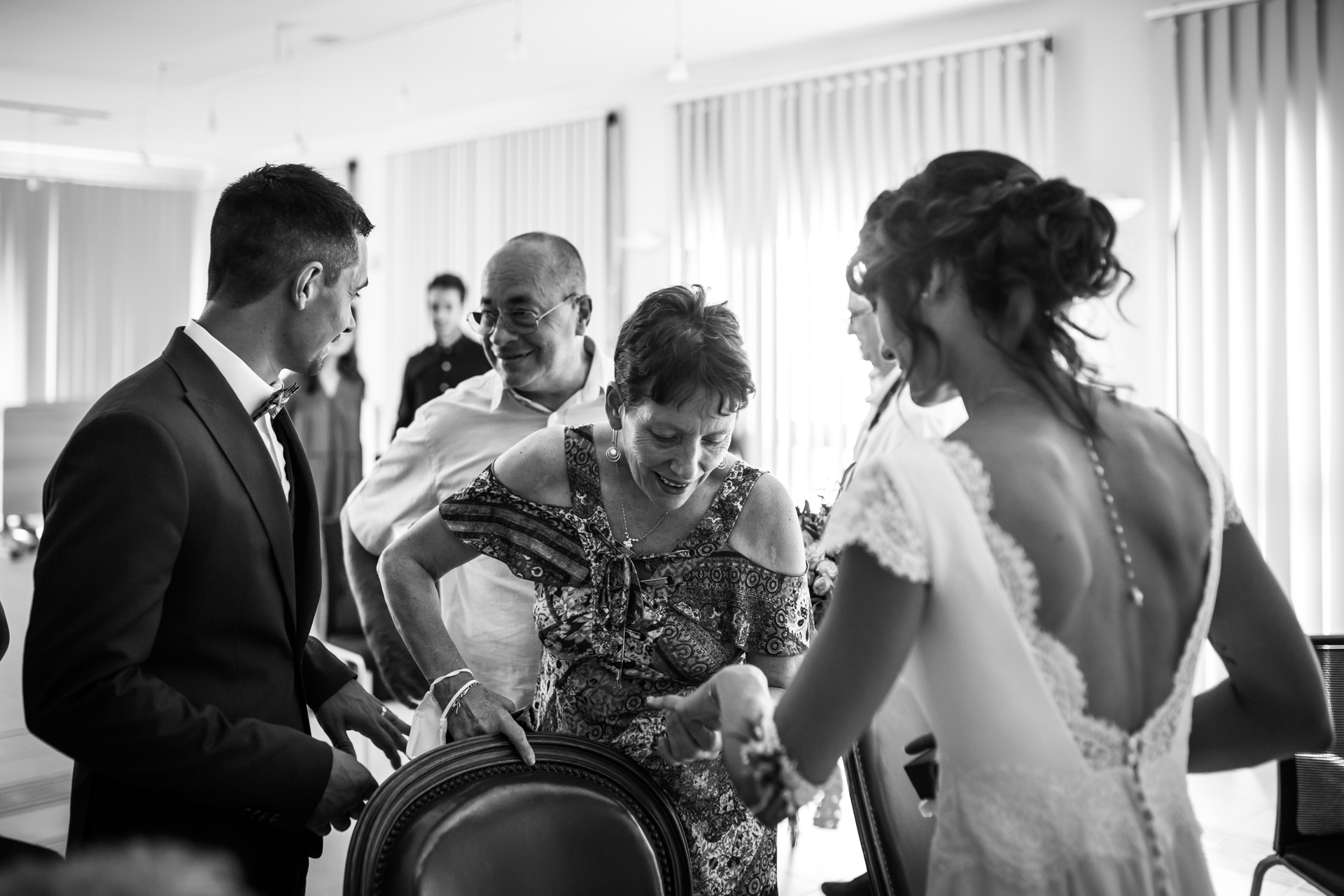 A kind moment when she showed her wedding ring to her mother while her father congratulates his new son-in-law. 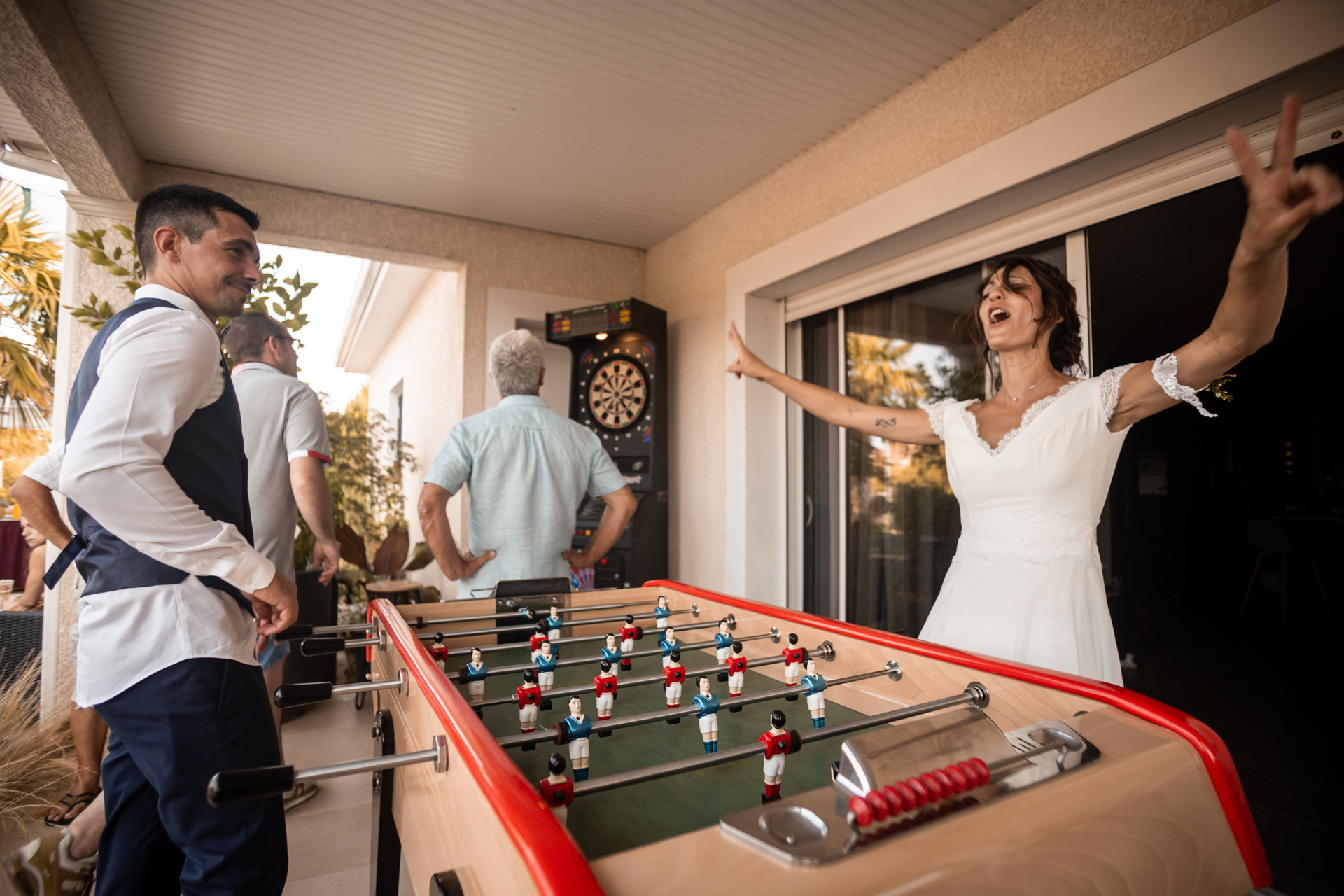 During the cocktail hour they decided to play foosball, they were both really concentrating and she won, while the guests were playing darts.

Wedding portrait from a Lescure, FR elopement with some natural smiles 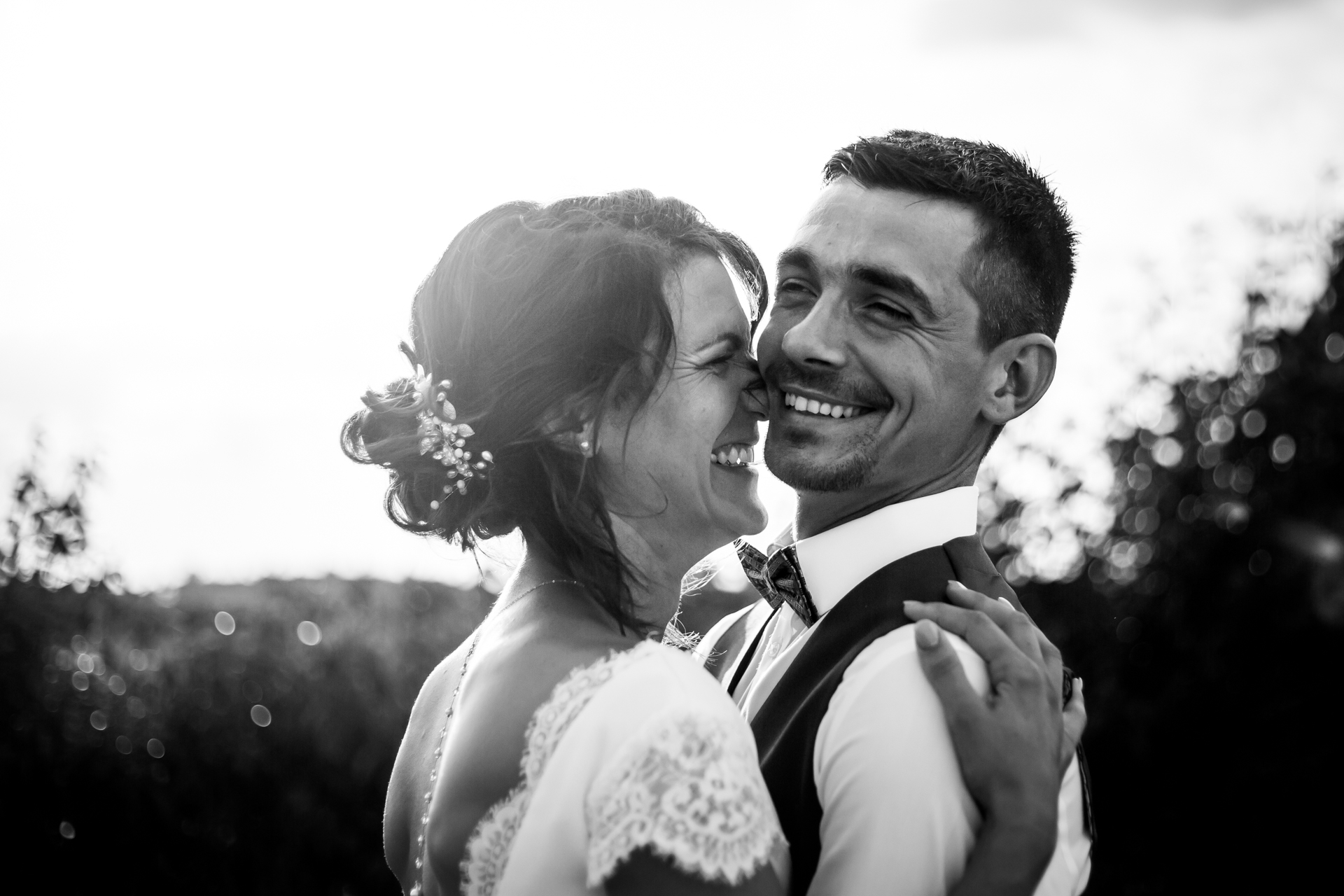 We had a small couple portrait session and I did my best to have some natural smiles.