Are you searching for inexpensive Beijing, China elopement photography that will allow you to have your wedding recorded in a way that is both detailed and real? Beijing elopement photographer Vincent MA would love to hear from you if you are preparing to host a simple affair that might be a mini, destination, indoor, restaurant, or another type of non-traditional wedding. The following small wedding took place in a Tang dynasty era styled bathhouse and suburban spa retreat, but Vincent is available for small events in or around all of China. For more info about having this China artistic wedding photographer easily document your elopement, contact Vincent MA right away. 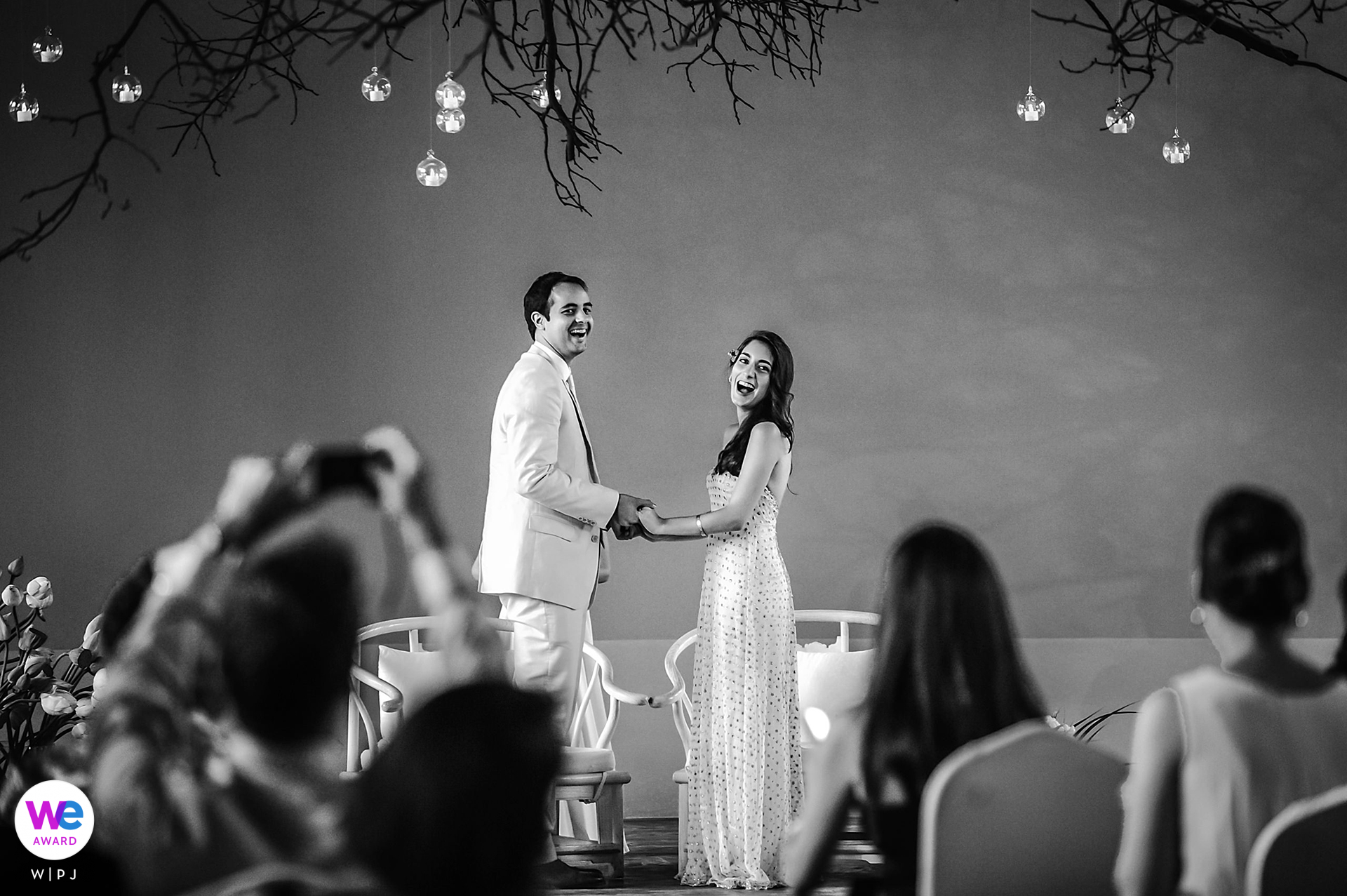 The wedding ceremony was a great success and the guests cheered.

The first time I met the new couple of this wedding was in a 798 restaurant in Beijing. The background of their growth is not simple. Kalan, the groom, is a Bermuda (UK) American hybrid, born in Papua New Guinea, grew up in Pakistan, Israel, Albania, Italy, and the Philippines. Amelia, the bride, is Persian, born in Hong Kong, grew up in China Mainland. For new people with such a complex life background, which cultural tradition should they choose as the wedding theme? The answer is none of them because they want to have a wedding that doesn’t belong to any kind of cultural gene. They think that those weddings with luxurious dresses and luxurious cloth but passing by according to the book are not attractive to them.

The wedding took place at the Green T. House in Beijing, China. It was a wedding in which the whole family participated, and each family member contributed his intelligence. The cake was designed by Amelia’s mother and decorated with peony flowers. Kalan’s mother helped find and decorate the wedding venue, which the two families spent the whole day. Amelia’s cousin, a graphic designer, designed invitations and flow sheets.

Amelia’s sister made the table card and provided support. Kalan’s sister is a singer. She sang at the wedding and acted as the host of the party. Kalan’s other sister produced a slide show at the party about their childhood and the scene of proposing. Another cousin of Amelia was responsible for guiding the guests to use a Polaroid instant camera to take photos and made check-in cards. Even Amelia’s younger sister, who is less than 10 years old, also helped in every link. The whole family devoted so much energy and effort. It was undoubtedly a valuable treasure for the new couple!

The whole story of this wedding can be found on my website https://vincentma.cn/persian_wedding_beijing_1.html

Beijing, China Detail Photo of the Wedding Rings reading - by the Will of God 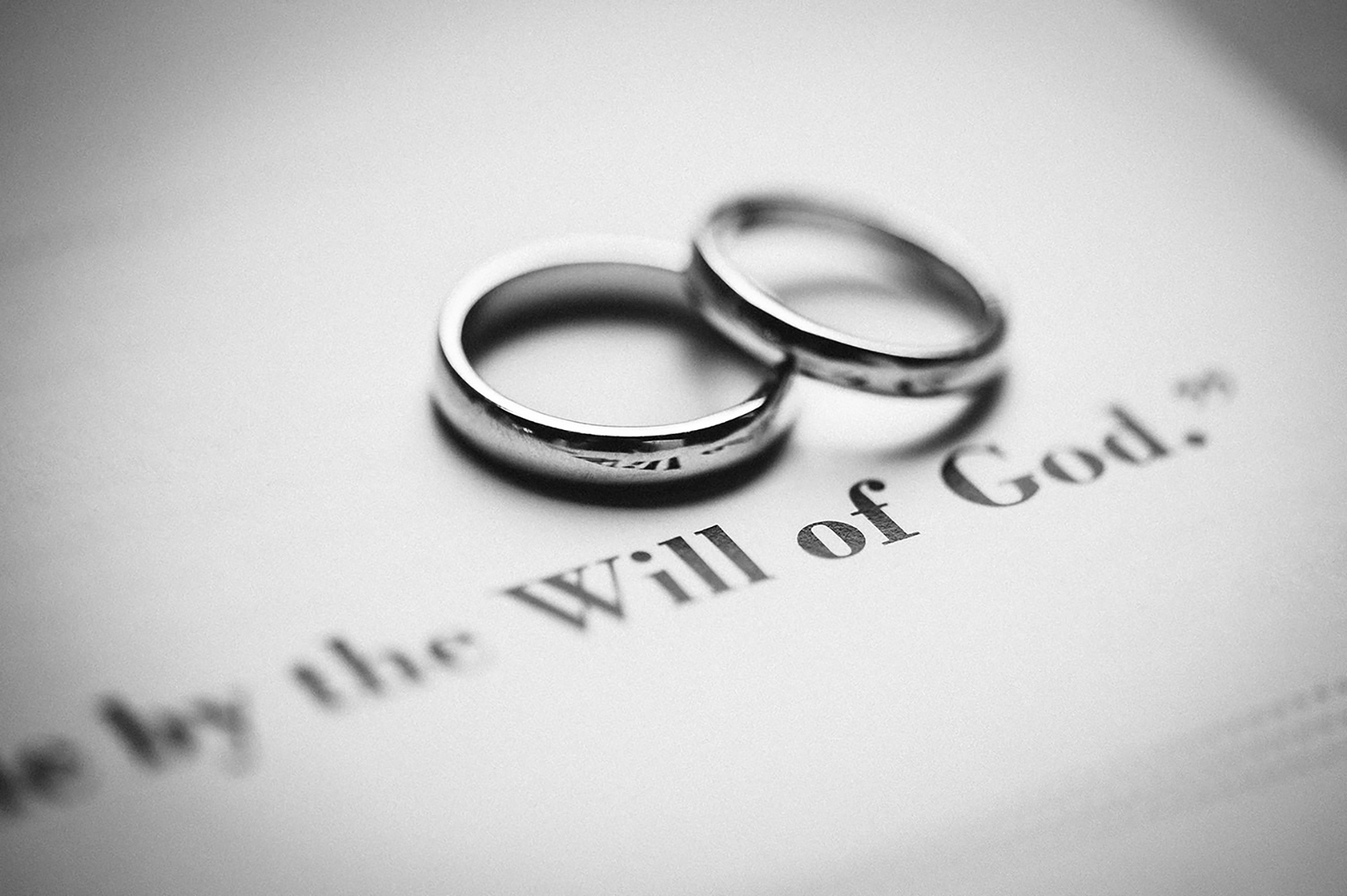 A detail image of the wedding rings. 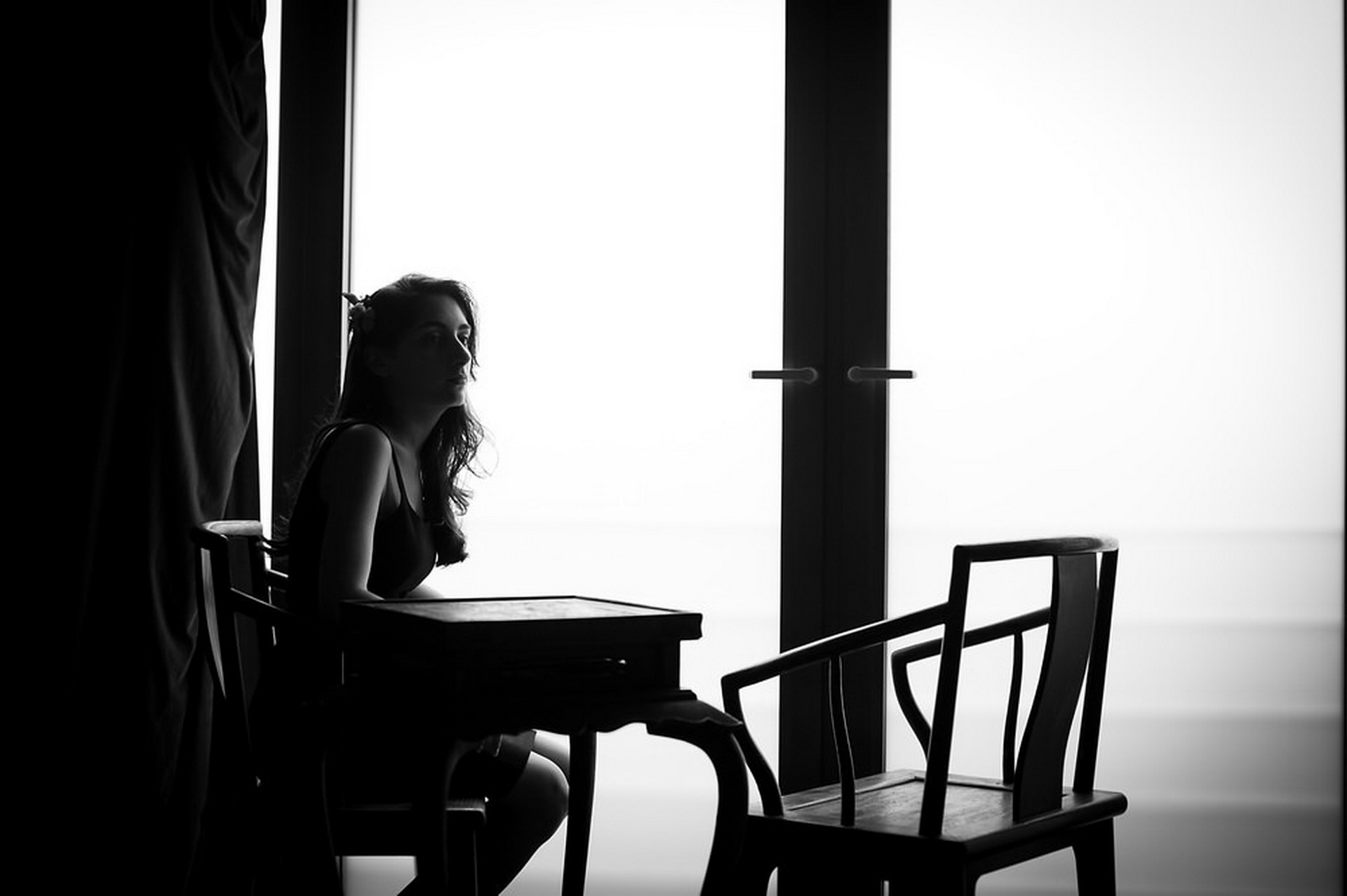 The bride was alone in her dressing room, thinking. 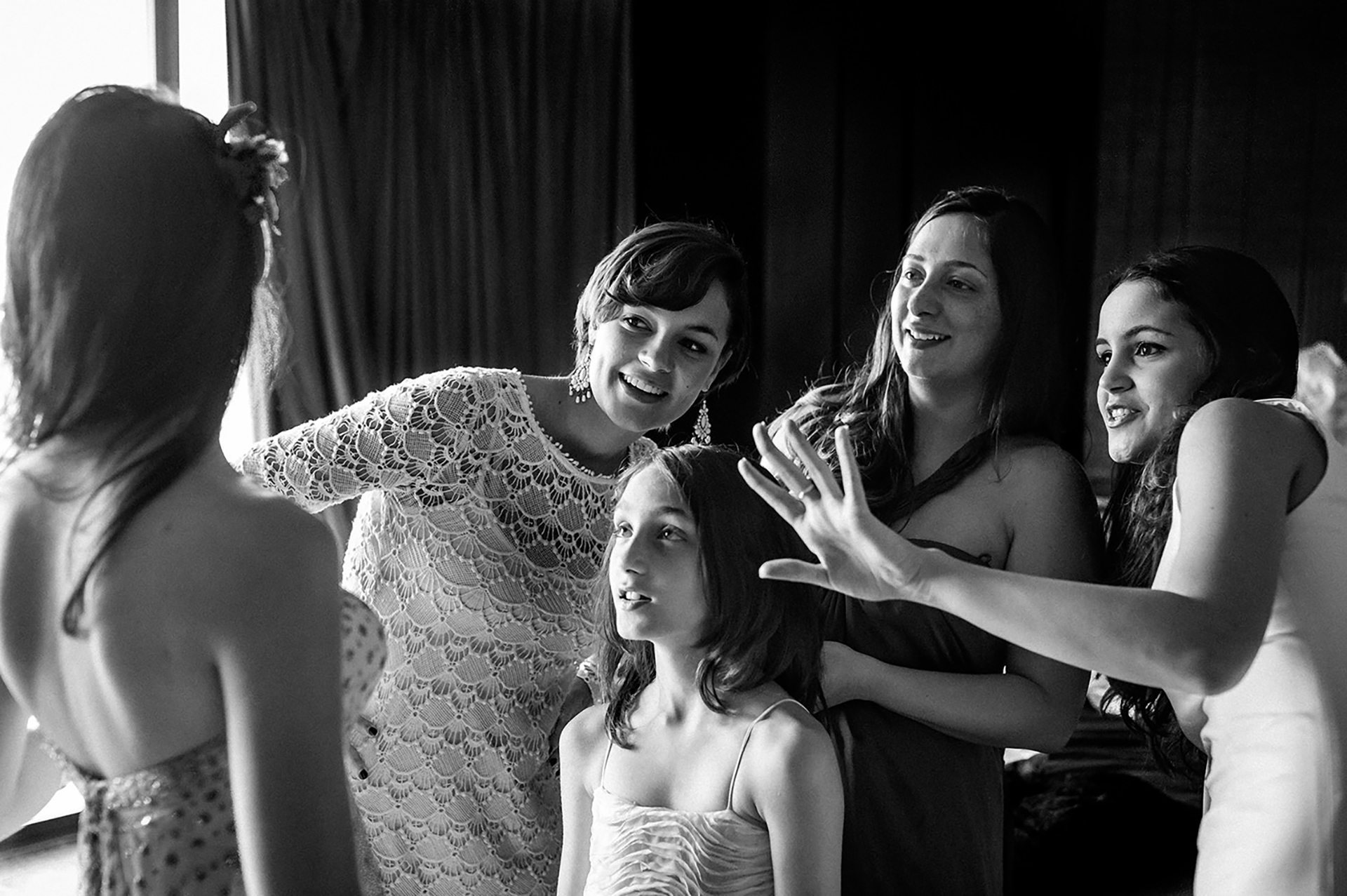 Amelia would like to choose a special and meaningful dress as her wedding dress, so when the bride’s mother showed her the gift that her great grandmother wore at her wedding in 1900, Amelia was shocked – it was so beautiful! The fabric is made of pure gold decorative materials with complex patterns by hand. Amelia made her wedding dress with a little modification. 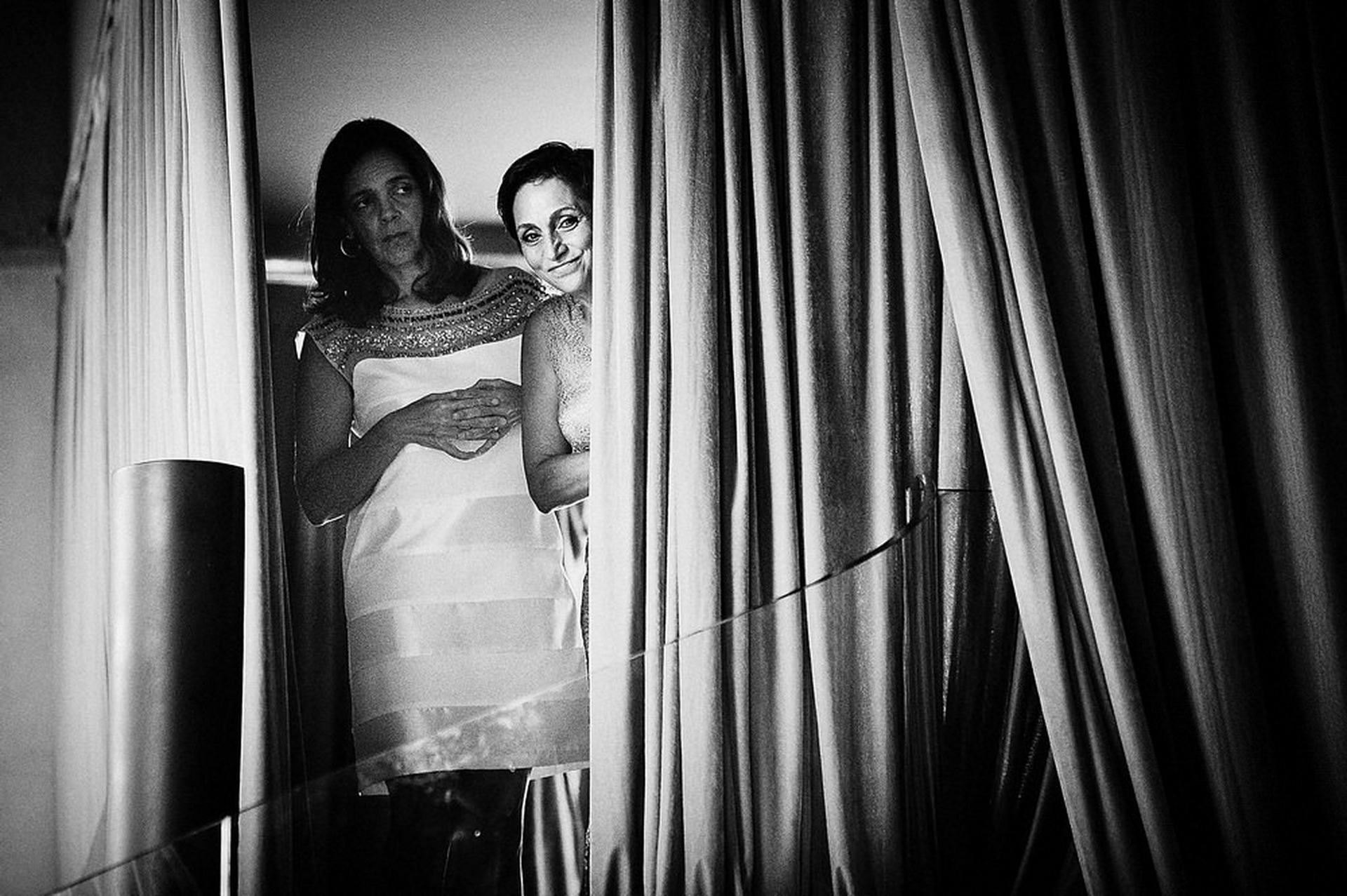 The bride's and groom's mothers were peeping on the guests before the ceremony. 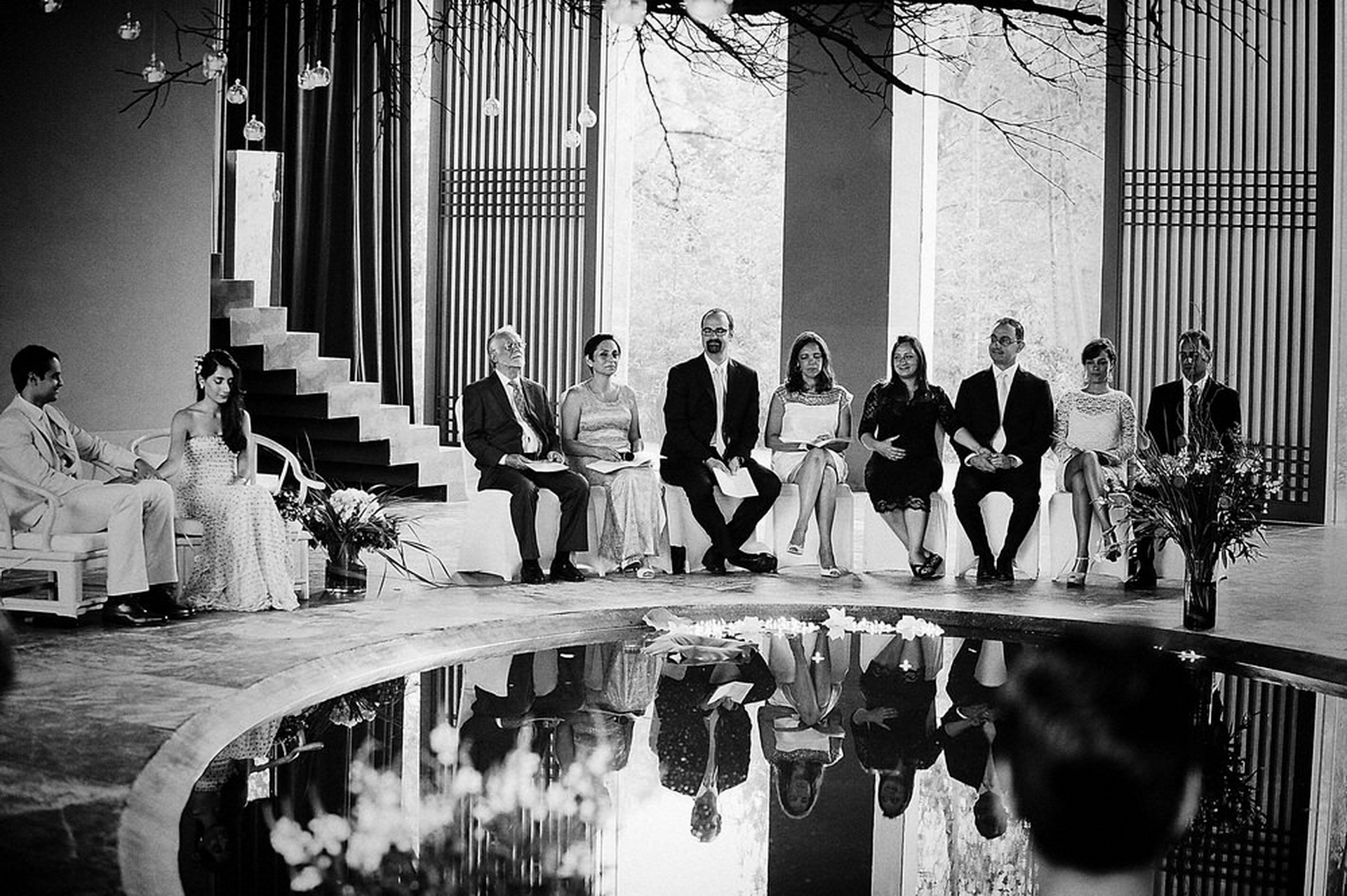 The main process of the ceremony is the guest’s message, prayer, and recitation accompanied by elegant music. It is solemn, ethereal, and warm. At that moment, you could feel calm in your heart. 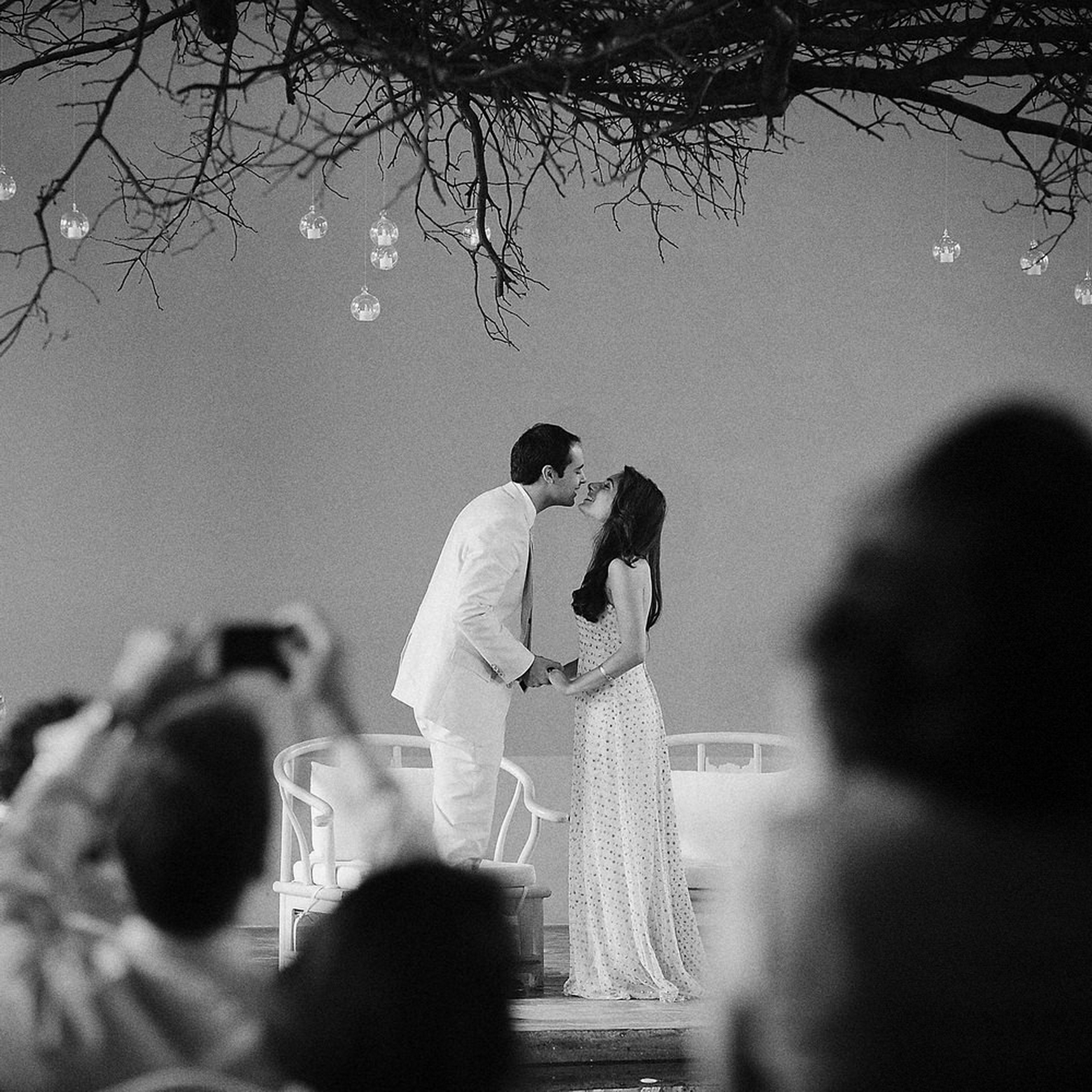 Beijing wedding photography from After the ceremony, as the family lavished the couple with kisses and hugs 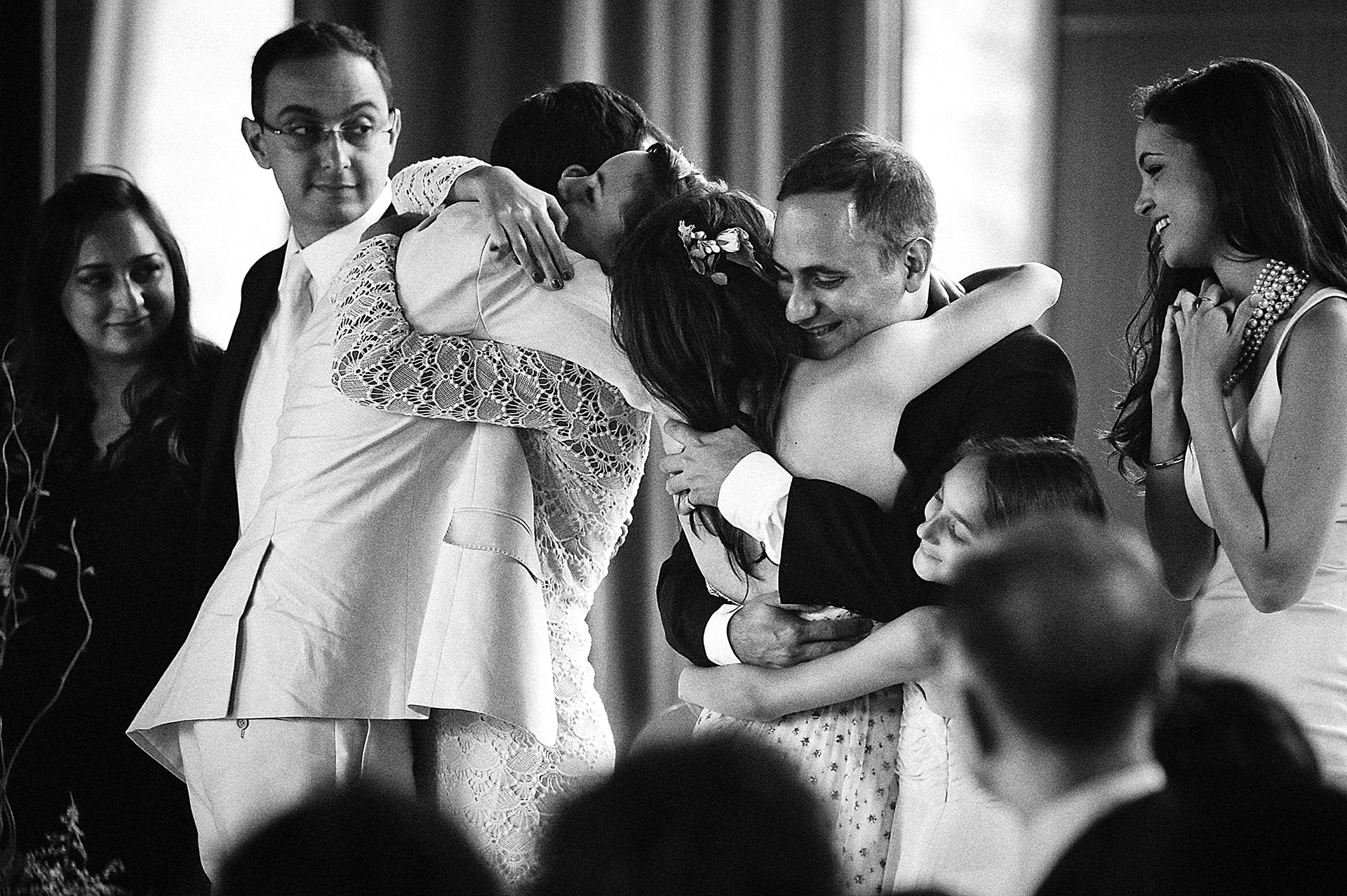 After the ceremony, the family lavished the couple with kisses and hugs. 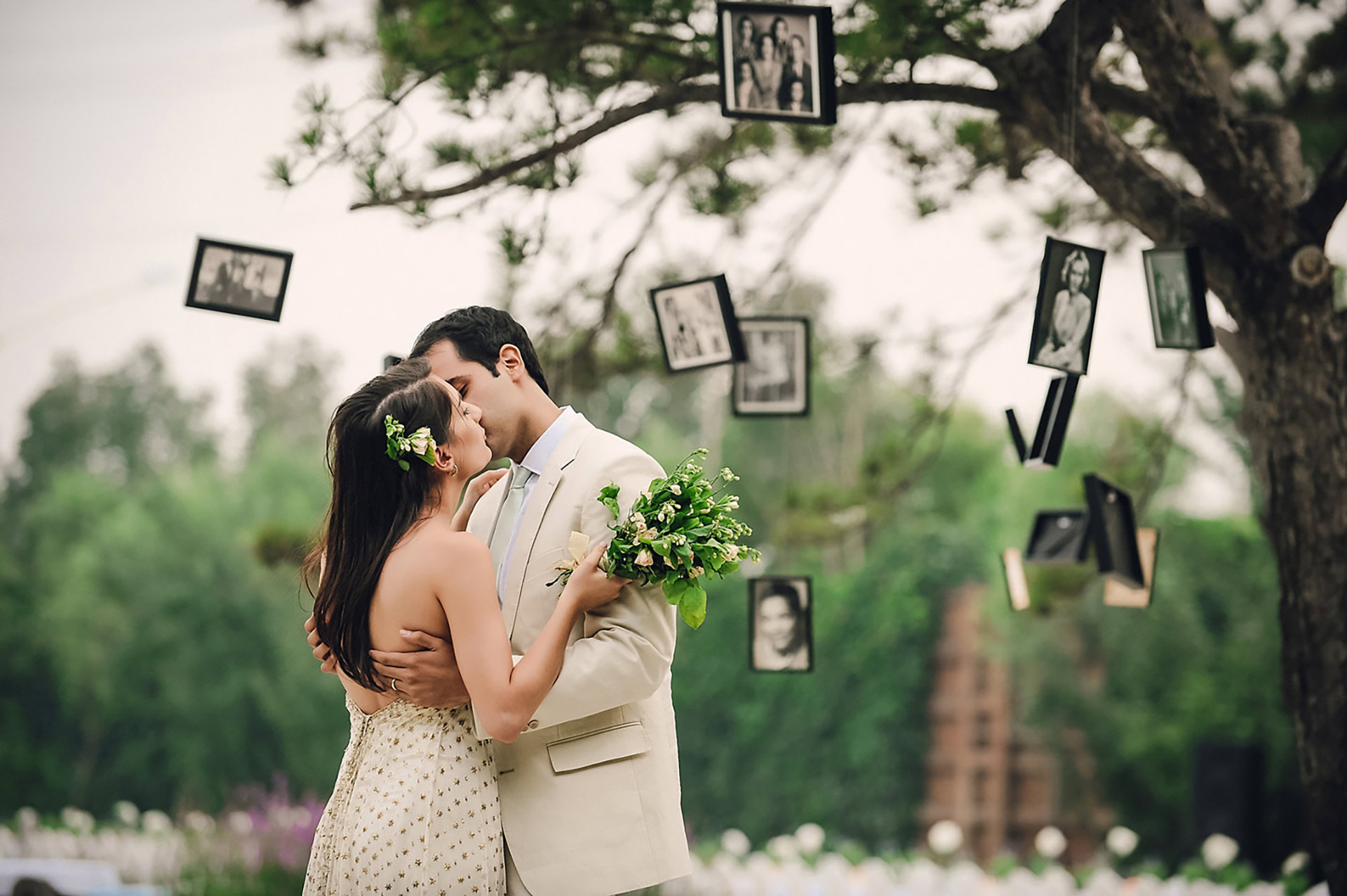 The new couple hung pictures of their parents, grandparents, and their loved ones on the tree, which they thought can express their respect for their ancestors in the family and got the blessing of their relatives who couldn’t visit the scene in person. The new couple especially liked to take photos with their parents when they were married. So an idea popped up to my mind, why not take some photos with the same actions as the people in the photos.