Elopement photographer Viara Mileva would love to hear from you if you are planning an event that might be a mini, fall, outdoor, themed, or another type of non-traditional wedding. The following small wedding took place in The Bee Spot - Hidden Meadows, Tamworth, Ontario, but Viara is available for intimate events in or around all of Ontario, Canada. 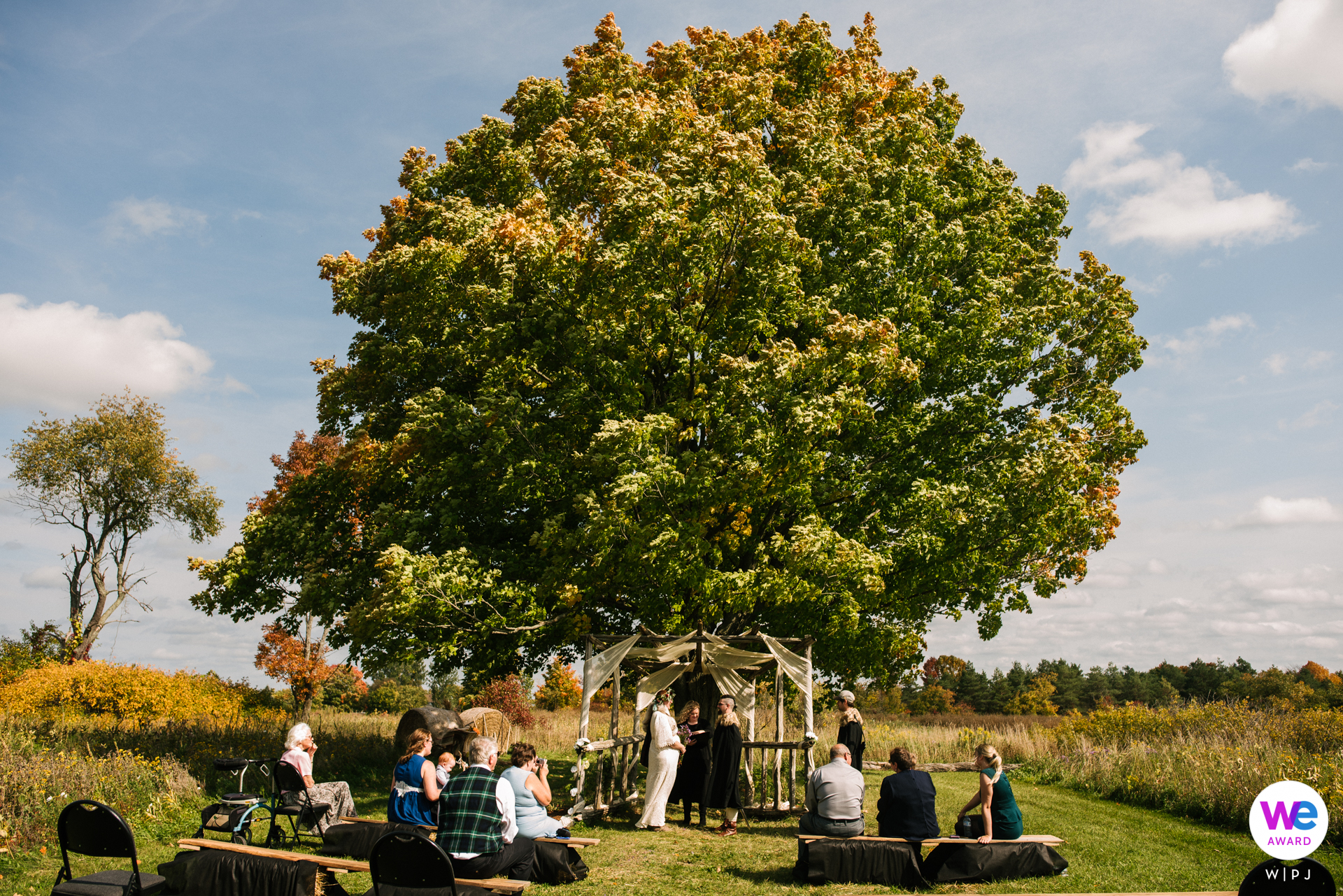 The ceremony takes place under a giant maple tree in the middle of two meadows.

This epic Viking-themed elopement was held in the middle of meadows of flowers.  The venue is called The Hidden Meadows because it's hidden off the road. If you're driving by, you cannot imagine there are 50 acres of flowers growing nearby. And yet, there they are.

The wedding day started with Laurel (the bride) putting on her Viking metallic makeup and beautiful Celtic dress, hand-sewn in Ireland. Her young son was there to cheer her on.

A really important detail of the day was the hand-decorated branch that Laurel had made herself. She found the "stick" in her backyard and added bits of fabric and other pieces to it. It looked stunning. She carried it down the 'aisle' instead of a bouquet.

The aisle was really just a clearing in between the fields. Laurel's father led her in, while her son spread aster petals as they walked. The aster was picked right off the fields just moments before.

The ceremony took place under a giant old maple, which grows exactly in the middle of two of the large meadows. Brandon (the groom) awaited, adorned with Viking runes drawn on his face.

Instead of a ring exchange, the ceremony concluded with a hand-binding ritual, befitting the Viking theme.

Afterward, non-alcoholic bubbly made the kids giddy. The couple was then whisked off by the venue owner with her ATV, to take some photographs.

It was a spectacular day in early fall, and the details that Laurel and Brandon included in their Viking wedding made it feel as though we really were living in Viking times, surrounded by trees and birdsong. Except for the cell phones :)

They had originally imagined their wedding quite differently.

But, surrounded by only their closest family and the serenity of nature, this day was perhaps even more beautiful than they could have imagined. 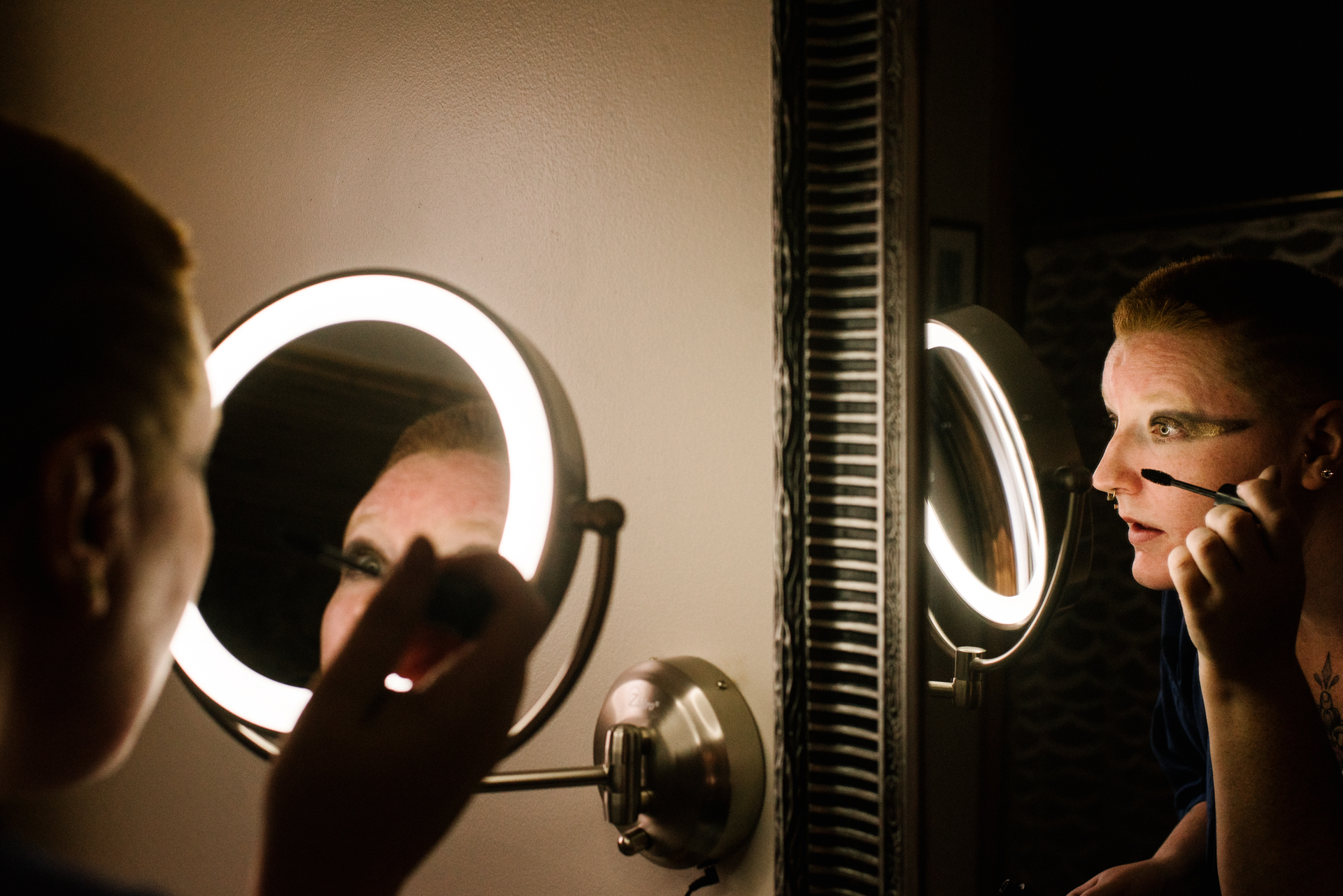 The bride, for this Viking-themed wedding, does her makeup on the morning of the event. The colors are metallic and bold. 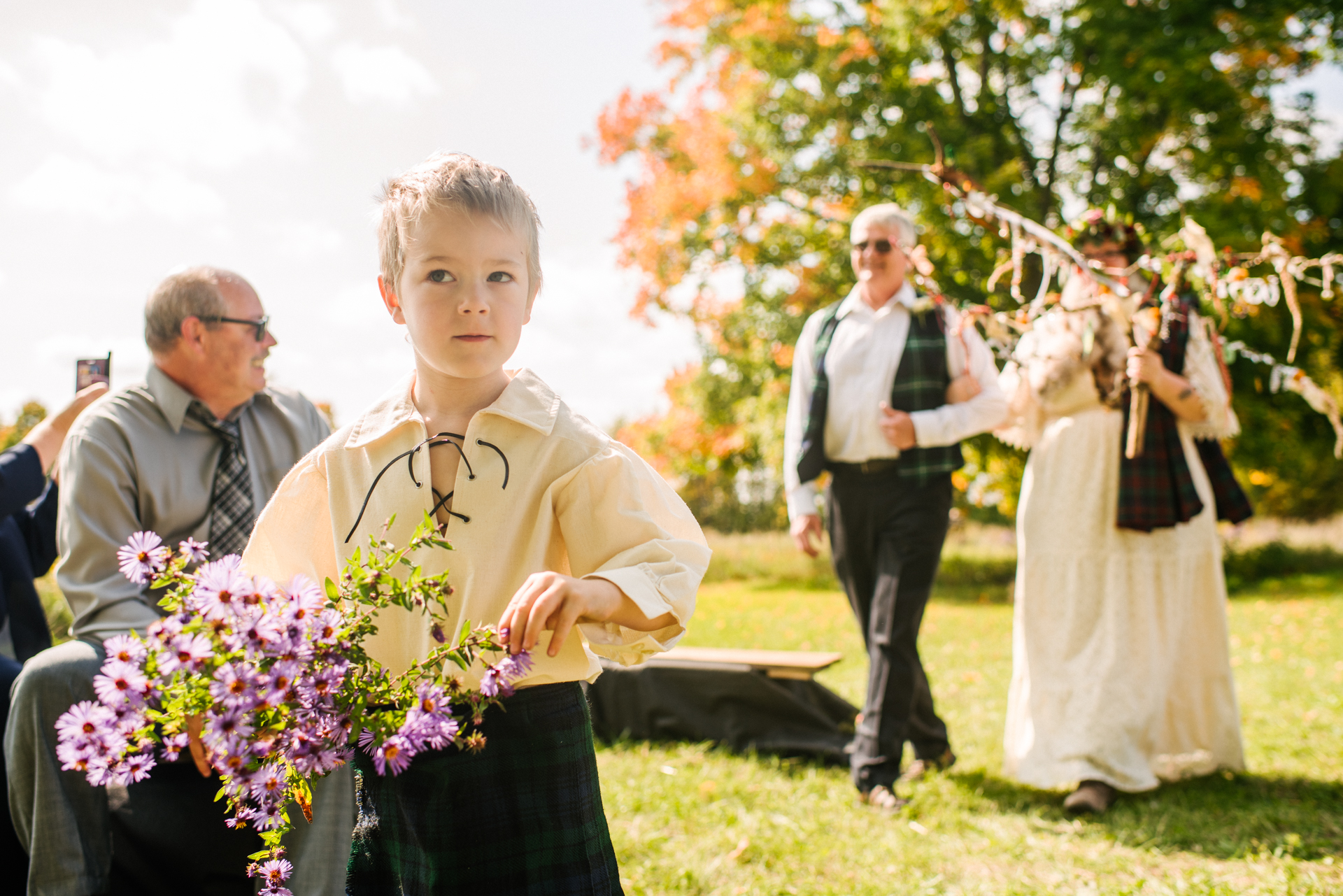 The couple's son was also the flower bearer. Here, he spreads petals of aster, picked from the fields just minutes before. 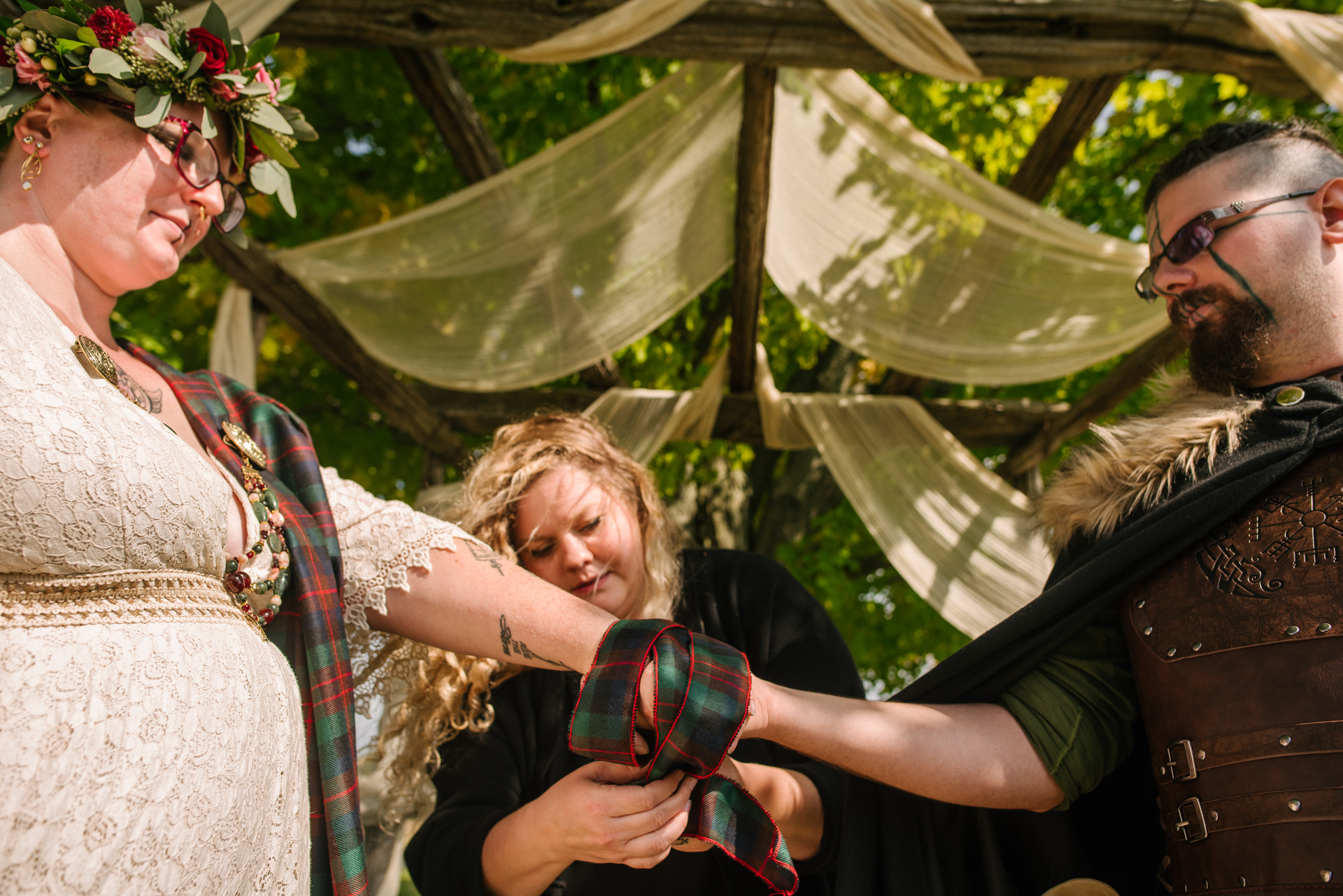 A Viking hand-binding ceremony instead of a ring exchange seals their vows. 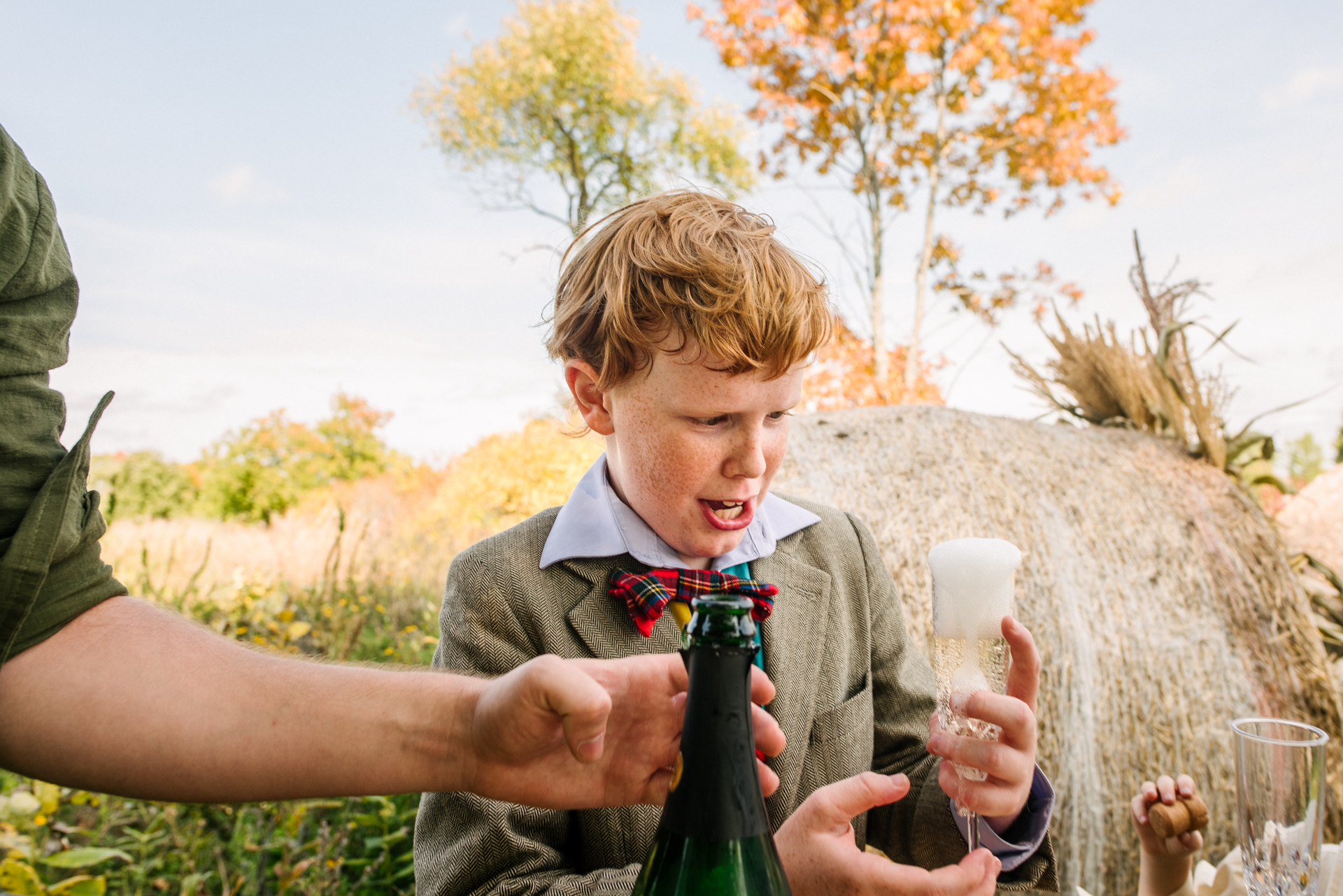 Non-alcoholic bubbly was part of the celebrations, and the kids got to try it, too. 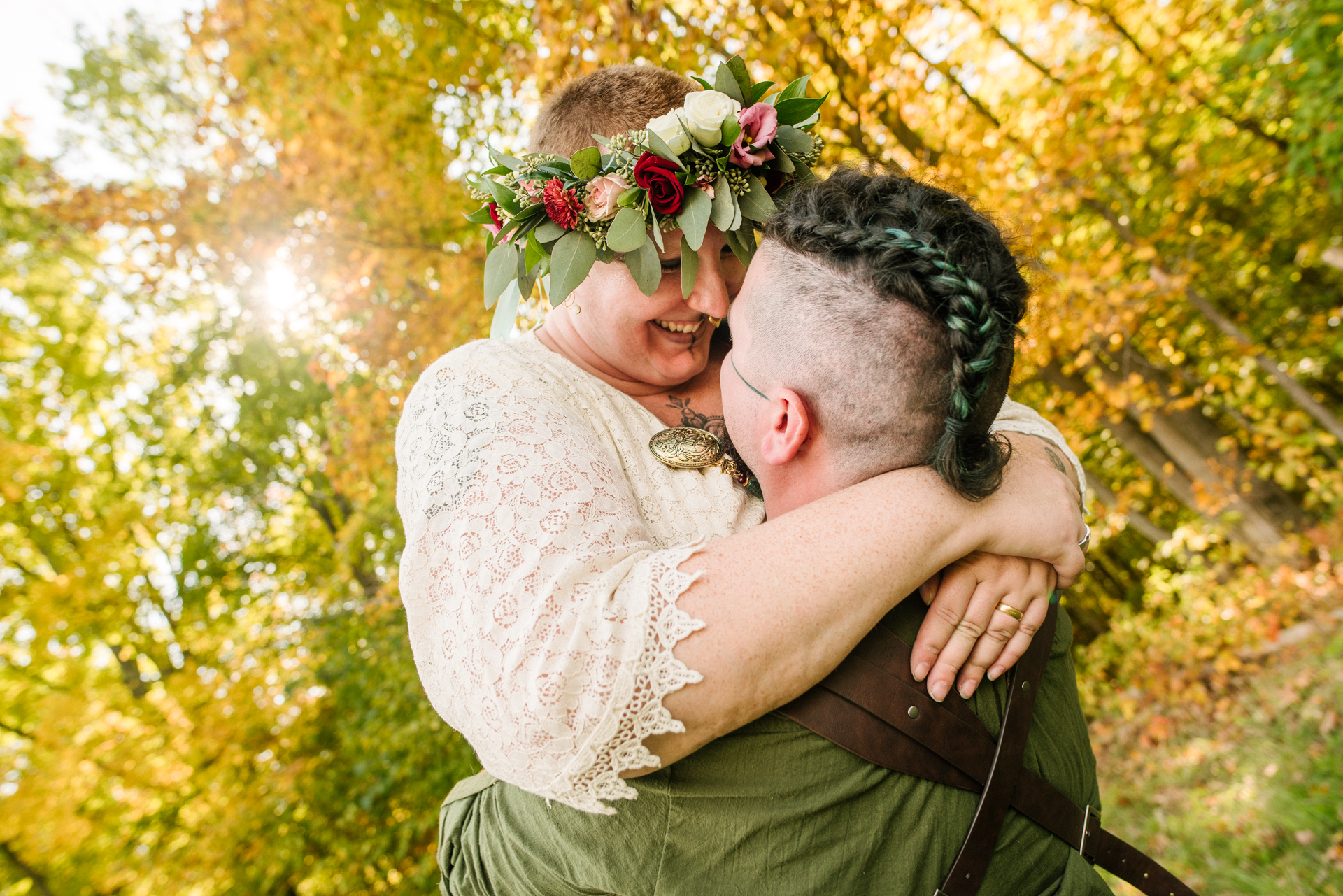 The couple takes a moment to enjoy their time together in the forest.

The Bee Spot, Ontario Canada Wedding Photo of The bride drinking non-alcoholic champagne from her horn 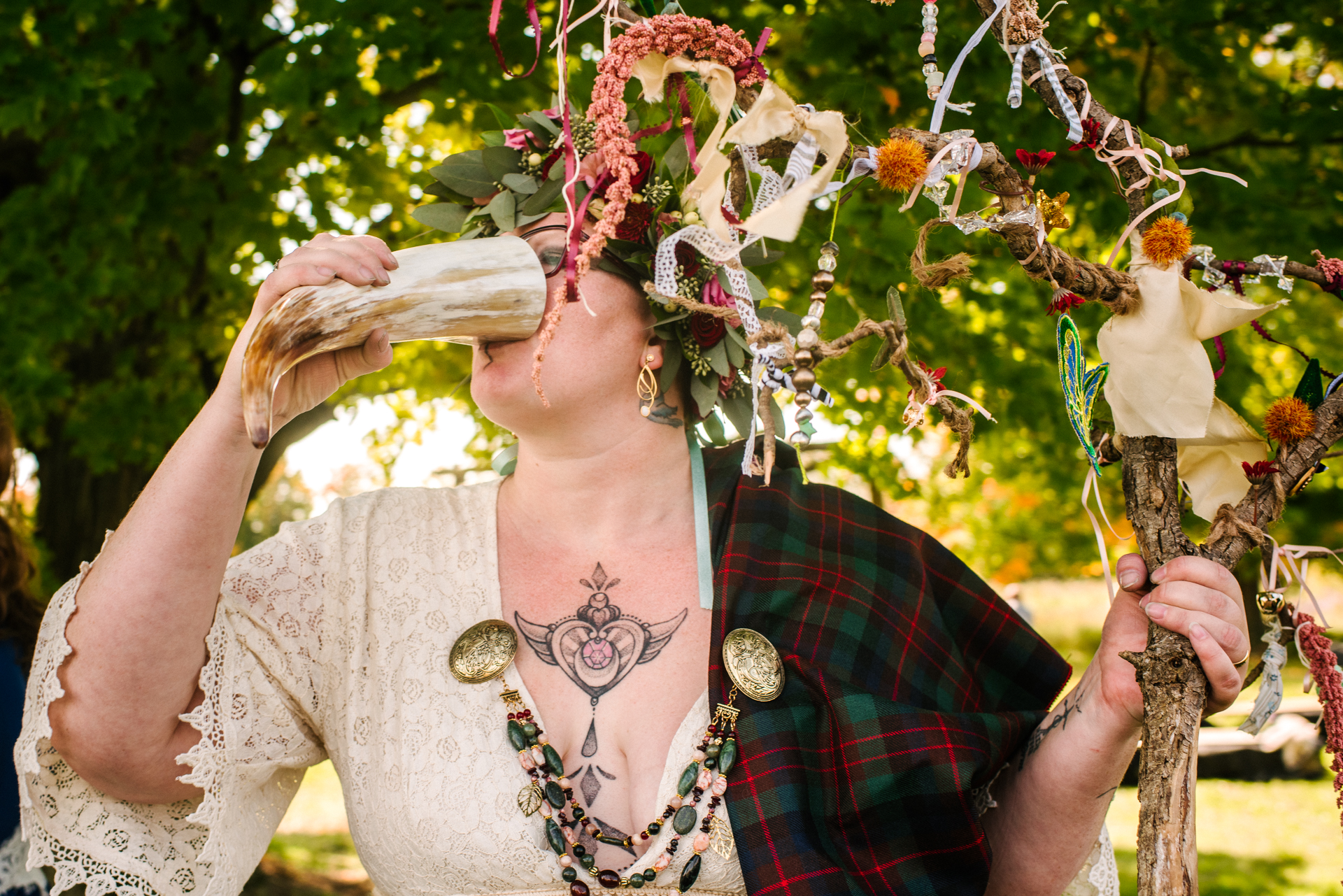 The bride drinks non-alcoholic champagne from her horn, as befitting a Viking wedding. 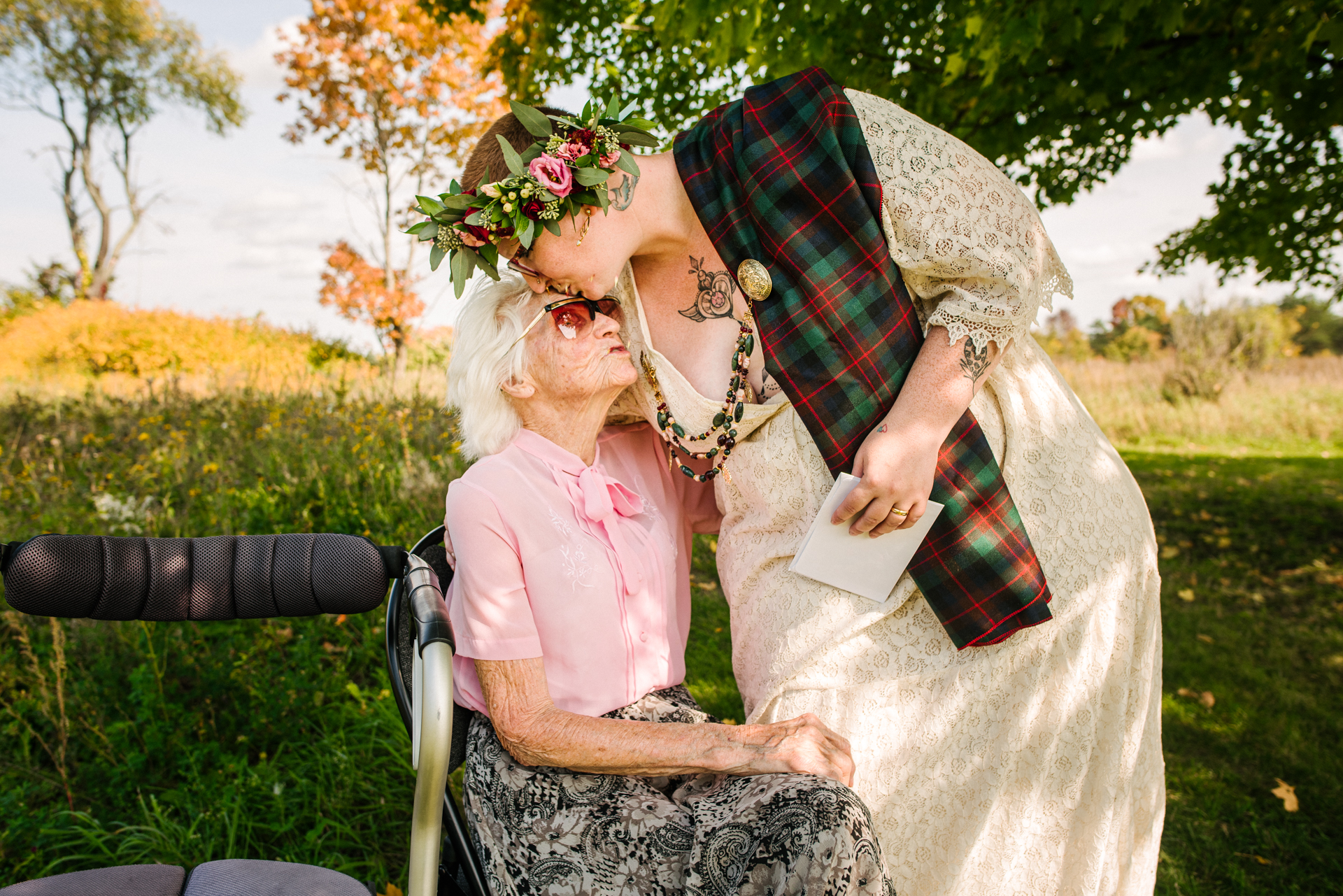 The bride leans in to kiss her grandmother. 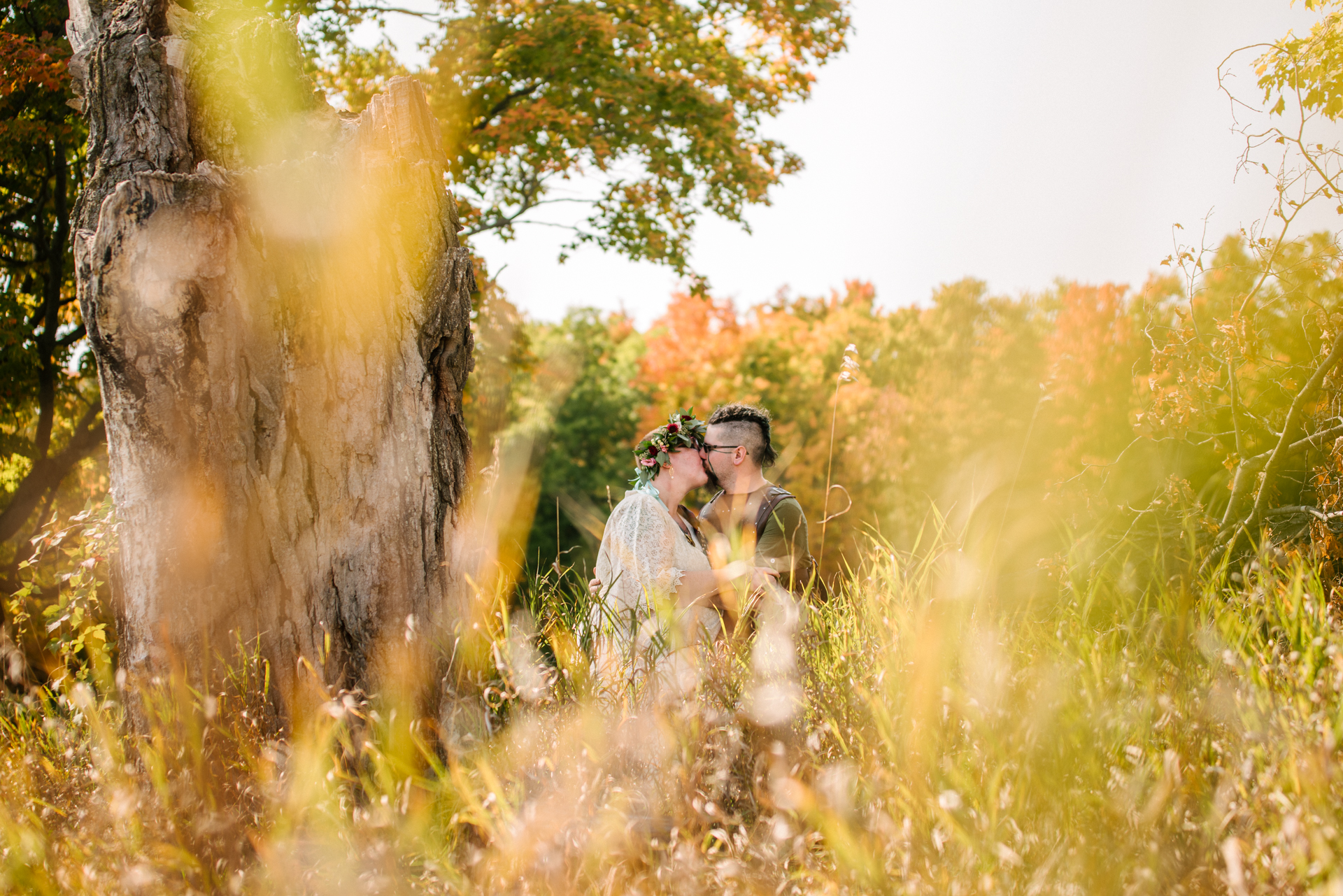 A stolen kiss among the meadows finishes off the day.