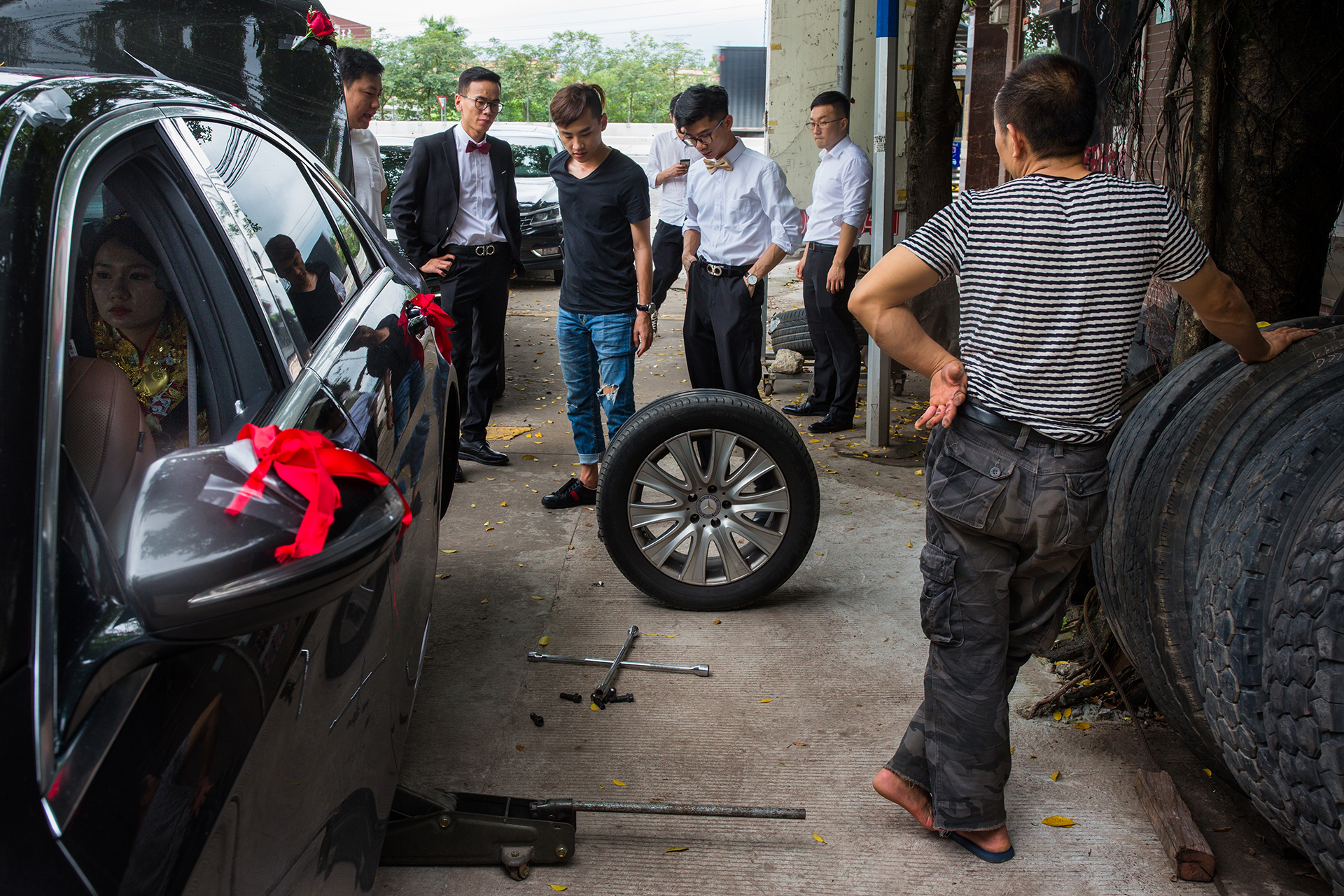 Many WPJA members can trace their roots to the news profession in some way, having shot everything from small-town stories to significant historical events that have led to Pulitzer Prizes. Likewise, many have felt the adrenaline rush that news photojournalists get from bagging the winning touchdown catch, documenting heart-wrenching tragedies and being on the front lines of history. There’s also the gratification of getting published with a byline in a major publication, and the mass-market recognition that often comes with it.

Those are feelings that are difficult to recreate, making it tough to tear some WPJA members away from the news profession altogether.

But there certainly are enough elements of the photojournalist’s life that make a full-time career in the business difficult. Unless you’re at the top of the game, the pay generally is sub-par, and there are numerous amateur photographers and budding photojournalists willing to step into your shoes. The hours and travel can become grueling for anyone wanting to raise a family or pursue other interests.

The news industry is also in flux, with the internet and 24-hour cable networks capturing ever more viewers while sucking up much of the advertising revenues that conventional news operations have depended on to maintain their business. According to recent surveys, only about 38 percent of Americans currently read a daily newspaper, and the number is continuing to drop. The number of newspapers in the country has also been heading downward, dropping over 20 percent in the last three decades.

Suffice it to say, it’s a tough situation right now for photojournalists. Besides the declining opportunities, traditional media outlets offer very little space or time for in-depth photojournalism. This is compounded by the “Paparazzi Effect,” where photojournalists, especially in large metro areas, are relegated to chasing down celebs or high-profile personalities in “gotcha”-type scenarios. A grim task indeed.

Given all of this, a number of WPJA members have had to constantly balance the drive to capture the news in pictures with the necessity to create a living for themselves, as news photojournalism has increasingly become a losing financial proposition. For many, wedding photojournalism has come to the rescue, offering a means of flexibility and extra income while essentially doing the same job. 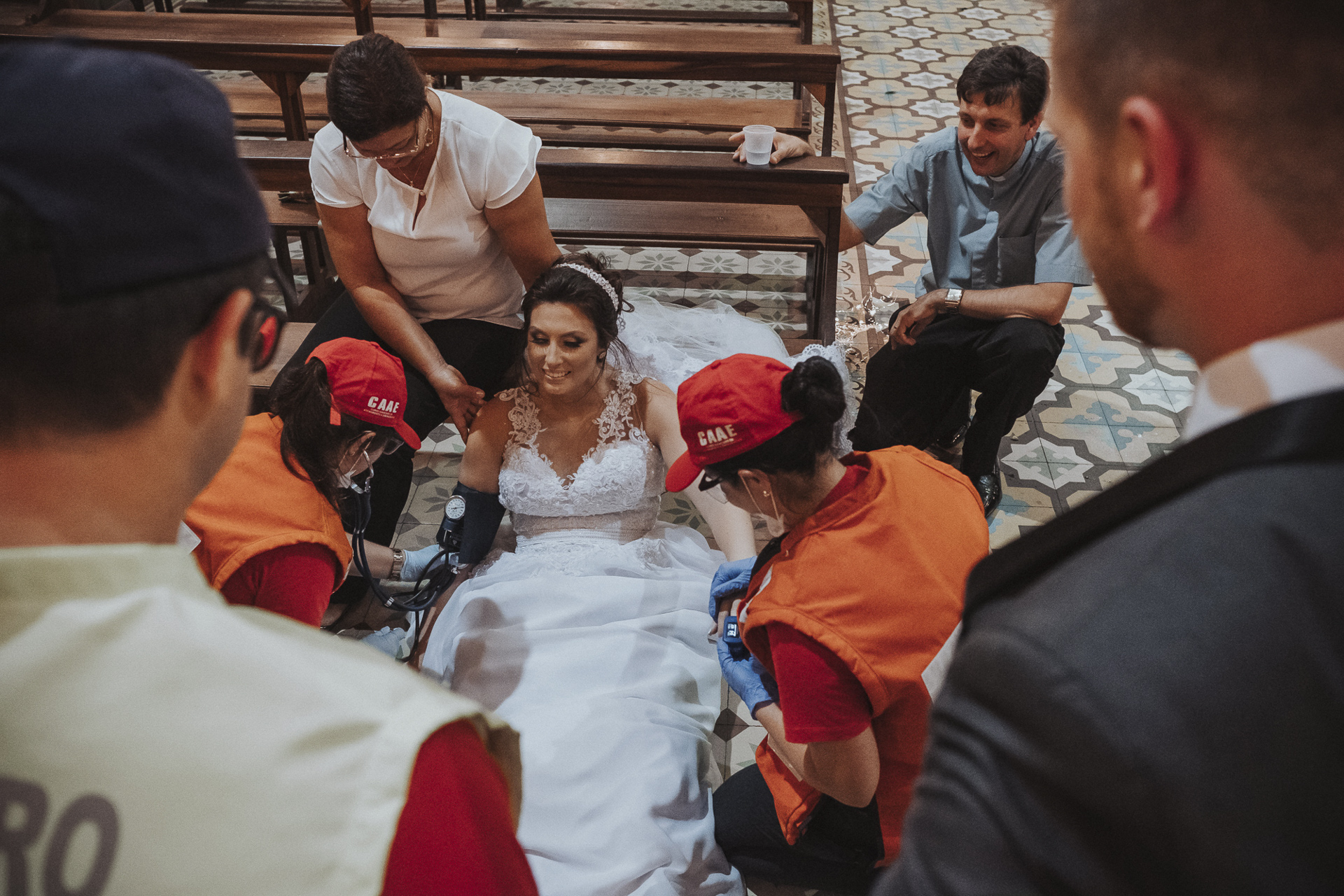 News editors operate on a much different set of directives than wedding couples. A news photo has to reveal several points of information to the reader, without being too artistic. Anything that takes away from the main narrative of the photograph is a distraction and will be cropped or, worse, rejected.

Weddings, on the other hand, provide an outlet for more nuance, a little more flair. You can get creative with points of focus, theme and composition.

Curiously, however, many photojournalists claim that their wedding work actually helps their news photography. The marathon shooting of a wedding helps the photojournalist to predict human behavior and stay completely dialed in to the unfolding of news events as they happen.

There aren’t many down sides to wedding photojournalism, in this sense. Other than working weekends, of course. Documenting weddings provides the long term benefits of thinking creatively in your work and becoming a stronger storyteller through imagery.

The physical toll of a full-time job at a newspaper can add up while bank accounts dwindle in the notoriously low-paying profession. To top it off, photo staffs are diminishing, weakening the camaraderie that can develop through long and late hours in the newsroom. Also, newspapers, for better or worse, often accept reporter-submitted or reader-submitted photographs; something previously unheard of at larger publications but nevertheless making full-time photographers more expendable.

Many news stories also may restrict creativity for the photographer, as you’re expected to produce a particular shot for a newspaper. The end result can be that staffers at some papers can spend much of their time working on drab assignments, taking pictures of buildings or construction sites and check passing ceremonies, days on end, that do little to further their photography skills.

When you couple this with an inflexible work schedule (which may also compromise your ability to take on destination weddings), it makes a news photography career all the more demanding and ultimately all the more challenging.

Regardless of the problems with the news business, there’s some sort of mystical pull that keeps photographers coming back. A steady flow of freelance assignments, mixed in with wedding and other commercial photography, can help satiate that desire to keep connected with photojournalism, while delivering a nice mix of topics to cover.