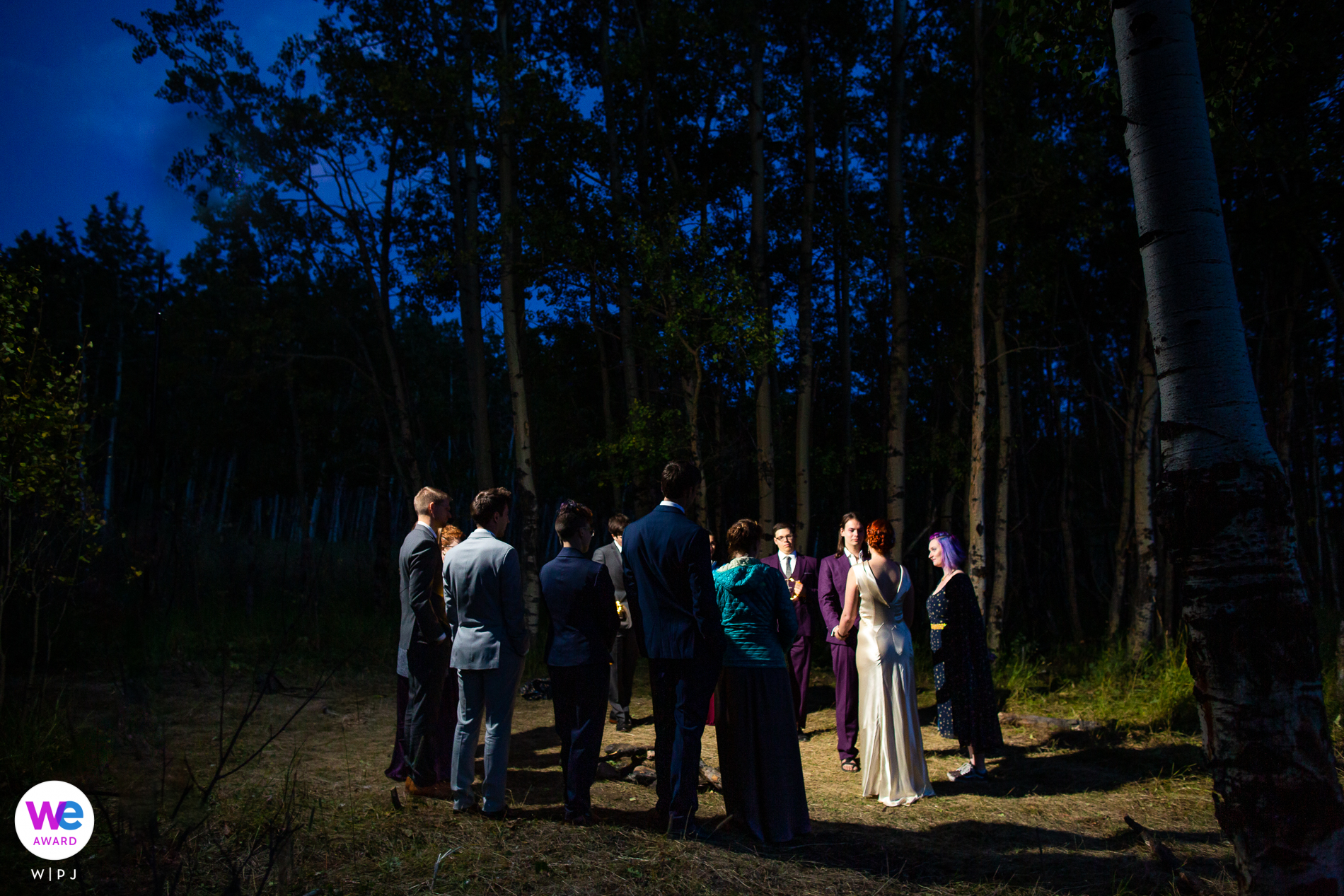 A twilight elopement ceremony in the woods.

Ruth & Will planned their commitment ceremony to be, above all else, authentically THEM. On a bright September Thursday, they gathered their ten besties in a colorful hostel and had a pillow fight while they beautified themselves.

Then we grabbed their pup, hopped in our cars together and headed up into the mountains outside of Fort Collins for their intimate elopement. We planned to stop along the mountain road on the way up for their romantic portraits- they told me to just yell “STOP!!” when I saw a scene I wanted to shoot – and stop we did! On the way up, I pitched the idea to them of kicking up dust from the dirt road so that the afternoon light would filter through the dust particles – I’m not sure I did a good job of explaining the shot I saw in my head, but we pulled over and they obliged. Their bridesman-turned-daredevil-chauffer Carl took their Subaru for a ride up and down a 20 foot stretch of road behind them at who-knows-how-many-mph, reversing and braking wildly and luckily producing lots of dust. It was also a surefire way to make the couple laugh, as every time Carl flew by in reverse they roared with laughter at the ridiculousness of the whole situation. I’m so glad they put their trust in me.

Near the top of the dirt road, they picked out a circular meadow in between a grove of aspens for their intimate wedding ceremony. It was quiet and still and everyone came with their hearts wide open, as they one by one made speeches of encouragement, support, and love in the growing darkness. Everyone cried during the couple’s private vows, and when they were finished we realized it was pitch dark. Just after their first kiss, they were absolutely mobbed by their ten friends holding circular lanterns that mirrored the shape of the circle ceremony.