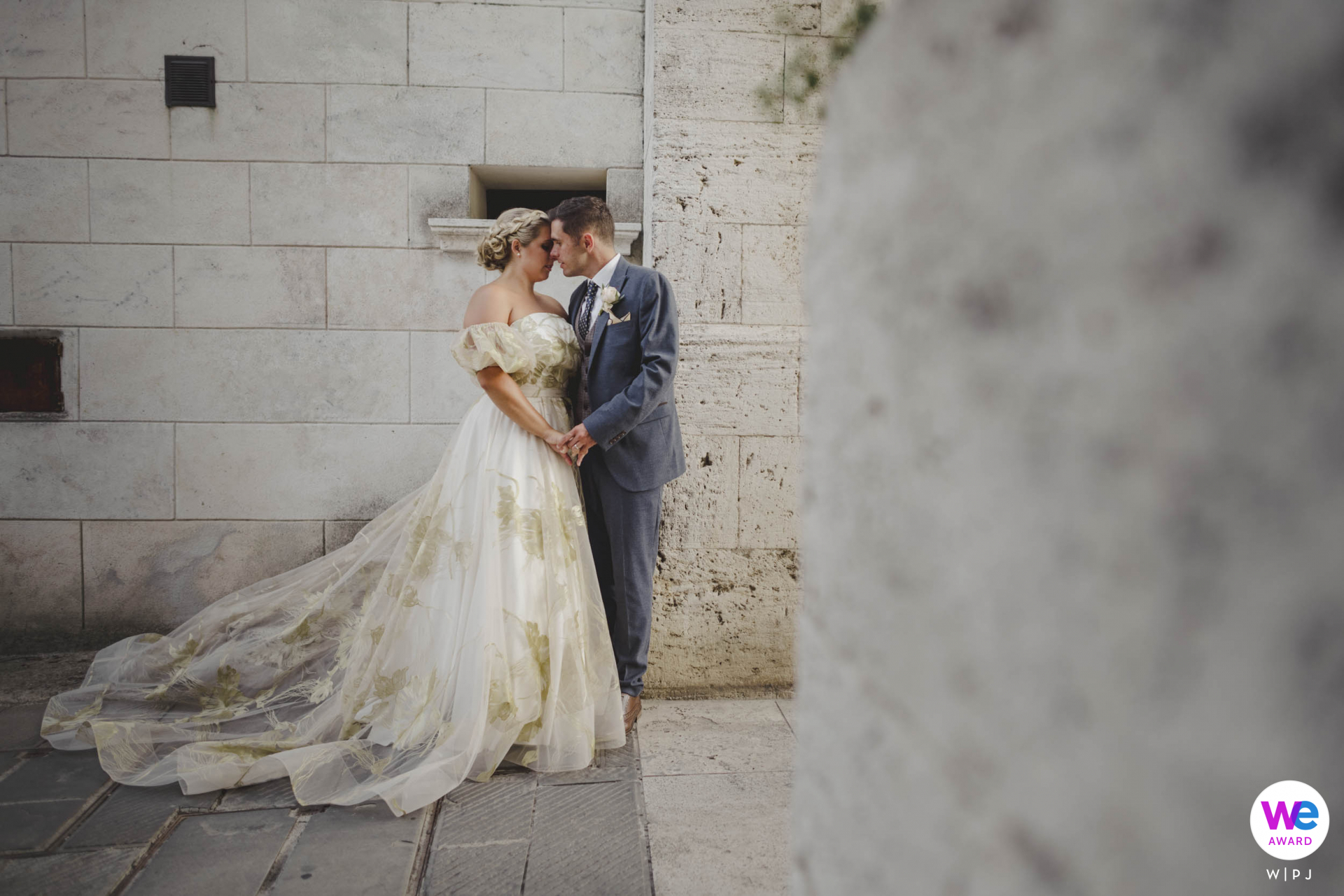 While posing for a portrait that felt both secretive and enlightening at once, the bride's wedding gown was on full display. The gown, with its billowing tulle and puff sleeve accents, looked as if it was created during the majestic medieval times in which the castle was built.

Charlie and Lacey were not able to have the large and lavish affair that they had originally planned due to the lingering impacts of the pandemic, but that did not stop them from having a whimsical wedding that was filled with romance and anchored by their fervent love for one another. They planned an intimate wedding at the Castello di Modanella, which is a medieval castle in the heart of the Sienese countryside. Surrounded by their closest family members and friends, this couple had a wedding day that seemed as if it was pulled from the illustrations of a fairy tale.