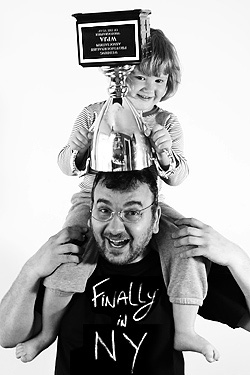 The WPJA is proud to honor Emin Kuliyev of The Bronx, NYC as its 2011 Photographer of the Year. While he speaks in short clipped sentences, Emin Kuliyev produces photographs that evoke a wealth of words and emotions. His work reveals a laser-like focus on the emotion of the moment, capturing the height of his subjects’ reactions. Though he humbly describes, “I can't explain it to myself—everything happens by itself. No control on my level. I just click on the button when I feel that I must do it,” his images speak to more than just excellent timing. Like any good photographer, Emin keeps in mind the rules of composition, lighting, and other technical aspects. This, he readily acknowledges. What seems to happen on a more subconscious level is his ability to absorb the emotion of the day, of the moment, and specifically, of his subjects. Like a sponge, he soaks up the atmosphere, gaining perspective and insight into the wedding party and guests. The results are images that truly capture the day in all its munificence of emotion. 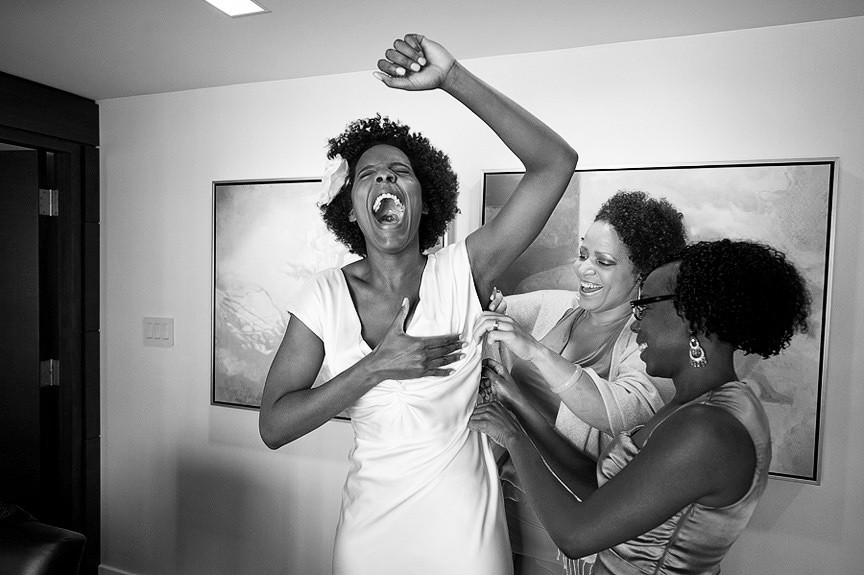 The common thread throughout his portfolio is the vibrancy and color of his subjects’ emotions. It is clear that he shares with them the happiness and buoyant, raw emotion that the wedding evokes. It’s not only Emin’s ability to capture his subjects’ feelings, such as joy, surprise, excitement, wonder, love, that sets him apart. But also, it’s his wildly creative imagination, which appears to be bottomless. Given the instructions by one bride to ‘do something unusual,’ he captured this image of the bride being blown off the ground, holding on for dear life to a ladder. For this photo, he won 1st place in WPJA’s ‘Trash the Dress’ portraiture contest. Born in Russia, Emin moved to New York City 10 years ago. Currently, he lives in The Bronx. About NYC, he says, “I love it because I have a chance to shoot many different cultures. It’s like I’ve traveled around the world without a plane or a ship; I’m just a resident of NYC.” Additionally, he claims that his hometown has the happiest couples in the world. While subjective, this statement shows just how attracted he is to what is delightful and positive in the world. One might think that Emin would find the happiness in people wherever he resides. 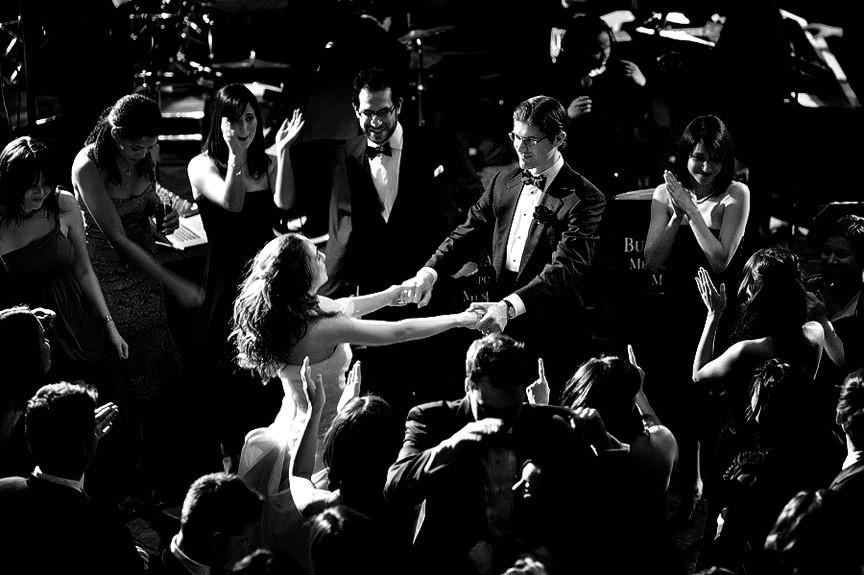 Though his setting is urban, Emin does not have a preference for a country, beach, or cityscape backdrop. The setting only helps to highlight his subjects, bringing them into greater focus. But why is wedding photography his preferred genre? He says that he likes the atmosphere and the opportunity to be surrounded by many joyous people. While aspects to Emin’s approach are completely instinctual and reflexive, he does have a methodology. He has what he calls a shooting plan that he attributes to WPJA’s contest categories. For example, he organizes the day into the bride getting reading, the groom getting ready, natural light, details, ceremony, reception and so on. A self-taught photographer, Emin credits WPJA and the WPJA photographers for inspiring him to become a wedding photographer. He says, “WPJA helped me to create a vision and grow as a photographer. When I photograph a wedding, I am motivated to do it better, to be more creative.” What stands out about Emin is a strong artistic sensibility that pushing him towards creating more expressive, beautiful, poignant work. While it’s difficult to imagine how he could possibly take his photography to the next level, we will not be surprised when he does. See more photos and information about Emin Kuliyev Lauren Ragland / For the Wedding Photojournalist Association