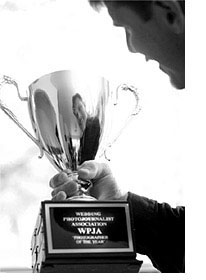 With a career that seems to be moving at the speed of light, David Beckstead earned the Wedding Photojournalist Association's first Photographer of the Year Award in 2002. What makes Beckstead unique are images that reflect an artistry that often requires the artist to test the edges of former photographic 'limits'. But the artistic leading edge of wedding photography is exactly where David Beckstead wants to be. As he recently explained to a group of his peers, "move while shooting and shooting while you're moving." It's a statement that is quite fitting for an artist who's style is hard to pin down.

Ask him what his exposure is and he'll tell you that he just "spins the dials" -- he overexposes and underexposes and fiddles with any dial the equipment has on it. He takes risks that purposely fly in the face of rules of so-called technical correctness. The results are that his stunning artistic images not only 'wow' his clients but have earned him the admiration of his colleagues. Pushed further to explain his style, Beckstead wants badly to explain it but, like most artists, his explanations are not about technicalities. 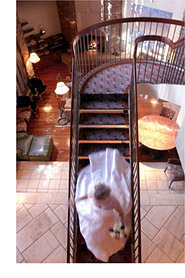 "I'm not a very technical person," said Beckstead. "I want the brideto see me as a creator rather than a technical photographer."

Frustrating as this statement may be to colleagues looking to study what he does and how he does it, it seems to matter little to brides looking for something very artistically different. To them, results are the only thing that matter.

Asked what brides tell him about his work, Beckstead said, "Your web site made me cry" or "It brought out some emotional feelings in me and that is why I called. How can I get you to shoot my wedding? How can we get this done?" Somehow my web site clicks with certain brides."

Beckstead talks in terms of making the wedding day fun and working with couples that give him the freedom to explore their wedding day story. But he knows he took a risk by marketing his own style and vision rather than fitting himself 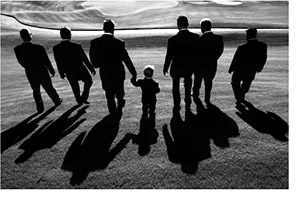 "If they prefer to make me do what they want then they probably won't be my client," Beckstead said, then explained: "It used to be you asked the bride, what do you want and follow her list. Instead I wanted to say, Yeah, I'll do some of the things you want but let me show you how I can make your wedding stylistic and fun and emotional, different than it has been done, different from the norm."

A little background on David Beckstead is that he has only been shooting weddings professionally since 2001. He had embarked in his professional photography career in 1996 when he "dabbled" (his word) in other areas of photography, aerial, hospital and legal work. Prior to 1996, Beckstead spent 12 summers in a row as a forest ranger fighting fires. In his leisure time, Beckstead has and continues to travel. He has been to 35 different countries, everywhere from Ireland to Nepal. 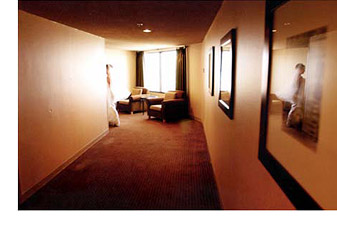 When professional photography beckoned to him as a new career path, Beckstead embraced digital photography when he saw that it was the medium that would allow him the freedom of artistic expression he was seeking. With that artistic freedom, Beckstead shared what he would like to convey to brides considering him as her wedding photographer.

"I'd like you to tell me what you see in my work that you like. The bride should have a small list of things that are extremely important to her to let me know. I want her to be patient and not have a lot of preconceived ideas about time. I want her to see me as a creator instead of a technical photographer."

Technology would further play a part as Beckstead sought to introduce his unique style to a wide audience of discriminating clientele. This would become possible with the reach of the internet. "I had to think outside the community and into state, national and international. I have to find my brides by the internet," said Beckstead. "Without the internet, I don't know how I could do it." Therefore, as much creative effort and care went into the design of the David Beckstead web site as goes into his photography. 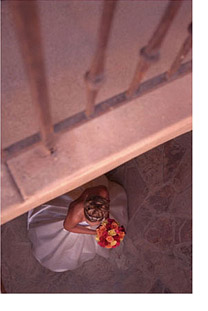 "I had set my entire web site up to funnel that artistic approach so that brides will have a certain response that I am an artist and that I should be left alone to create. Brides and grooms hire me to unleash the potential."

What is 'wedding photojournalism' according to David Beckstead? "Photojournalismdoes apply in my work but it's not a label I want. If there is one label I want to put on my work and for bride's to understand, I more want to be seen as an artist. You have to have imagery and a great website to be a higher end photographer. You have to sell yourself as a person. Instead of selling a product, you have to sell yourself -- not in boastful but in a unique way."

By Peggy Bair For the Wedding Photojournalist Association