To call Yves Schepers’ first year as a WPJA member eventful would be an understatement. Not only did the Belgian photographer win 41 monthly contest awards in 2019, but he capped his big year by being named WPJA Photographer of the Year. Not bad for a former corporate engineer who just began shooting weddings in 2014. However, Schepers views his experience as an industrial electromechanical engineer to be important to his current work: “Is it my engineering background, my passion for analyzing things and relations that help me create these kinds of images? It surely can be. Analysis is what drew me into the engineering world and it’s something I do throughout the day. Analyzing how the bride and groom interact with their family and friends and how I can capture these relations in an impactful way. Keeping an eye out for these stories from start to finish can be quite exhausting though, but it’s worthwhile when you can deliver images that capture the client’s authentic relationships with their loved ones.”

Schepers describes his approach to wedding photography as a hybrid between creative portraiture and documentary, though even that description may be too confining to someone who seeks to fill and complicate every image, saying, “I’m a perfectionist, am drawn to complex compositions and love to tell a full story in just one frame.” Schepers goes on to say that composition is something he thinks about constantly in order to elevate and maximize the impact of all his images. He notes: “I always integrate basic rules of composition when I’m shooting: the rule of thirds, leading lines, framing my subjects—by using these rules, I can create tension in an image, making sure the eye is led to that story you want to tell.”

Because he loves the whole gamut of photographic possibilities that a wedding affords him, his work cannot easily be pigeon-holed into one style or another. This makes sense, however, once you learn that Schepers has been drawn to experimenting with style since he was a child: “I was always drawing abstract, geometrical shapes and doodles, trying to find a balance in how lines and shapes interact.” On his website, he cautions prospective clients not to expect a “standard report” but rather “timeless images that capture your authenticity.” He dares his clients to allow him to expose their personalities, which, in Schepers’ view, is what truly elevates a photo, even (or especially) if it’s funny. He says that he is “indeed always waiting for that one element that makes an ordinary scene extraordinary. It can be something meaningful as a hug, a tear, kiss, a simple touch, but it might as well be something funny. I love adding humor to that equation.”

Schepers’ willingness, even eagerness, to try something different keeps him on the creative edge and is evident in his wide-ranging portfolio. He is as apt to find his “timeless images” on the fringes of the wedding day as in the inner circle of the bride and groom. His interest in layering images and stories is one reason why there are no bit players at weddings at which he is shooting; everyone in attendance is fair game. “For example, the image of the guests holding a menu card in front of their eyes to hide from the sun (a winner in WPJA 2019). It’s one of my personal favorites ever; everything comes together perfectly in this image. It has light, composition, moment, humor, graphical elements.” All that counts is “raw, intense, funny and even fragile ingredients that will color a future memory.” 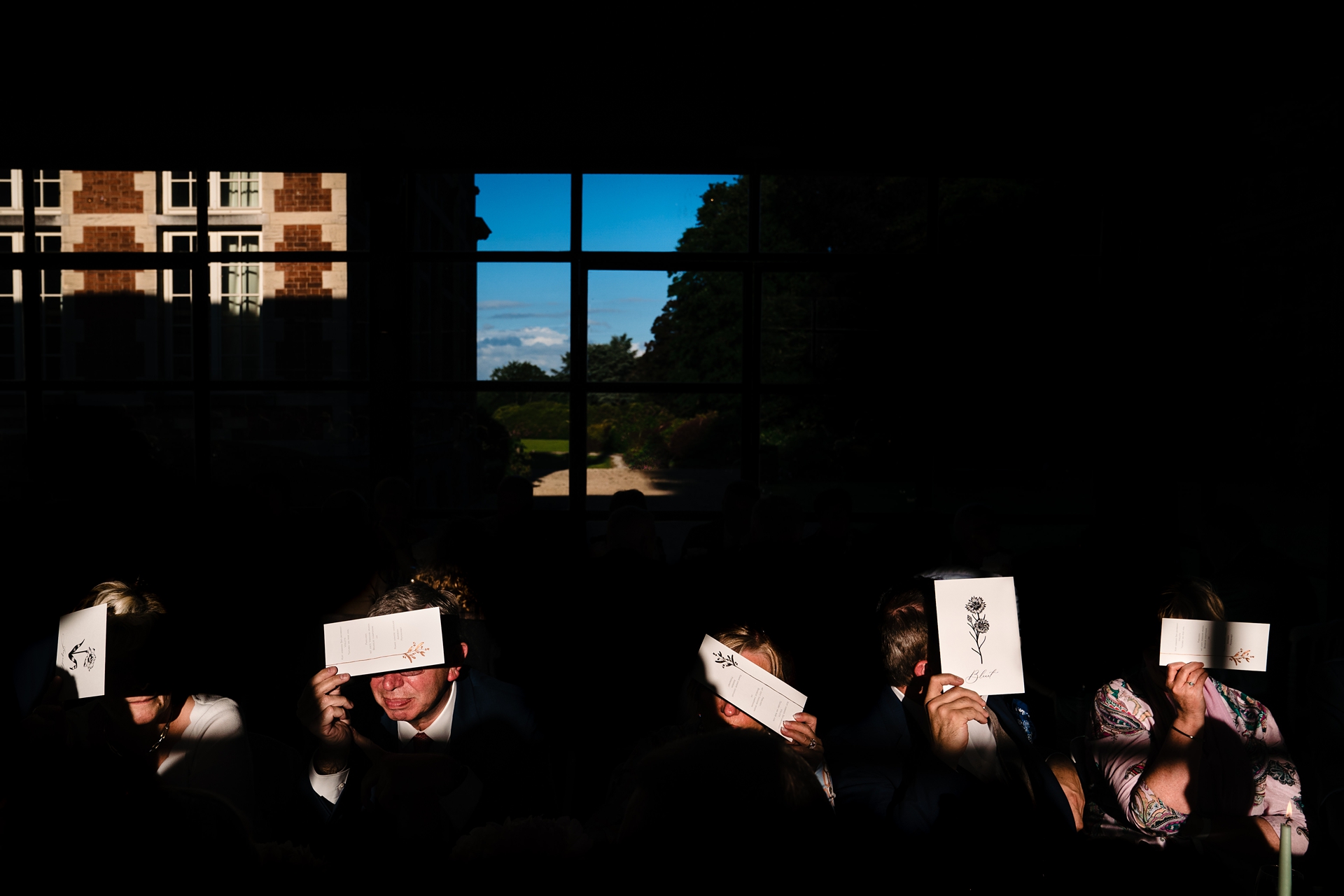 In his relatively short time in the wedding photography community, Schepers has seen a great amount of success. So, what tips might Schepers have to offer? When asked about his approach and method, Schepers says, “It’s actually firing off as many frames as my camera is able to! It’s anticipating the moment, shooting through it and not finishing until you see the situation dissipates, and then shoot some more. You never know what’s going to happen next; always be ready. But when I see something come together, it’s like all my senses are on high alert. I feel the adrenaline gushing through my veins and I’m totally in the zone, in the moment. You can just feel if something extraordinary or important just happened and it gives me so much more satisfaction than any paid invoice or award can give me. It’s capturing those kinds of moments that keep me going.”

In Schepers’ opinion, these small moments when real personality and the character gets to shine through are where the authenticity lies, saying that “the best and most unique stories don’t happen on those traditional key moments like a first look, exchanging their vows, exiting the ceremony, etc., etc., but during the in-between moments; that’s where the authenticity of the couple, their family and friends really resides. That’s why it’s so important to at least keep an eye or ear out during your breaks as well to make sure you can be right there in the action when something interesting is about to happen.”

However, with a camera constantly shooting, and in striving to always be ready for the next shot, there’s not actually much time for a break. In speaking to his personal style and preferred method of shooting, Schepers acknowledges: “I’ve learned I probably make it much more difficult and draining for me than I should. I’m an ‘either in or out’ kind of guy when I’m shooting, I hardly ever take a break, I push myself extremely hard to make sure I can tell my client’s story in the best possible way.” But, coupled with this intensity of focus, Schepers reminds us that it’s also important to remember where you are. Even with things happening constantly throughout the day, Schepers says, “I do have my serious, in focus game face on when I’m in the middle of shooting. All my senses are on high alert, but I also make sure that between shooting I’m very approachable to any guest at the wedding.”

It’s clear that Schepers has already developed a great appreciation for this new community he’s become a part of, and he says he has come to relish the camaraderie he has struck up with fellow professionals. He is a networking advocate as well, noting that “everyone at the wedding is a potential ambassador of you and your work as a wedding photographer,” and he advises newcomers to join associations such as WPJA and to view fellow members not as rivals but as colleagues whose sage advice can advance their careers.

Schepers shoots family and corporate events as well as weddings, but it is safe to say that he has left his corporate engineering days behind him. He does not regret the day that he decided to trade in his slide rule for a light meter. Now, he says cheerily, “As long as my images evoke emotions, I'm a happy camper."