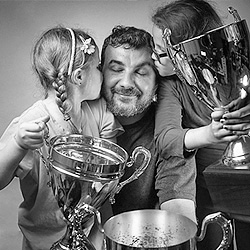 New York City wedding photographer Emin Kuliyev, the only person to ever simultaneously win Photographer of the Year for both AG|WPJA and WPJA, is clearly a competitive force. However, he says he doesn’t try to win in any competition. “I started my own competition in my head, based on categories [at the] WPJA. It’s a competition with myself,” he says. As such, he claims he is never nervous about results and credits the organization as a mentor through the many inspirational images he finds there.

Emin’s foundational philosophy about his work is that a photographer’s images are directly tied to their own personal experience. He attributes successful images as “luck, multiplied [by] your experience,” and, of course, your camera skills. “It [the camera] should be just an extension of your hand or eye.” He believes that pressing a shutter button will not create an exact replication of a moment. Rather, the ability to capture moments is shaped by one’s own individuality, and thus the creative process renders an image as a vicarious expression of self and subject. As he explains, “Merely holding a camera does not mean the gods [will] give you the shot. You must have something inside you. If so, [it will be] immediately visible within the photo.” 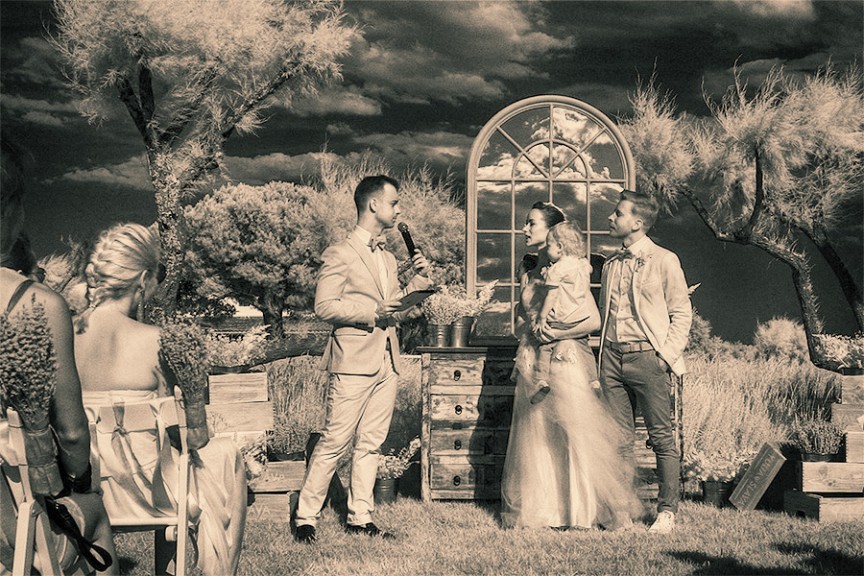 This philosophy leads him to tackle the documentation of a wedding purely on his own, as the singular photographer, to keep the imagery consistent. He never uses a second shooter, and only uses an assistant to haul equipment, because, as he says, “I have many bags.”

Emin's switch to the Sony A7 series of mirrorless cameras has made a significant impact on his work. “It has completely changed my vision. When I started shooting mirrorless, it was like I was blind before.” He is also a relentless innovator of lens techniques, using projection lenses that are usually placed one to two inches in front of a camera’s lens mount to achieve a wide variety of effects. He enjoys experimenting with equipment and calls his process "like playing chess on a few boards at once.” But for Emin, it’s all he wants to do. “I don’t have any other interests,” he says.

Interestingly, Emin eschews autofocus, preferring to focus manually using his interpretation of traditional zone-focusing, a staple of photojournalists decades ago using Graflex Speed Graphics and Rolleiflex twin-lens reflex cameras. It’s a necessary skill, he says, because “I seldom shoot through the viewfinder.” 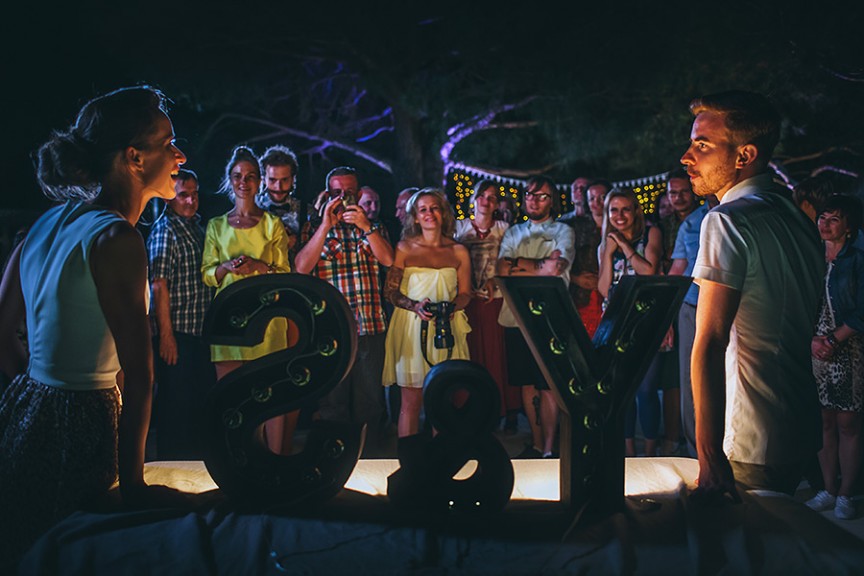 He limits himself to ten weddings a year, to be sure there is enough time between assignments for the editing process, and his family. But perhaps a larger factor is his unwavering commitment to excellence. “I try to be perfect. It’s my weakness.” The maximum amount of images he can usually edit in a session is just a few hundred. Beyond that, he says, “My eyes get sore… [and] I [begin to] hate those images.” With a sigh, he adds, “It’s an extensive process."

Emin is captivated by the privilege of documenting the human experience, particularly on one of the happiest days of their lives. He says he doesn’t worry when shooting weddings, he just immerses himself in the spirit of the day. “People choose me because they like my vision.” The feeling is apparently mutual because he says working with his subjects makes him feel “like a battery,” because of the energy he receives from them. “It is my life. I love it because I get some energy from the people." After all, he says, "At a wedding, everyone is happy.”