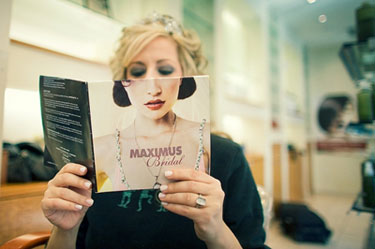 When shooting weddings, award-winning New York photographer and AG|WPJA Photographer of the Year (POY) 2008, Emin Kuliyev practices rapt attention. For as many as 13 consecutive hours Kuliyev focuses on the day’s event, without eating, sitting or losing concentration. No detail is so small as to slip his notice. No physical twist, bend or turn is too much for him, including multiple hours of standing.

And that kind of focus doesn’t end on the wedding day. Kuliyev spends a month afterward culling through up to 8,000 images he typically shoots over the course of a wedding, from getting ready to reception reverie. He compares a day’s shooting to climbing Mt. Everest while hauling a large, heavy camera bag—but he wouldn’t do anything else in the world. 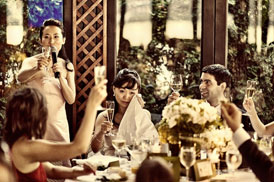 Kuliyev’s ability to hyper-focus is matched only by his uncanny perception. His exquisite timing makes for slice-of-life, candid photos that are touching, funny and surprising. He attributes his knack to knowing the precise moment of when to hit the shutter release button to experience and a little ESP.

A native of Azerbaijan, Kuliyev lived in Moscow before moving to New York in 2000. Only a year after his arrival a car accident broke his leg so severely he had to endure five surgeries and spend a year bedridden. Kuliyev made his sidelined year productive, though, by teaching himself photography. He found his professional background as a graphic artist and lifetime of drawing particularly helpful in learning the craft. Now he teaches wedding photojournalism seminars to other photographers worldwide.